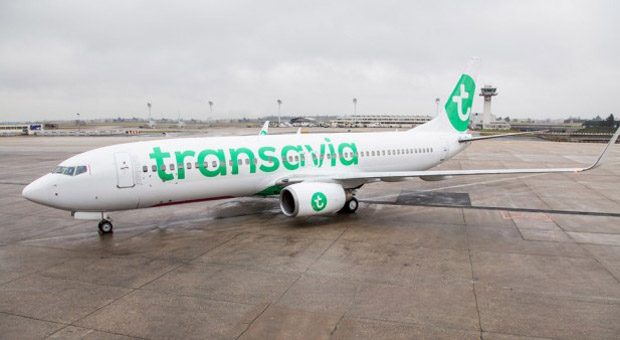 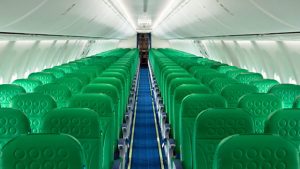 Transavia, one of the portfolios of brands of the Air France-KLM Group, continues to develop, thanks to its focus on low-cost flights, operated from France and the Netherlands, to a variety of European destinations. Transavia was founded in the Netherlands in 1965 and therefore brings more than 50 years of experience, safety and trust for its passengers. It is a wholly owned subsidiary of KLM, and offers flights to more than 110 destinations in Europe and North Africa from its seven hubs in three European markets; the Netherlands (Amsterdam, Rotterdam/The Hague, Eindhoven), and France (Paris, Nantes and Lyon) as well as from Munich in Germany. In 2007 Transavia France S.A.S was launched to respond to a number of market needs and is based at Paris Orly, with its own dedicated fleet of 25 Boeing 737-800s. 40% of the airline is owned by Transavia Airlines C.V, with the remaining 60% owned by Air France S.A. Transavia France operates under the brand name of Transavia, with an identical business model, website and image. 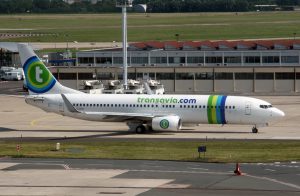 The airline launched its then daily service, between Dublin and Paris-Orly (TRA8906/7), on 1st June 2015, using Boeing 737-8K2, PH-HSF. Orly Airport is located less than 10km from the centre of Paris and was the city’s original airport, prior to the opening of Paris Charles de Gaulle Airport in 1974. For summer 2016, the frequency on the route has been increased to a peak frequency of 11 per week, with a daily (except Sunday) morning service and a five times a week evening service (no Saturday or Wednesday service). 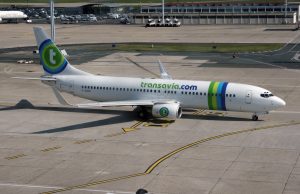 On 4th May, Transavia Airlines C.V., announced its entry into the German domestic market, with 12 weekly flights between Munich and Berlin Schönefeld, beginning on 30th May. In a comment on the new services, Mattijs ten Brink, Managing Director of Transavia said; “it was a logical consequence for us to respond to the demand for affordable flights to Germany’s capital.”

The flights between Munich and Berlin will be operated twice daily on Mondays to Fridays and daily on Saturday and Sunday. The flight times are tailored to the demands of business travellers and allow spontaneous city trips during the weekend. Though Schönefeld is currently a major hub for other low cost competitors, easyJet and Ryanair, neither of these airlines has managed to develop a significant domestic German network out of Berlin. Indeed Ryanair and germanwings are the only other operators to serve domestic cities from Schönefeld. Both serve Cologne/Bonn, while germanwings also serves Stuttgart.

By offering the German domestic flights, Transavia is reaffirming its growth objectives to become customers’ low-cost carrier of choice. It is also maintaining its leading position in the Netherlands and become the number one company on departure from Paris-Orly to European destinations and serving 11.5 million passengers annually.

Transavia offers 100% clarity in pricing with “no hidden extra costs”

It is one of the greatest annoyances of people who fly, that when they buy a ticket online, they can end up paying more than the amount than the original fare. In 2018, a new guideline will come into force that forbids businesses in the entire European Union from charging these hidden surcharges. In the Netherlands, Roland van Vliet, from the political party, PVV, does not want to wait that long and is calling for a new bill to be introduced much earlier. Presently in the Netherlands, sellers may charge up to 0.3% of the transaction costs for credit card payments and 0.2% for debit card payments. That limit is rarely upheld. “‘Go and book a ticket online, when it’s time to pay there is always an extra charge on top”, added the MP.

However, Transavia aims to be the most affordable and accessible airline in Europe, and last year, it introduced a completely transparent fare structure, with three distinct packages: Basic, Plus and Max. With this arrangement, passengers can always select the price and travel experience that suits them. “We do not believe in hidden costs”, said the company’s CEO in a recent statement. “Even if our passengers book a ticket online. We always offer one transparent price, including any surcharges and without separate booking or reservation costs” he added.