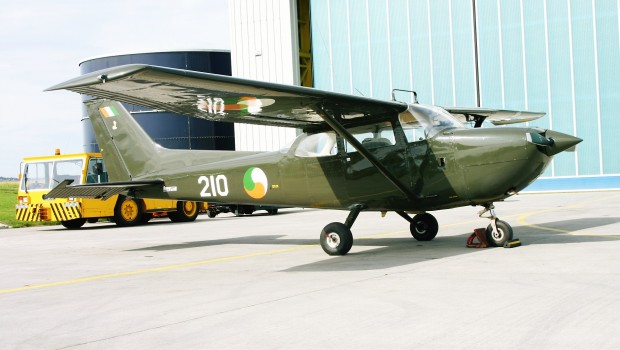 On the 4th October 1972, the first four of eight Reims (Cessna) FR.172H Rocket’s, ‘203’ – ‘206’, were delivered to Baldonnel by Air Corps pilots. The remaining four, ‘207’ – ‘210’, followed on 13th October. Almost 44 years later, five of these aircraft, ‘203’, ‘205’ ‘206’, ‘208’ and, ‘210’ remain in service. As far back as December 2013, the then Chief of Staff of the Defence Forces, Lieutenant General Conor O’Boyle said publically, that he hoped to start replacing them “shortly”. Describing them as “a great workhorse” which played an important role in internal security, he admitted that most of the pilots, who flew them, were all younger than the aircraft! He cautioned at the time that he wouldn’t be able to replace them in one go, as modern versions, or their equivalent, would cost up to €2 million each.

It was not until the launch of the Government’s new White Paper on Defence on 26th August 2015 that we finally got a clear insight into the replacement process for the Cessnas, and some indication of the number and the type parameters, of their replacement. First of all, it was made it clear, that the Air Corps would continue to operate a range of rotary and fixed wing aircraft, within existing organisational structures. The document added that “the principal aim over the lifetime of the White Paper will be to ensure that the Air Corps can continue to undertake the required military operations and to deliver a broad range of air supports to other government departments and agencies in line with MOUs and SLAs”. In this context, it set out the key equipment requirements and the decisions needed. 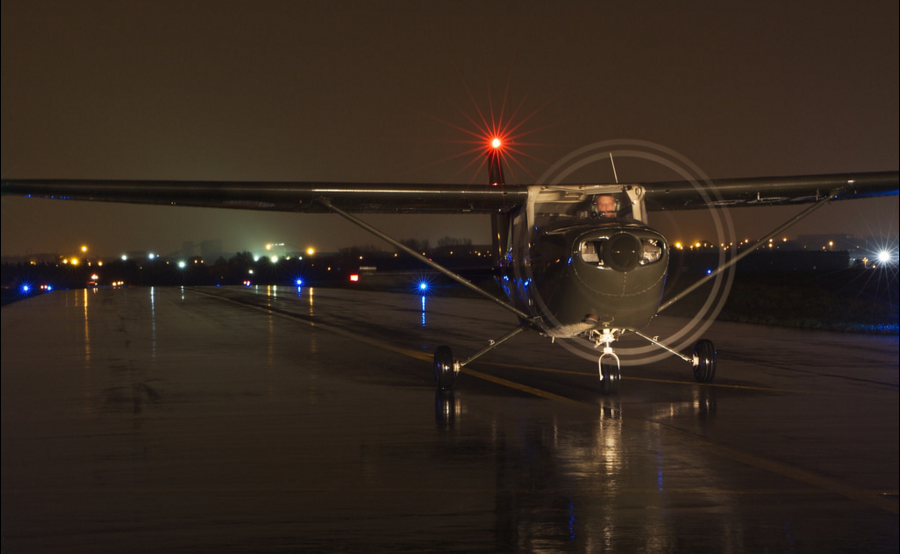 An Air Corps Cessna 172 at night in Baldonnel. Niall Grant

The provision of ISTAR (Intelligence, Surveillance, Target Acquisition and Reconnaissance) was identified as a priority for the Air Corps and in this regard it said that “the existing five Cessnas, which are currently due for replacement, will be replaced with three larger aircraft suitably equipped for ISTAR tasks”.

Replying to a Dáil question on 14th April, from Deputy Finian McGrath (one of the key independent TDs negotiating for a new programme of Government), the Minister for Defence, Simon Coveney, in acknowledging that the White Paper had recognised that there are several new and or enhanced platforms to be procured for the Air Corps in the lifetime of the White Paper, restated the commitment to replace the Cessna fleet with three larger aircraft suitably equipped for ISTAR as outlined above. The Minister went on “the preparatory work for the tender competition has begun within the Defence organisation and it is expected that the competition will be initiated later this year”.

We previously noted that under sub-head A.9, ‘Air Corps – Aircraft, Equipment and Support’; only €2 million is being provided for capital purposes in this year’s budget and that this would barely cover a deposit on replacement Cessna aircraft. However, given the timeline for preparation of tender, the resulting competition and possible delivery schedules, it is unlikely that actual funding would not be required from the 2016 budget. Accordingly it may well be a year or more before the actual replacements arrive, meaning that the Cessnas, purchased at a reported cost £20,000 (€25,400) each, may well serve beyond their 45th year.

In conclusion, we cannot fail to mention the aircraft that were lost, three of the original batch and Reims (Cessna) FR.172K Rocket, ‘243’, which was acquired on 7th April 1981 as an attrition replacement for ‘204’. 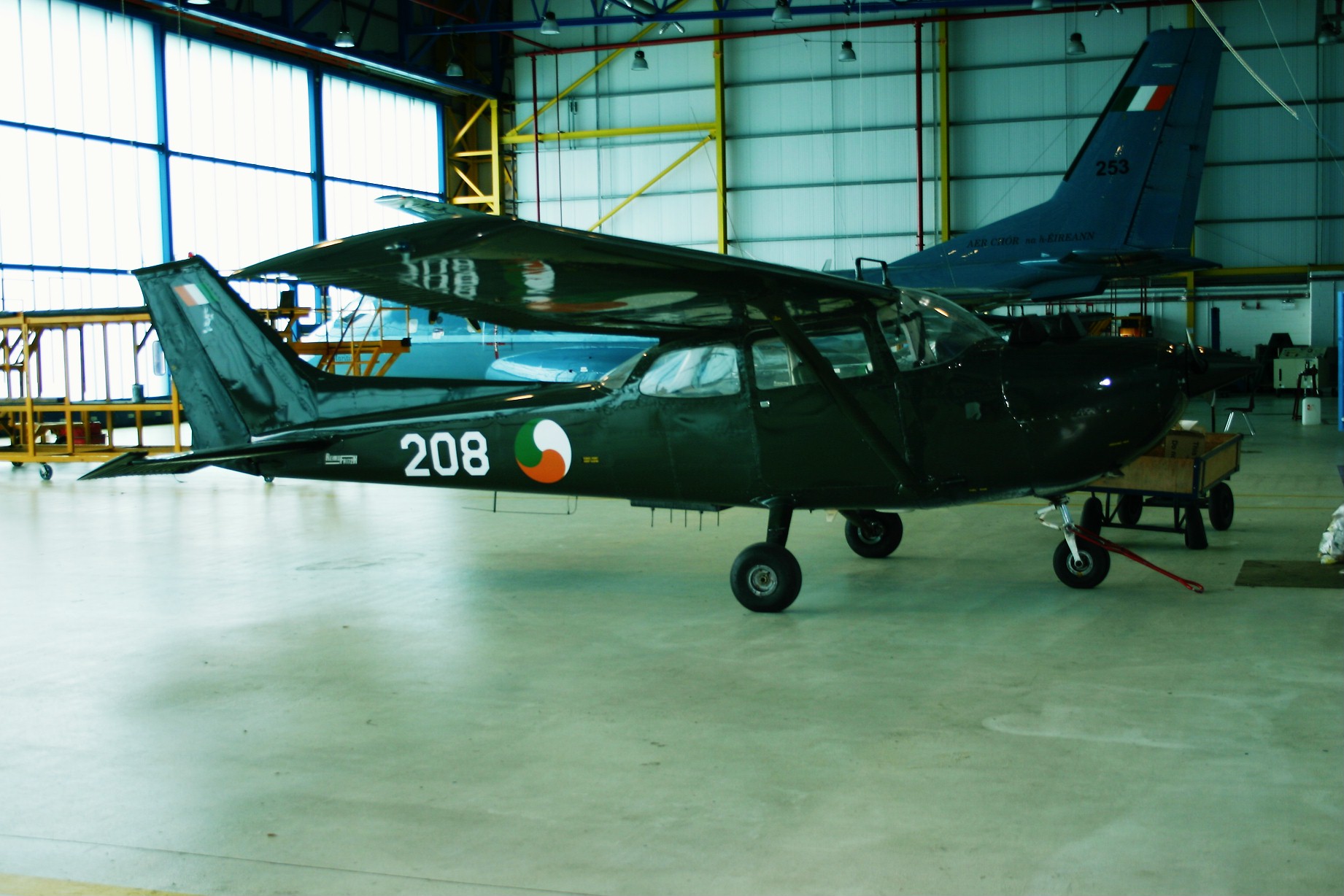 ‘204’ was lost on 20th September 1978, while under taking a wildlife survey over the Shannon Estuary, for the Forest and Wild Life Service of the Department of Fisheries. Fortunately, both occupants on board escaped without serious injury. The aircraft was not returned to service however and the airframe was used for technical training. On 1st March 1990, ‘207’ forced landed in the sea off Gormanston, following an engine failure. Again the crew escaped without injury, but the aircraft had to be written off, due to sea water corrosion. It subsequently transferred to Waterford Airport in August 1998 for fire crew training. ‘209’ was written off in a landing accident at Finner Camp in Donegal on 10th November 1993 again without injury. This run of good fortune was to end on 6th May 2004, when ‘243’ was lost on take-off from Clonbullogue airfield, near Edenderry, Co Offaly. The sole occupant Second Lieutenant Raymond Heery died instantly when the aircraft crashed and burst into flames, while returning to Baldonnel after dropping off a number of Defence Force colleagues for a parachutists’ course in Clonbullogue .

It was the first Air Corps fatality since the loss of the four crew of Eurocopter AS365Fi Dauphin, ‘248’ (Captain Dave O’Flaherty, Captain Mick Baker, Sergeant Paddy Mooney and Corporal Niall Byrne), while on a search and rescue mission adjacent to Tramore Strand in Co. Waterford in July 1999. May they all rest in peace.