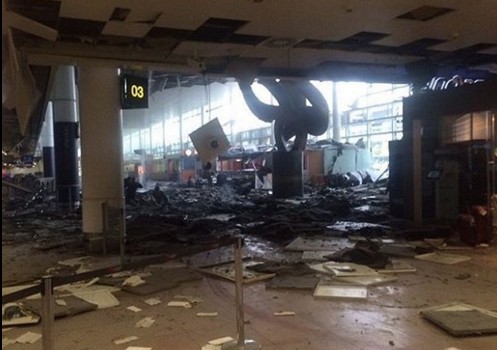 What a difference a day makes! Monday, 21st March, saw Brussels Airlines, based at Brussels-National Airport, Zaventem present its long awaited ‘Magritte aircraft’, “a flying piece of art”, dedicated to the famous Belgian artist René Magritte. It was a day of celebration for the airline, as the aircraft was unveiled in the presence of Minister of Mobility Jacqueline Galant, Brussels Airlines Chairman Viscount Etienne Davignon and Brussels Airlines CEO Bernard Gustin, President of the Foundation Magritte Charly Herscovici and Brussels Airlines’ guests and employees. The design on Airbus A320-214, OO-SNC, was created by three young Belgian designers, working in the Brussels Airlines marketing team and she was repainted at of Eirtech painting facilities in Ostrava, Czech Republic. 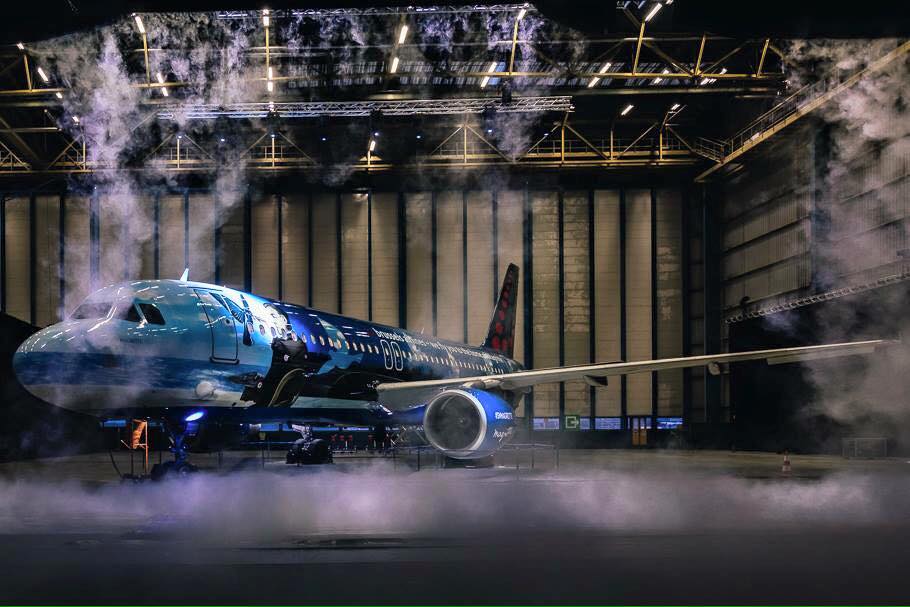 The aircraft operated the SN3731, Brussels to Madrid, where she landed at 23:31, for a scheduled overnight stopover. Tuesday, 22nd saw the aircraft depart at 06:51, operating the SN3732, on return to Brussels, with a scheduled arrival time was 08:45. Unfortunately, events at the aircraft’s home base, dictated that she was forced to divert to Brussels South Charleroi Airport, 46 kilometres (29 miles) south of central Brussels.

That morning, mingling amongst the thousands of people entering Brussels-National Airport, 12 kilometres (6.9 miles) northeast of the Belgian capital, were three men, bent on death and destruction. At around 08:00 local (07:00 Irish time), two explosions occurred in the Airports departure hall check-in zones 5 and 6 in the area of the Brussels Airlines ticketing area.

Preliminary reports indicated that at least 14 people were killed and over 100 had been badly injured. There was also extensive damage to the check in area. Two of men were identified as Brahim el-Bakraoui and Najim Laachraoui. Brahim el-Bakraoui and a so far unnamed accomplice were killed, possibly by suicide bombs. The following Associated Press video shows the aftermath of the explosion. 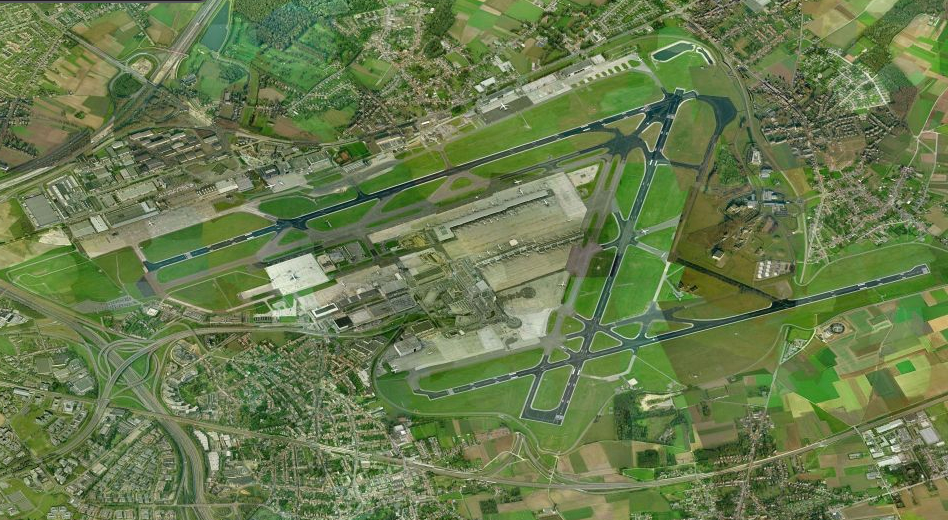 As emergency services descended on the airport, quickly offering the necessary assistance, Najim Laachraoui was initially reported to have fled the area and a major man hunt commenced. Airport operations were suspended and inbound flights were immediately diverted, as the terminals were evacuated. These included the Aer Lingus EI-630, operated by Airbus A320, EI-DEG, which diverted to Amsterdam. The aircraft positioned Amsterdam – Dublin early in the afternoon, as EI-2603, landing back in Dublin, at 14:21. The EI-631 Brussels – Dublin was cancelled. The Ryanair FR-1452, operated by Boeing 737-8AS, EI-FOS, also bound for Brussels, diverted to Liege, returning to Dublin as the FR1145, at 12:54.

15 minutes after the explosion at the airport, Belgium moved to its highest level of terror alert. However, shortly after 09:00, a third explosion rocked a subway train in Maalbeek metro station near the EU headquarters. A further 20 people were killed and 130 injured. IS have claimed full responsibility for the terrorist attacks and warned that more would follow, and Khalid el-Bakraoui, (a brother of the airport suspect), has been confirmed as the bomber. It has also been revealed that a third bomb, was discovered and detonated under controlled conditions at the airport. 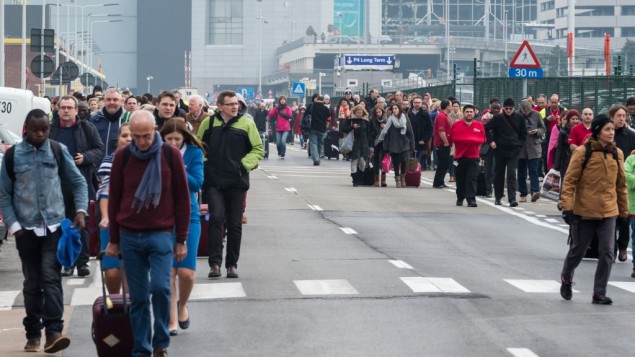 “Brussels Airport has been hit in its heart”

While our comments above are designed to dispassionately record what happened in Brussels, it is hard to hide our revulsion as human beings and aviation enthusiasts, as to what happened there. We can only echo the comments of Brussels Airport CEO Arnaud Feist, who in expressing his deepest sympathy with victims and relatives, and giving a “warm thank you” to those who helped said:-

“On behalf of the entire airport community, I would like to extend our warmest condolences to the family and friends of the victims of these cowardly and heinous acts. I would like to extend a heartfelt thank you to the emergency and rescue services, passengers and staff for their compassion, solidarity and help. This is without doubt the blackest day in the history of Brussels Airport”.

He concluded, “Apart from the many victims they made, the explosions severely damaged the departures hall at Brussels Airport. At this moment it is impossible for us to say when operations will be resumed. There is much damage and we do not have access to the building as the investigation is still underway.” 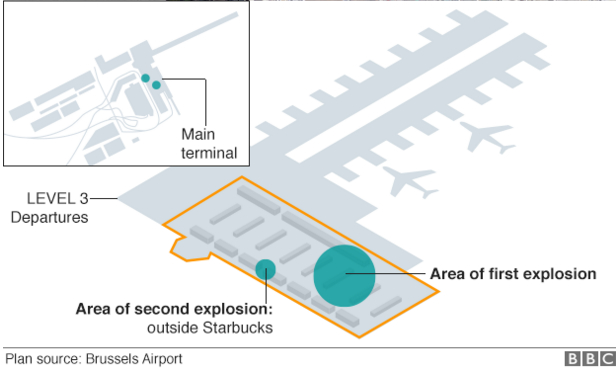 Initially all flights and other operations at Brussels Airport were cancelled for the day, as the airport site was entirely evacuated. This was in order to give the public prosecutor and the police enough room to meticulously carry out their forensic investigation into the explosions at the airport and to identify and make safe any possible risks. Until that investigation is complete, nobody is allowed to enter the departures hall, including the airport staff. In its latest comment on its Facebook page, the airport has said that the airport will also remain closed until at least Sunday (27th March). Until then Brussels Airlines some short haul flights are operating from Antwerp and Liege, while long haul flights are operating from Zurich & Frankfurt.

Across Europe, the state of alert against terrorist attacks was increased, with airport security in Sweden, Denmark, Norway and Finland, being immediately tightened. The UK has also tightened security, while armed Gardai were reportedly deployed to Dublin Airport. The National Security Committee (NSC), comprised of the secretaries general of the Departments of the Taoiseach, Justice, Defence and Foreign Affairs, the Garda Commissioner and the Chief of Staff of the Defence Forces, met in the aftermath of Brussels attacks, to review the impact of the attacks on security here. As a result of those discussions, the threat level in this jurisdiction remains at moderate, which means that a threat is possible, but not likely. A Government statement emphasises this point adding; “While it remains the case that there is no specific information in relation to any threat to Ireland from international terrorism we cannot consider that we are immune from the threat”. “The activities of a small number of people based here and whose behaviour may be of concern will continue to be monitored closely” it added.

For the people of Belgian and Brussels in particular, the attack is a tragedy and a disaster. Nearly 23.5 million passengers use the airport. It is home to around 260 companies, together directly employing 20,000 people and serving as the home base for Jetairfly, Thomas Cook Airlines Belgium, as well as Brussels Airlines. With a passenger increase of 13% in 2015, Brussels Airlines is one of the fastest growing airlines in Europe. In 2015, it also managed to reverses losses of €41.3 million and post a €41.3 million net profit. Brussels Airlines significantly strengthened its network and its market position in 2015. In total, 14 new 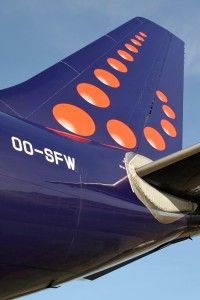 destinations were launched last year, two aircraft joined the fleet allowing the airline to offer 668,000 additional seats. It is launching nine new routes, including Belfast, from the start of the summer schedule, commencing at end of the month. All in all, the financial results of 2015, only released on 17th March, laid the foundation for a growth strategy that Brussels Airlines expected to continue into 2016. “Our efforts to make Brussels Airlines an attractive, dynamic and competitive airline has paid off in the past year,” CEO Bernard Gustin said at the release of the figures. “Our results show that Brussels Airlines is successfully transforming into a modern, future-proof airline that welcomes more customers each month. I am very grateful to our staff for their dedication, which contributes to this result,”

With possibly some of these staff injured, or even killed, and many perhaps traumatised, let us wish them, their passengers and all involved in Brussels airport, our support and express our revulsion at the actions of a few. Let us hope that wider terrorist aim of creating fear, affecting a way of life and damaging trade and commerce does not succeed. In particular, we hope that Brussels Airport, and its airline operating companies recover from this outrage, and that the hope and optimism expressed by Brussels Airlines only a few short days ago, are realised.