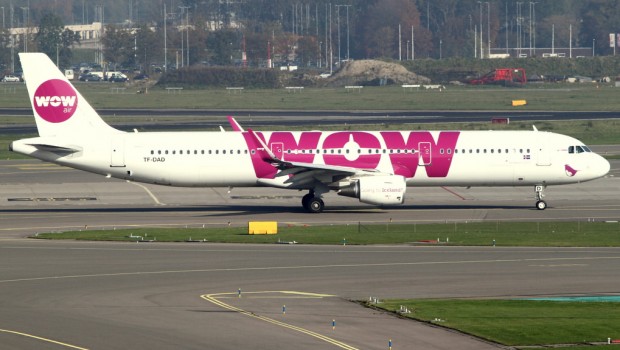 Iceland’s low-cost airline WOW air, which flies between 27 cities across Europe and North America via Reykjavik, is looking for a second base from which it would begin flying transatlantic, according to founder, CEO and sole owner of WOW air, Skúli Mogensen. Mr Mogensen, who was in Dublin for the 18th Annual Global Airfinance Conference, held in the Convention Centre, Dublin on 18th – 20th January, said that bookings on its recently announced services from Dublin Airport – via Reykjavik to San Francisco and Los Angeles – had exceeded its expectations. The San Francisco route will commence on 9th June, operating five times per week, with Los Angeles following on 15th June, at a four per week frequency.

WOW air became the first airline to operate a direct scheduled service to Iceland from Ireland when its flights began in June of last year. Flights operate on Monday and Friday, facilitating a weekend trip to the Nordic island for Irish holiday makers. The schedule increases to three times weekly from 17th February. From Reykjavik, WOW air operates onwards to Boston and Baltimore Washington International Airport.

Mr Mogensen said “We’ve had a tremendously positive response to our Dublin Reykjavik route with many Irish people flying to Iceland in 2015. We look forward to continuing to offer low fares and welcoming the Irish to Reykjavik and onward to the US.”

According to Mr Mogensen, it is selling more than 90% of the available seats on those services. The passengers are split 80/20 between leisure and business travellers.

WOW air fares for these routes start at €99 one-way. It intends offering seats to San Francisco and Los Angeles at €199 one-way.

However, WOW air’s ultra-low-cost model means that there are ‘optional’ fees for everything, from seat assignments and checked bags, to carry-on bags that weigh more than 11 pounds (5kg). Passengers must also pay for food and refreshments (including water) served on board. There is also “no organised entertainment on board,” WOW air notes on its website, “except for the thrill of sitting high up in the sky enjoying the flight with us.”

Describing Dublin as was one of a number of “strong” candidates” as a base for expansion beyond its current market, Mr Mogensen said that “Dublin is a great airport and it’s a great hub in its own right. It’s definitely a viable alternative to London for lots of reasons,” However, he suggested the airport should leave passenger charges, now capped at €9.87, unchanged, arguing its current business model was working and helping to bring in new airlines. “If you were to raise the rates, that would kill the model,” he added.

In order to operate out of Dublin, WOW air would have to apply for an Irish Air Operator’s Certificate and it would have to consider this, along with other factors. Obviously, as Norwegian has discovered, setting up an Irish company with an Irish AOC is no quick way of getting a US Foreign Carrier Permit, which would allow transatlantic operations from Dublin.

Mr Mogensen set up Wow in 2011 and says it is growing and profitable. It will more than double passenger numbers to over 1.8 million, up from approximately 840,000 in 2015. He is aiming to get numbers to four to five million a year and hopes to earn about $300 million (around €266.5 million) in revenues this year.

WOW air’s West Coast routes will be serviced by three new Airbus A330-300 aircraft, the first wide-body aircraft in the WOW air fleet, which will each carry 340 passengers in a single-class high-density configuration. 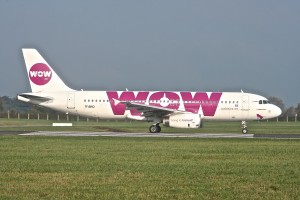 As previously noted, WOW air operates three A320-200s and two A321-200s. Currently flights from Reykjavik to the United States are operated using WOW air’s two Airbus A321-211 extended range aircraft, TF-DAD and TF-MOM. A third Airbus A321-211, ex VP-BPS (c/n 5681), of UTair Aviation, which will be registered as TF-KID, is being added. It was delivered to UTair Aviation on 16th July 2013 on lease from VEB-Leasing. It has been in store at Teruel (LETL) in Spain since 5th January 2015 and it was ferried Teruel to Ljubljana, for cabin configuration, on 12th February 2016, prior to repainting.

Two of the A320-200s are now registered TF-SIS (ex LZ-MDC c/n 4270) and TF-BRO (ex LZ-MDD c/n 4305), while the third aircraft, LZ-WOW (c/n 2457), arrived for maintenance at Lufthansa Technik in Shannon on 13th January. It was noted re-registered as EI-EZG on 26th January and was subsequently parked on Taxiway 7. It was formally registered to AWAS Ireland Leasing Four Ltd., the same day.