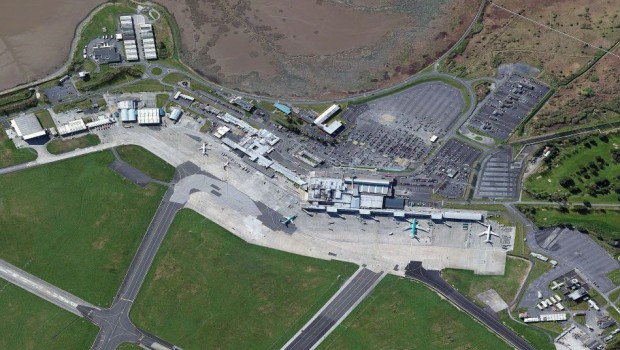 As previously noted, up to the end of September of this year, Shannon Airport handled 1,348,321 passengers, up 5% on the same period in 2014. On 8th December, the airport published figures for November, during which it enjoyed another month of high passenger throughput, with 4% more passengers using the airport, compared to the same month last year.

Welcoming the growth, Shannon Group CEO Neil Pakey noted; “October was also up so we are keeping the momentum running and will, overall, have a positive 2015. This will make it three years in-a-row that we have enjoyed increases at Shannon since the airport was made independent in 2013”, adding “we are having a very positive run in to Christmas.” 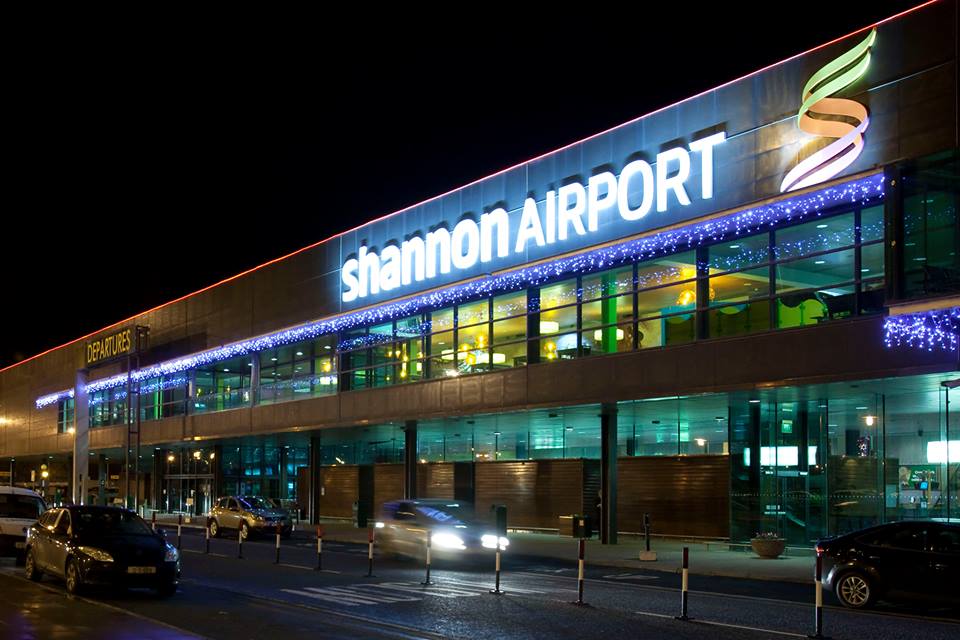 Return of Edinburgh service from March

The airport also received an early Christmas present, in the form of an announcement the previous day by Aer Lingus Regional, of a return of Edinburgh service from March, providing a major boost for the airport and region.

The new service, which will be operated for Aer Lingus Regional by Stobart Air, will see six flights weekly; operate year-round from March 28th, between Shannon and the Scottish capital, which is the second most popular tourism city in the UK after London. It will generate an extra 35,000 in seat capacity for Shannon in 2016, rising to 45,000 per annum from 2017.

Commenting on the return of the service, Mr Pakey said; “We are seeking to add to our schedule on an ongoing basis. Edinburgh has proven a hugely popular service here in the past and in terms of feedback from the public, it is one of the routes we had most requests for over the past number of months”. Martin Saxton, Stobart Air Chief Commercial Officer, added: “We are really pleased to re-commence services on the Shannon Edinburgh route”.

Ireland’s most historic airport evoked in a special photographic exhibition

Closing the curtain on a year of celebrations to mark the 70th anniversary of the first commercial transatlantic flight into Shannon, or any land-based Irish airport, some 64 images have been assembled from archives and placed in a permanent exhibition on the walls of the airport’s transit lounge. They range from the 1950s to the current decade and capture some of the golden moments and world famous faces that visited Shannon Airport. The exhibition, which is officially launched on 2nd December by Shannon Group Chairman Rose Hynes (see below), reflects the international standing of Shannon as a global aviation crossroads, as it includes some of the world’s best known personalities of politics, stage, screen and sport. 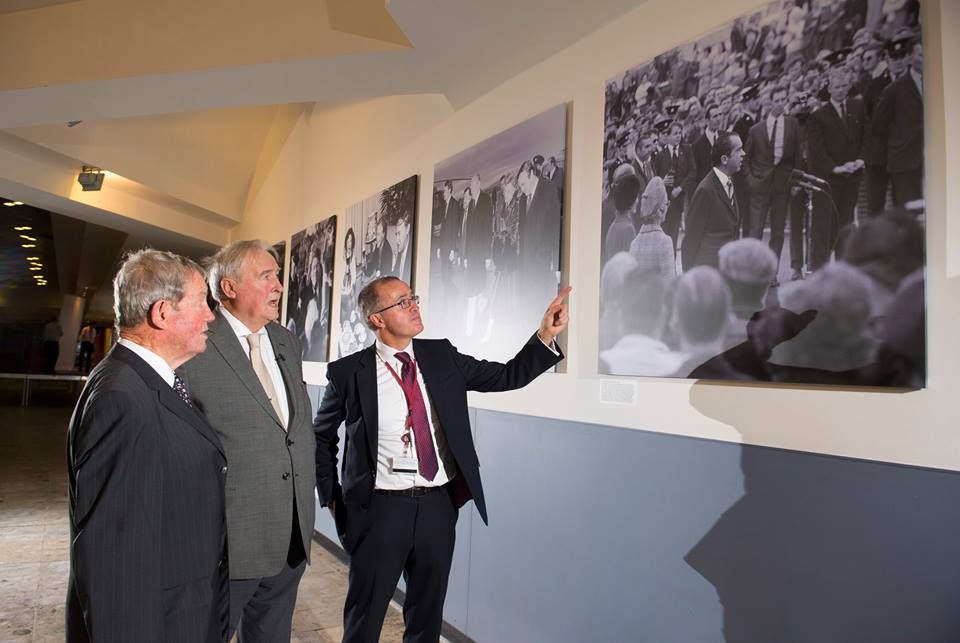 Major sporting moments including Mohammed Ali’s visit, and Irish boxer Andy Lee’s homecoming last year, the 2006 homecoming of Munster following their Heineken Cup victory and the single biggest crowd event of all at the airport – the homecoming of Clare’s 1995 All-Ireland winning team. Rock stars also feature. The exhibition also illustrates Shannon’s continued international status, with many of the photos drawn from the current era, including the visits this year of Prince Charles and Chinese Premier Li Keqiang, both of whom flew into Shannon this year. Mick Jagger and Bruce Springsteen also feature.

Shannon Group Chairman Rose Hynes noted: “There are probably only a very small percentage of airports outside the US that have had every American President since John F Kennedy through its doors”. Special guests at the launch included two men associated with a golden era of success at Shannon, former airport directors Liam Skelly and Michael Guerin. Also present was Anne Coyne (78) from Oranmore, who is captured in one of the iconic images in the exhibition, the 1950s photograph with Hollywood star Gene Kelly, in the airport’s duty free – the first airport duty free shop in the world.

Speaking at the launch, the Shannon Group CEO said, “This exhibition just shows how much of a crossroads Shannon was and still is. It’s part of the fabric of the region and of the nation and has been, and continues to be, the start and finish of so many great visits and so many great events.” 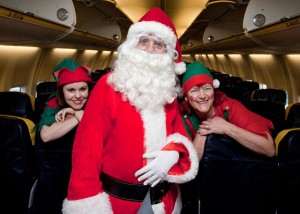 Pictured onboard at Shannon Airport with Santa Claus are his Elves Jeanette McKee and Fran Minter. By Arthur Ellis.

The most sought after ticket for Christmas in the Shannon Airport catchment area was in high demand, despite over 2,200 seats being made available, for children (and guardians) to meet Santa, on Saturday and Sunday December 12th and 13th, some 15,000 ft. (4,572 m) above sea level, as part of Shannon’s annual Santa Flights take-off. The flights are a Shannon Airport initiative and designed as a thank-you for the support the airport has received over the past 12 months. They were first introduced two years ago to mark the end of the airport’s first year as an independent entity, but have proven so popular that they have returned each year since. Some 40 seats were set aside for a charity, school or community group and a special lottery was held for these.

The magic began for children on arrival, with festive activity on hand to welcome these special guests. The transit lounge was transformed into a winter playground, with Mrs Claus, elves and games. There was entertainment throughout both days and a little sweet treat for each child after their 40 minute flight to meet Santa. 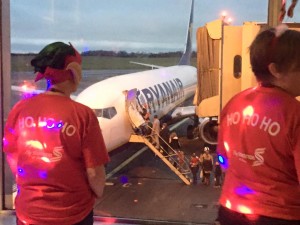 Boarding one of the annual Shannon Santa flights

Speaking in advance of the first flight, Shannon Airport’s Director of Operations, Niall Maloney said: “It’s a special treat and the nominal fee of just €9.99 per seat (infants are free) is to help us, in part, raise money for our Shannon Group charity partners. We are grateful to our staff volunteer who give their time over the two days, the Ryanair flight crew and the support of partners at Swissport to make this a special event”.

It was a case of survival of the fittest at Shannon Airport, where four families took part in the grand finale of ‘Ireland’s Fittest Family’, a contest to find the country’s fittest, fastest and strongest family, which aired RTE television on Sunday, 13th December. The idea behind the programme is remarkably simple yet, as a television show, it is completely unique. It was first conceived by Clare hurling manager Davy Fitzgerald, and his colleague James Sexton and they were a little surprised, when producers in the national television company, ran with the concept. Twelve families, each coached by a current or former sporting icon, go head-to-head in a succession of fitness challenges and the resourcefulness, courage and pain, are all on show in front of the cameras. For their efforts the winners receive the title of ‘Ireland’s Fittest Family’ and a cheque for €15,000. 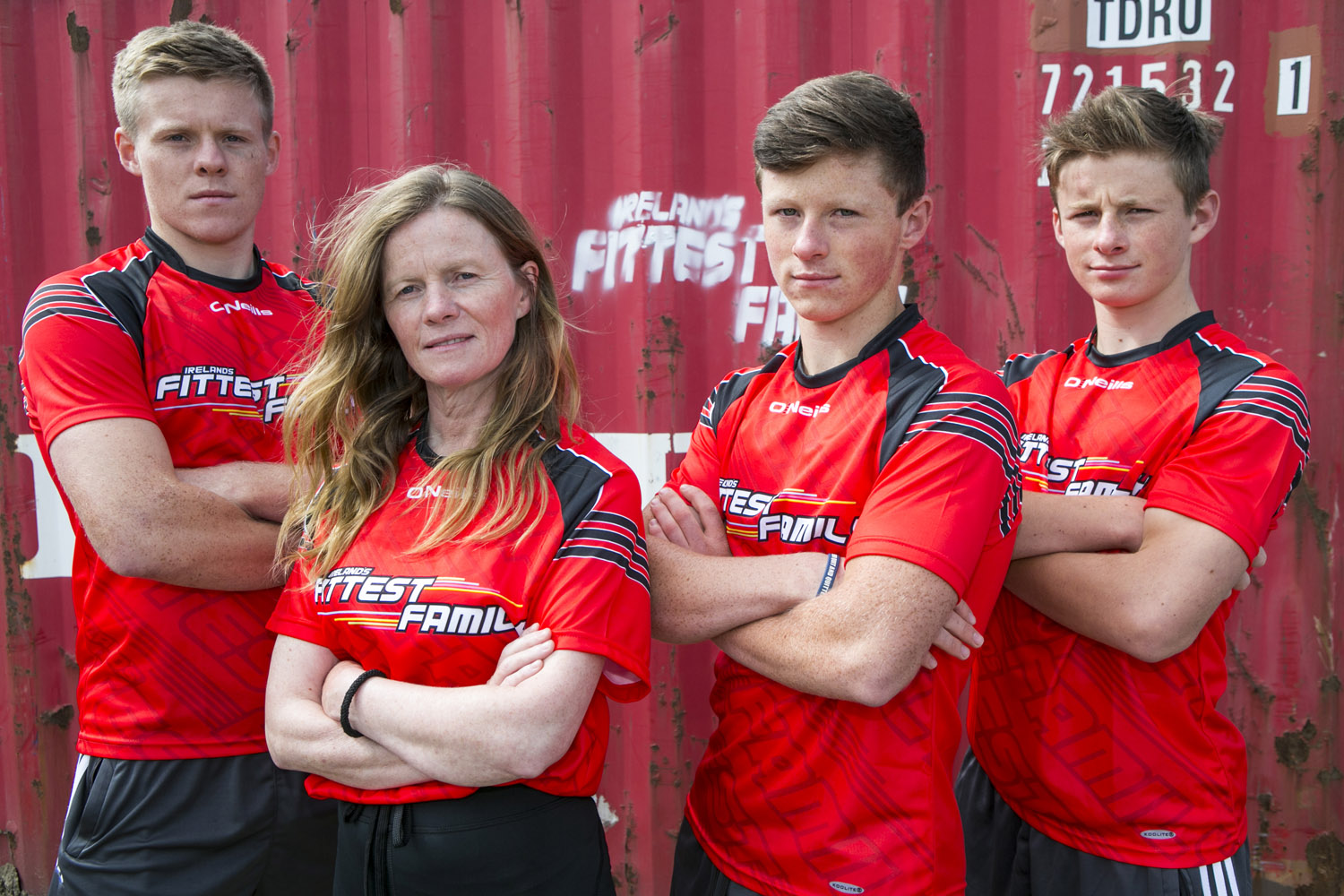 For the Shannon final, the four remaining families battled it out on a specially designed course on the taxiways at the airport. The Daverns from Kilcormac, Co. Offaly, the Kearneys from Bunclody, the Farrens from Gortnaghey in County Derry and the O’Brien Devines from Waterford, pulled Cessnas; towed sand bagged filled baggage trollies, lugged the same bags up aircraft steps, leaped over push back trucks, swam through ice water and crossed specially designed obstacles. Winning out was 48-year-old Mary O’Brien Devine and her three sons Tom (20), Mick (16) and John (14), who narrowly pipped the Farrens.