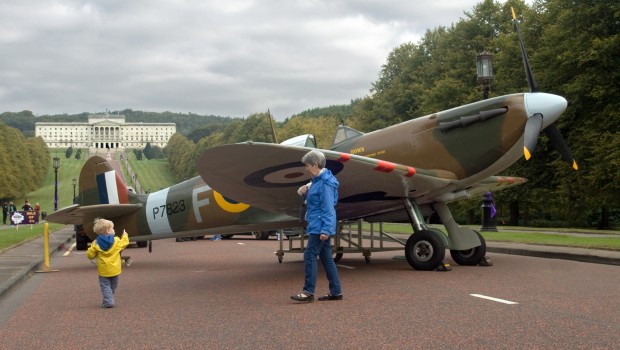 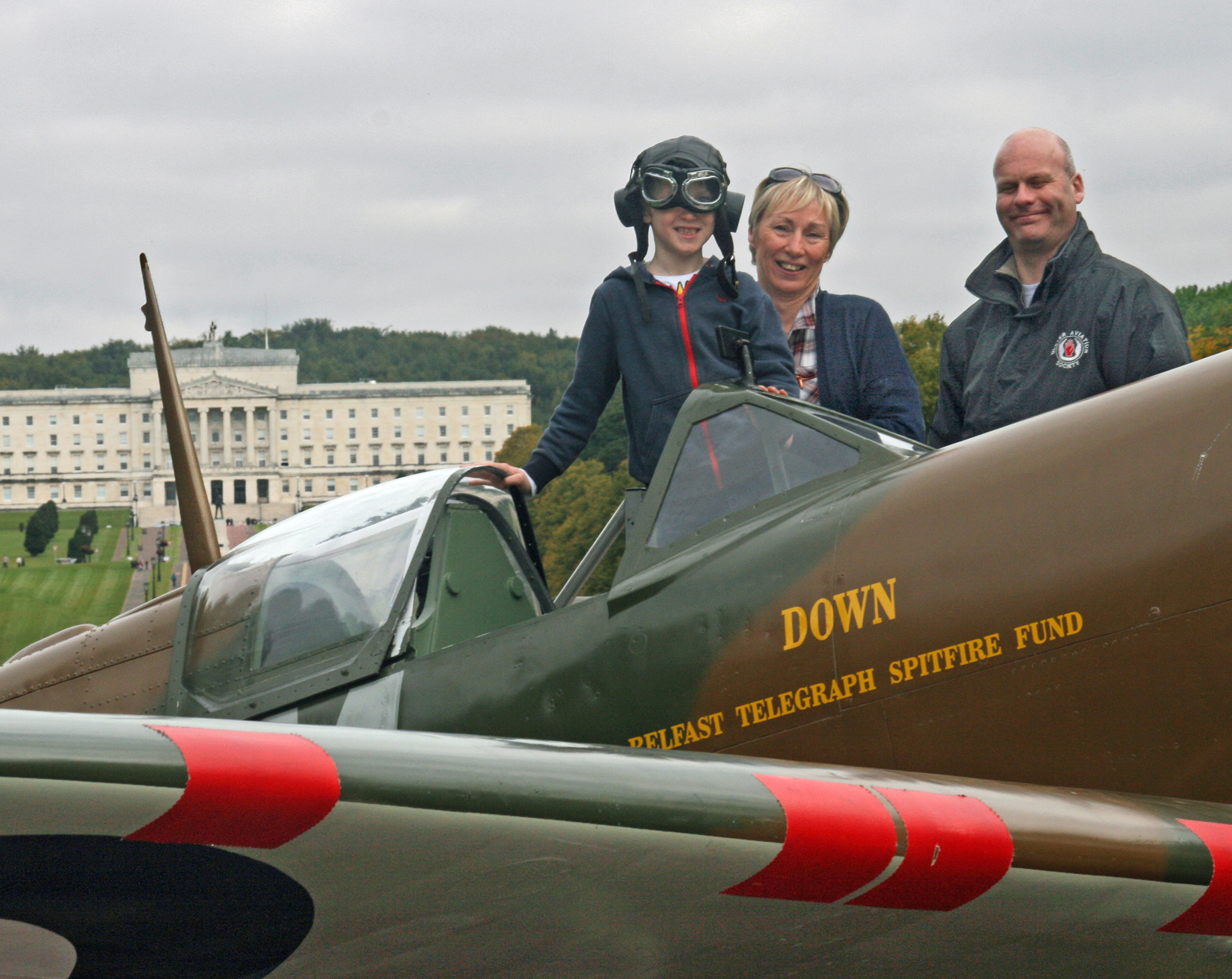 Eight-year-old Taylor Graham of Belfast is all kitted out for a fantasy flight in the “Down” Spitfire.  He’s accompanied by his mother, Suzanne, and UAS volunteer Richard Beckwith.  The aircraft represents one of 17 Spitfires funded by the highly successful Belfast Telegraph Spitfire Fund during the Second World War.  Each of those Spitfires was named after a community, region or county—in this case, County Down.  The original “Down” crashed north of Lurgan in January, 1942, killing its pilot, Canadian Walter McManus.  The reason for the crash was never determined. 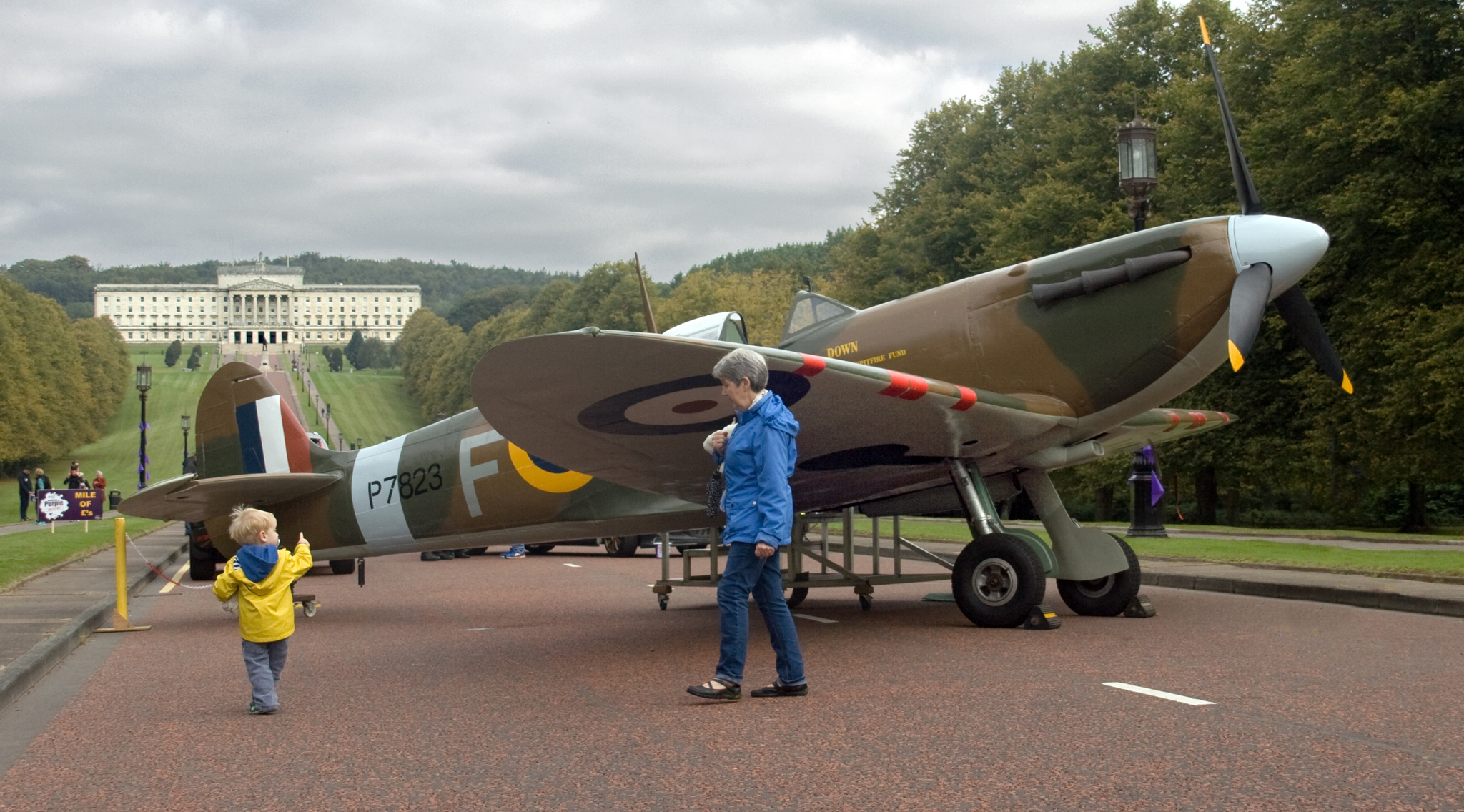 A Spitfire in the foreground…and a legislative forum in the background which has seen plenty of verbal fire-spitting over the years. The replica aircraft, owned by the Ulster Aviation Society, showed up at Stormont Saturday for a fund-raising event run by the Northern Ireland Hospice. 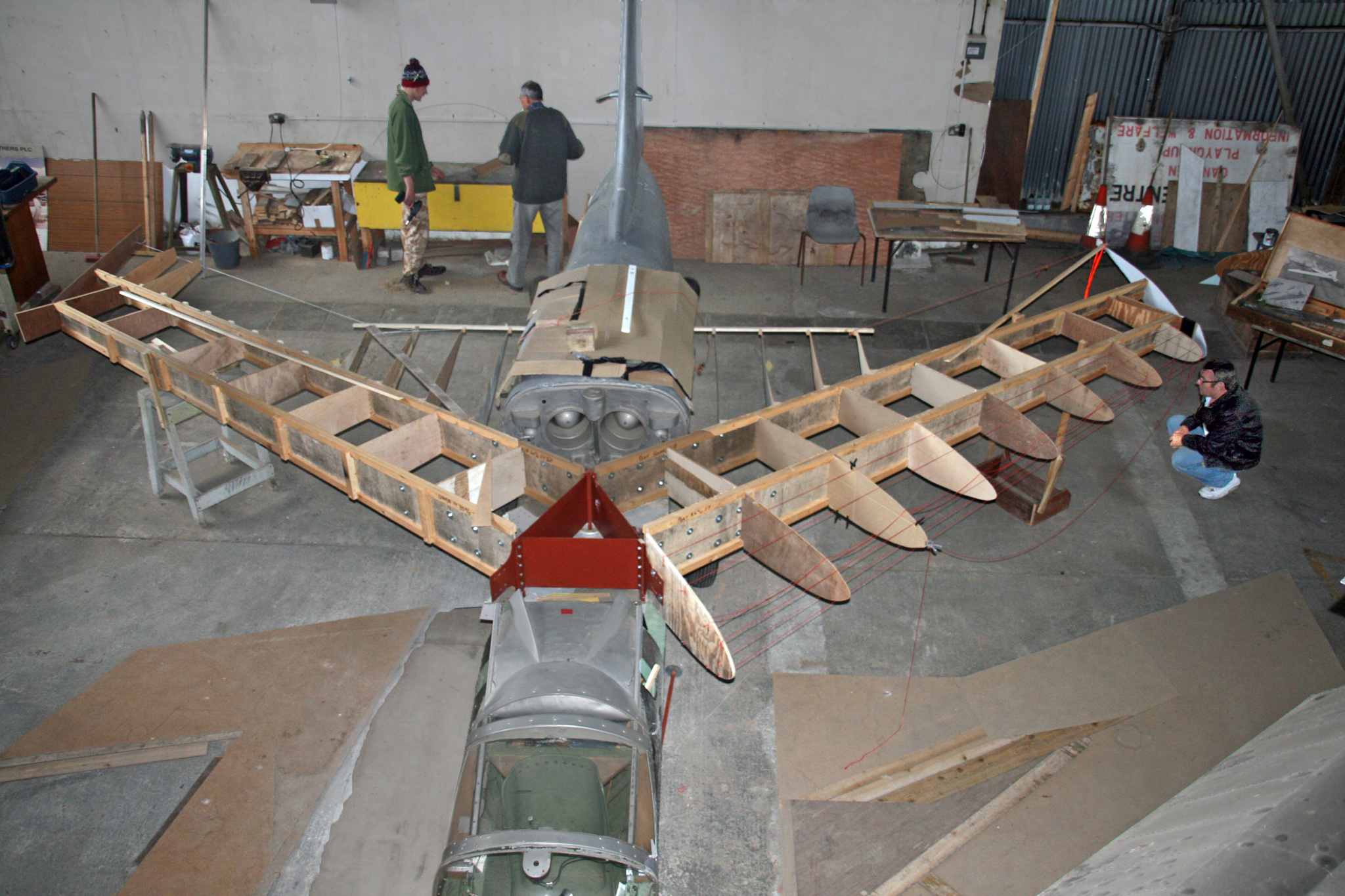 Steady progress has been evident in the restoration of the original, one-of-a-kind Short SB4 Sherpa experimental jet, an aircraft of the early 1950s.   The fuselage was donated years ago to the Ulster Aviation Society, but the wings were never located.  Nor were the original drawings, so the restoration team has been depending on scale models, photos and artists’ renditions as well as an archive film to arrive at the correct dimensions and shapes. The wing structure, as seen here, is almost complete, though six-foot extensions have yet to be added to the end of each wing. 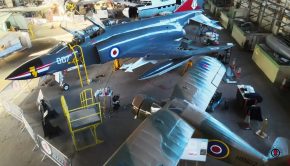