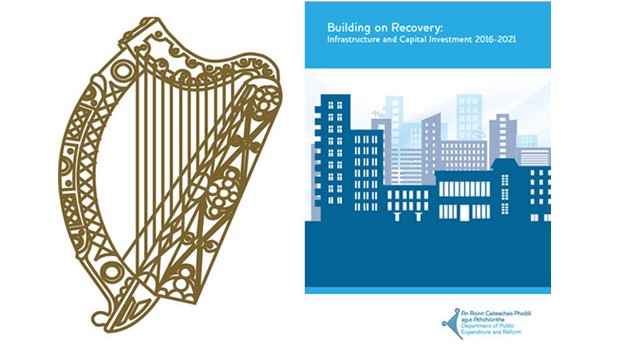 On 29th September, the Taoiseach Enda Kenny, Tanaiste Joan Burton, Transport Minister Paschal Donohoe and Public Expenditure Minister Brendan Howlin, launched the Government’s Capital Plan, which sets out its commitment to Exchequer investment of €27 billion, for the period 2016-2021. The Capital Plan combines direct investment by the Exchequer of €27 billion, a third phase of public private partnership (PPP) investments of about €500 million and State-owned sector investment of around €14½ billion. In total, this State-backed investment package represents over 3½% of GNP each year between 2016 and 2021, and is expected to support more than 45,000 construction-related jobs.

Speaking at the launch of the plan entitled ‘Building on Recovery’ in Heuston Station, the Taoiseach said, that the recovery plan “has taken us to this important juncture for Ireland”. “People can see the emerging economic recovery impacting on their daily lives whether it be more traffic, public transport under pressure, or increasing demand on State services” he added.

Minister Brendan Howlin went on: “Investing in infrastructure is an essential element in a modern economy and society – especially in a small open economy like ours. We need to ensure that we can move goods and that people can move quickly and safely throughout the country”. “Building on Recovery sets out a responsible, affordable and sustainable way forward” he added.

29% of the €27 billion Exchequer expenditure is allocated to transport, 14% to education, 14% to enterprise and innovation, 13% to housing, 11% to health, 7% to environment and climate and 12% to ‘other’ (including Defence). The state bodies’ expenditure is allocated 40% to energy, 27% to water, 5% to transport and 28% to other. In relation to Aviation and Defence infrastructure, we have looked in particular at the following allocations:- 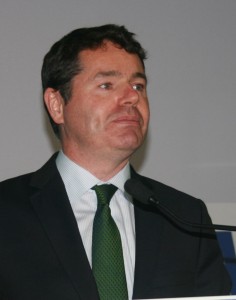 In relation to Transport, the Minister Brendan Howlin noted: “We are allocating a special envelope to support transport amounting to €10bn over seven years to fund both public transport and roads. Over the six years the Government are investing through direct exchequer provision and the PPP programme”:

This Government believes that the plan has been carefully designed to meet the needs of a growing economy, to improve the delivery of services to communities, and maximise the benefits of support by providing exchequer investment throughout the country. It believes that it builds on the recovery, addresses emerging pressures – especially on transport networks- supports the regions, and provides social infrastructure to enhance quality of life and is responsive to environmental challenges.

Outlining the transport priorities, the Minister for Transport, Tourism and Sport, Paschal Donohoe TD, said that the an allocation of almost €10 billion for his Department, over the next seven years, will allow for appropriate levels of investment to be made in public transport to maintain and improve the existing network. It will allow for the growing problem of urban congestion to be addressed and for the sustainable transport agenda to be supported.

Expenditure will include €6 billion for investment in the national, regional and local road network and €3.6 billion in Public Transport. A €28 million investment package for safety and security enhancements at the regional airports to ensure connectivity for balanced regional development is also included in the Capital Plan. Unfortunately there is no specific mention of the new parallel runway for Dublin Airport.

The largest single project will be a new metro link in Dublin. Based on the outcome of the recent Fingal/North Dublin Transport Study, the National Transport Authority has recommended that a revised metro (LUAS with underground segments) project be selected as the appropriate public transport project, to address the transport needs of the Swords/ Airport/ City-Centre Corridor. It is planned that Metro North will be in operation by 2026/2027.

The revised lower cost new Metro North will be a 16.5km light rail line connecting St Stephen’s Green to Swords, via Dublin Airport. It is expected that construction of the project would commence in 2021, with a view to delivery by 2026/27. Almost 8.5km of the route will run in a tunnel from St. Stephen’s Green to Griffith Avenue and under the airport. The route will serve key destinations such as Drumcondra, the Mater Hospital, DCU and Ballymun, in addition to Dublin Airport and Swords, offering a journey time of 19 minutes from O’Connell St. to the Airport and 31 minutes from O’Connell Street to Swords Estuary.

The revised project is estimated to cost €2.4 billion (excluding VAT) and the main cost reduction elements in the proposal are:

Dart Underground Project, however remains a key element of integrated transport for the Greater Dublin Area (GDA) over the longer term. It will be redesigned to provide a lower cost technical solution, whilst retaining the required rail connectivity. In advance of a Mid Term Review, the Government has also committed to commission a feasibility study to examine options for expanding freight transport on the railways.

Minister for Defence welcomes the significant boost in capital funding 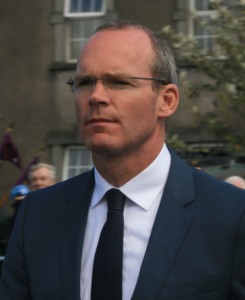 In a separate statement, the Minister for Defence Simon Coveney, welcomed the significant boost in capital funding for the Defence Sector, contained in the Capital Plan. He recognised this as an important element of the implementation of the White Paper on Defence. €437 million is allocated to Defence, including an additional €65 million over the 2016-2021 timeframe. It will provide a major boost from a strategic perspective and it will allow Defence to make significant investments in equipment and infrastructure over the lifetime of the Capital Plan. This €437 million allocation will facilitate strategic decisions on planning for ongoing investment in defence equipment and infrastructure, over the coming years. The funding allocated in this Capital Plan is designed to play a vital role is ensuring that the priorities identified in the White Paper can be met and that the Defence Forces can deliver fully on the roles assigned by Government. The annual amounts being provided are:-

These capital funds that will be invested are as follows:-

In relation to the Air Corps, the immediate replacement priorities are the existing five Cessna FR-172 aircraft, which are currently overdue for replacement. These will be superseded with three larger aircraft suitably equipped for ISTAR (Information, Surveillance, Target acquisition and Reconnaissance) tasks. The CASA 235s are due for replacement in 2019 and the White Paper indicated that consideration of their replacement with “larger more capable aircraft” was proposed. This would enhance maritime surveillance and provide “a greater degree of utility for transport and cargo carrying tasks”. There is also the longer term issues such the development of a more capable air combat/intercept capability which “will be considered as part of the White Paper update” and the replacement of the Learjet 45, due in 2024, which provides the current MATS service as well as options for enhancement of transport capabilities.

While the extra €65 million over the 2016-2021 timeframe is welcome, it does not go far enough. For example just under €17 million was spent on ‘Air Corps, equipment and expenses’ in 2014 compared to €17.653 million in 2013 while the Naval vessel replacement programme cost €199.358 million up to the end of 2014. In addition, the Department entered into a contract in 2014 to procure a third vessel at a contract price of €67.2 million inclusive of VAT and three further vessels are due for replacement. The LÉ Eithne, which is the current flagship, will be replaced by a multi-role vessel (MRV). The two existing Coastal Patrol Vessels, the LÉ Ciara and LÉ Orla, will be replaced with similar vessels with countermine and counter-IED capabilities. These replacements will significantly stretch the €437 million being allocated.

Justice Sector and investments in other areas such as Tourism

€875 million is being set aside in capital funding for the Justice sector, in addition to new public-private partnership (PPP) projects. €205 million is being invested in an Garda Síochána, in vehicles, buildings, technology and systems. This will include a new Computer Aided Dispatch system designed to ensure more responsive and coordinated deployment of Gardai in the community and to improve Garda response times.

There is no specific mention of further investment in the Garda Air Support Unit (GASU), although it is noted that Minister for Justice and Equality, Frances Fitzgerald TD, recently allocated €1.75 million to upgrade surveillance equipment on Garda aircraft, including infra-red cameras for night-time use. Spending on the GASU under the heading of ‘aircraft’ in the Garda Síochána estimates was €1.479 million in 2014. The original budget in 2014 was increased by €200,000 in a supplementary estimate to fund additional maintenance works for Garda aircraft. The figure in 2013 was to €1.207 million.

€106 million is also being allocated to capital expenditure tourism initiatives of sufficient scale to stand out in the international marketplace, namely, the development of visitor attractions such as the Wild Atlantic Way and Ireland’s Ancient East.

How serious is the threat from UAVs, more commonly known as drones to civil passenger aircraft? →