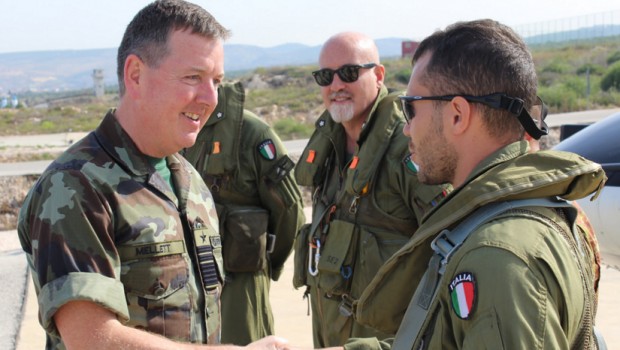 In his first major event since he up his position as the new Chief of Staff of the Defence Forces with effect from midnight on 28th September, Vice Admiral Mark Mellett DSM, visited the 49th Infantry Group in South Lebanon. On his first official overseas visit as Chief of Staff, he met with the United Nations Interim Force in Lebanon (UNIFIL) Force Commander Major General Luciano Portolano, received an operational briefing from the Officer Commanding the 49th Infantry Group, Lieutenant Colonel Ian Byrne DSM, and visited UN position 6-52 on the Blue Line between Lebanon and Israel. 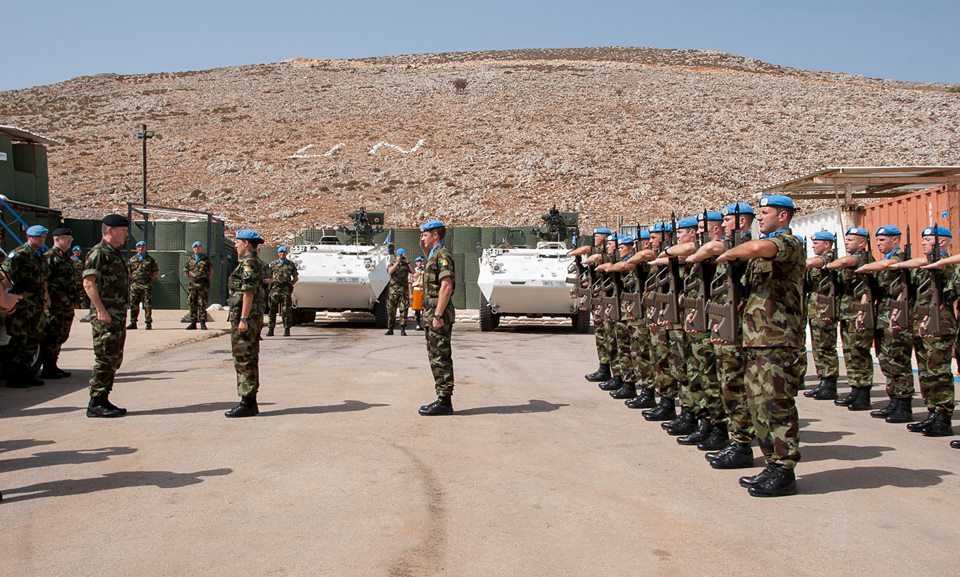 The 49th Infantry Group, drawn mainly from Cork, Limerick, and Kildare is the first overseas unit to benefit from the Defence Forces Family Friendly policy regarding overseas service. This initiative allows personnel to serve for a three month tour of duty instead of the, until now, mandatory six months. Six personnel of the 49th Infantry Group availed of this opportunity. 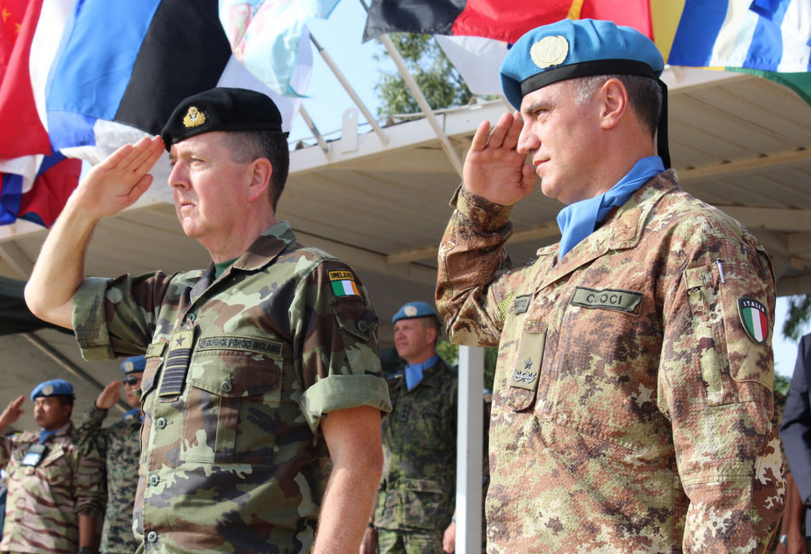 During his visit on 12th October, Vice Admiral Mellett presented the UNIFIL peacekeeping medal to 82 personnel of the 49th Infantry Group, who are nearing the end of their first Tour of Duty to South Lebanon. He congratulated the men and women of the Unit stating: “It is a source of pride to me to see the contribution Irish troops have made to the economic and social development of the region by providing a safe and secure environment in a spirit of friendship and close cooperation with the people of South Lebanon. It has not been an easy road but the Irish Defence Forces, on behalf of the Irish people, have stood steadfast in their commitment to peace in Lebanon and the broader Middle East. The memory and legacy of our 47 comrades that gave their lives in the implementation of this mission are always in our thoughts.”

The 47 Irish causalities are part of a total of 308 UN personnel who have lost their lives in this mission. This includes 291 troops, two military observers, eight international and seven local civilian staff.

The 49th Infantry group has the highest percentage of female personnel ever to deploy overseas in one unit. There are 24 female soldiers ranging from Captain to Private serving alongside their male colleagues in a variety of operational roles. This amounts to a total of 14% of the 49th Infantry Group. Recognising this landmark demographic, Vice Admiral Mellett added; “Female participation is an operational force multiplier. The fact the 14% of the 49th Infantry Group is female, in roles ranging from infantry soldiers, medics, engineers and Bomb Disposal Experts is a powerful indication of the operational agility women bring to Peace Support Operations in any given theatre. The Defence Forces is committed to increasing female participation over the lifetime of the White Paper on Defence.” 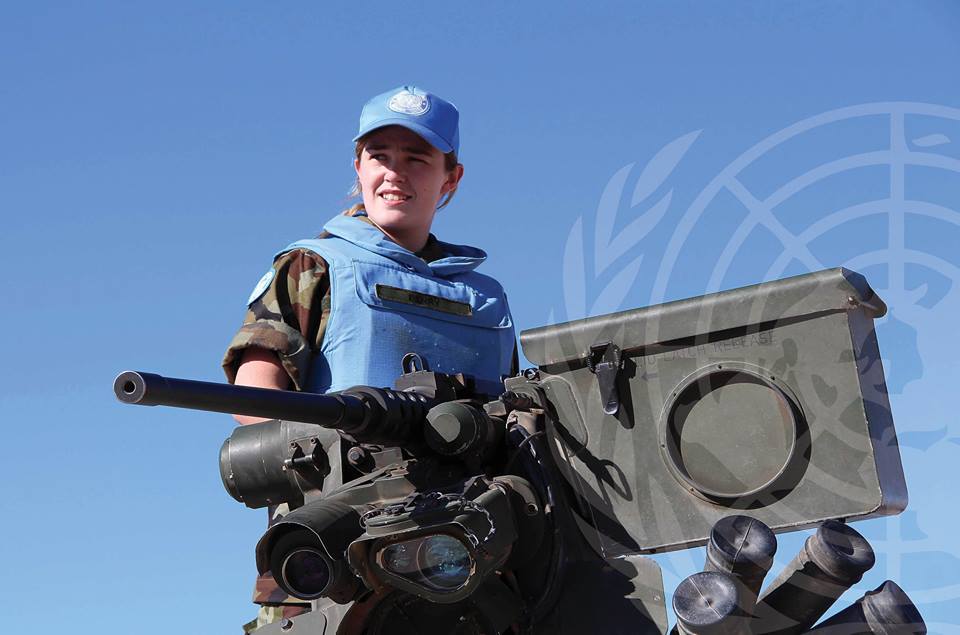 Recognising the importance of our military service with the United Nations, and to mark the 60th anniversary of Ireland joining that body, the Defence Forces are inviting transition year students from ten schools to visit the United Nations Training School Ireland, located in the Curragh Camp, Co. Kildare. The visits will take place between Monday 9th and Friday 12th November and the students will have the opportunity to learn about the United Nations and Ireland’s contribution to world peace since 1955. During that week, two schools per day wIll be able to avail of a seminar, where they will learn about the origin and early years of the UN, Ireland’s peacekeeping experiences, the humanitarian and civilian dimensions of the UN and the challenges the UN faces into the future. At the end of the visit the students will receive a certificate of attendance from the School.

Schools are invited to apply and more details are available directly from the United Nations Training School at untsi@defenceforces.ie. Those interested in availing of this opportunity should apply no later than Tuesday 27th October, outlining why the school is interested in attending the UN Seminar. Please note that there is a maximum capacity of 50 students per school and schools will be informed on Monday 2nd November on their application.