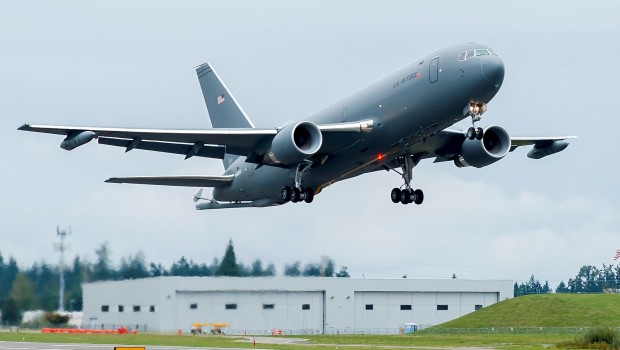 On 25th September, Boeing and a U.S. Air Force team, successfully completed the first flight of a KC-46A tanker aircraft, paving the way to aerial refuelling and Milestone C testing. This was the first flight of N462KC (c/n 41275), a KC-46A tanker-configured aircraft, following ongoing flights of the program’s first test aircraft, a converted Boeing 767-2LKC, N461FT, USAF Serial 11-46001. It has been flying since last year does but does not have the refuelling system installed.

During the flight of N462KC, which took off from Paine Field at 13:24 (PST) and landed four hours later at Boeing Field in Seattle, Boeing test pilots performed operational checks on the engines, flight controls and environmental systems. The flight gave them the opportunity to take the tanker to a maximum altitude of 35,000 feet (10,668 m) prior to landing. This first flight was a significant milestone for the $49 billion (around €43.75 billion) aircraft which has run into cost and scheduling issues in recent years. N462KC has also been assigned the USAF Serial 11-46002.

“This first tanker flight is a key milestone for the program and we’ll now begin free air stability tests and flight controls of the boom and wing aerial refuelling pods (WARPs) before conducting aerial refuelling tests where the KC-46 will make contact with other military aircraft down the road,” said Col. Christopher Coombs, U.S. Air Force KC-46 System program manager.

“Today’s flight reinforces that we are moving in the right direction and are on track to begin planned Milestone C testing later this year,” said Tim Peters, Boeing KC-46 tanker vice president and program manager. “This is an aerospace industry first and the culmination of a lot of hard work by the team, including Boeing, our suppliers and the U.S. Air Force” he added. 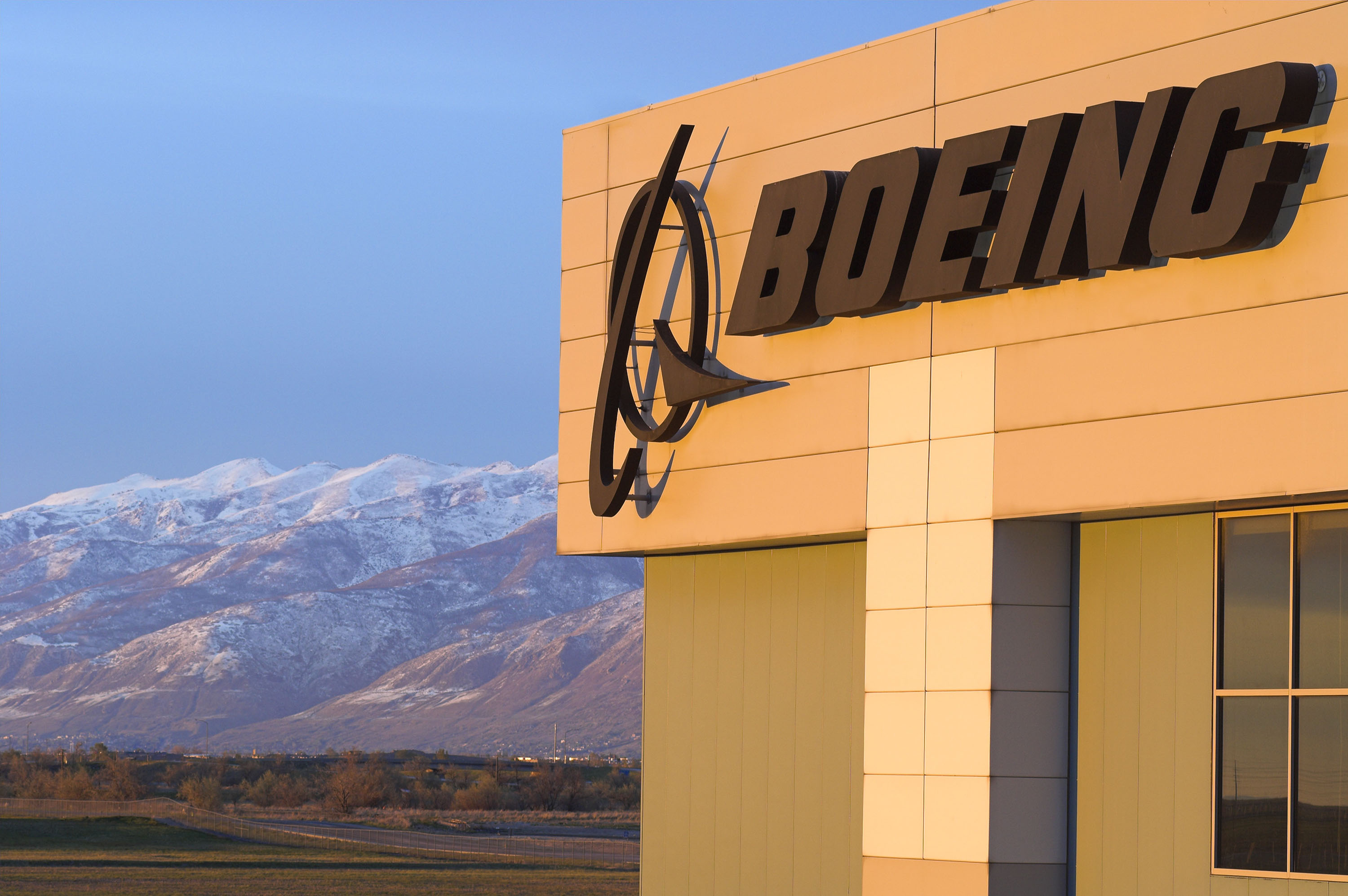 The Boeing team conducted a post-flight inspection and will calibrate instrumentation prior to the next series of flights, during which the tanker boom and WARPs systems will be deployed. Before the end of the year, the KC-46 will begin conducting aerial refuelling flights with a number of U.S. Air Force aircraft. Those flights, along with the mission systems demonstrations and a recently completed ground cargo handling test, will support the planned Milestone C decision in 2016.

As part of a contract awarded in 2011, to design and develop the U.S. Air Force’s next-generation tanker aircraft, Boeing committed to building four test aircraft, two, N461FT and N463FT, are currently configured as 767-2Cs and two, N462KC and N464KC, as KC-46A tankers. The KC-46s will fly as fully equipped tankers through the FAA and military certification process, while the 767-2Cs enter flight test prior to receiving their upgrade to the KC-46A configuration and the addition of their aerial refuelling systems.

The program’s first test aircraft (EMD-1), N461FT, has completed more than 150 flight test hours to date since making its first flight in December 2014.

It has also been confirmed that Boeing will increase production of the 767 by 25% in 2017 to help fill an order for 50 planes from FedEx. Reuters reported that Boeing will lift the production rate to 2.5 a month from two a month, starting in the fourth quarter of 2017. The company makes 1.5 a month currently and is due to reach two a month in the first quarter of 2016. The backlog of 767 orders reaches into the mid-2020s, and the increased production rate will result in a small increase in employees in 2017. “We are confident the market will support a long-term future for the 767,” Brad Zaback, Vice President and general manager of 767 program is quoted as saying.

Components manufactured at the West Jordan site are shipped 22 miles for final assembly of the horizontal stabilizer at Boeing’s Salt Lake City airport facility where a second assembly line has recently been added.

“This accomplishment took everyone’s hard work and dedication in all areas of our business,” said Mr. Coughlin. “Whether you worked directly on the horizontal stabilizer or not, you all had a part in making it happen.’’

In the past year alone, the Utah Fabrication teams have: 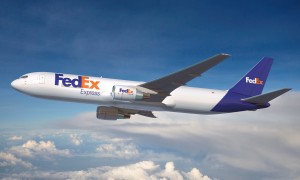 Boeing also is ramping up output of 737s and 787s but reducing production of its bigger 747, which has suffered from slow sales. Some analysts have said Boeing will need to temporarily cut production of the 777 as it switches to a new version later in the decade, but Boeing has said it has no current plans to cut that rate.