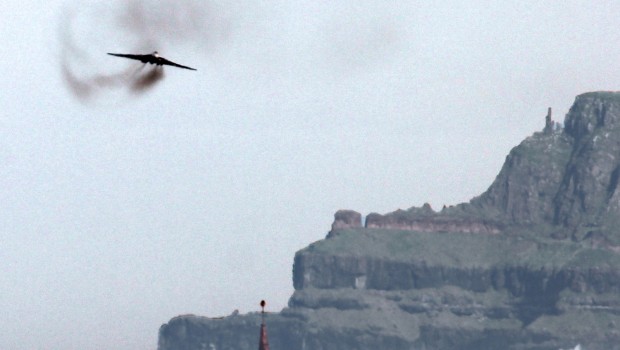 The Airwaves Portrush Airshow took place over the weekend of 5th and 6th September. There was a fantastic turnout and an impressive line-up of displays. Please see the photos below. If you have some photos from the day, you can send them to mark@flyinginireland.com and please include a caption. (www.airwavesportrush.co.uk)

A small part of the static display area at the air show, this section featuring a few aircraft of the Ulster Aviation Society.  The society’s collection includes about 30 aircraft at the former RAF Long Kesh base near Lisburn.  Group tours can be arranged through the UAS website:  www.ulsteraviationsociety.org. Stephen Riley 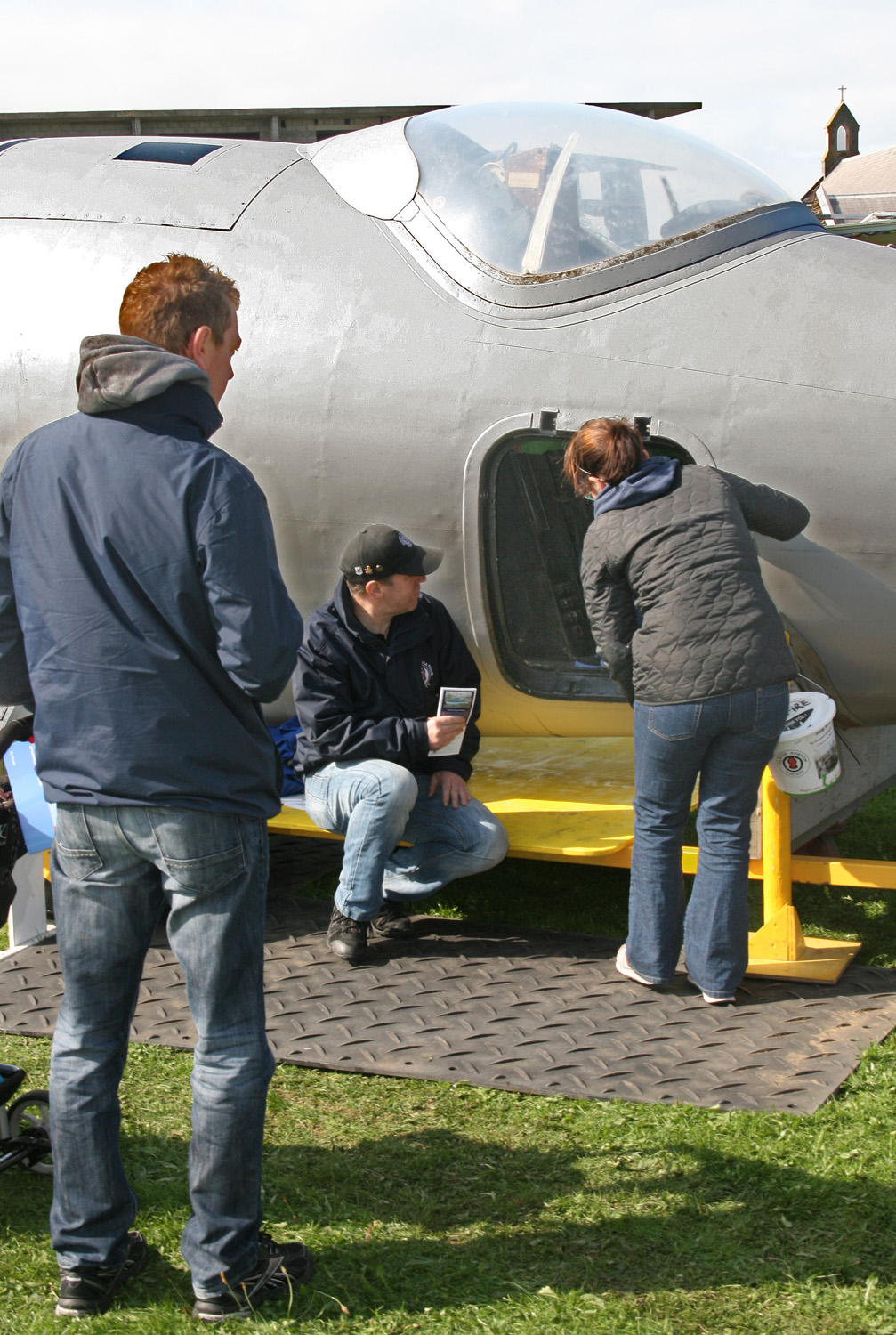 UAS volunteer Ian Hendry  (kneeling) guided visitors into the nose section of a Canberra bomber trainer at the Air Waves show in Portrush during the weekend.  Ian is the lead hand for the society’s painting crew.  It was the first public appearance of the nose section, seen here in its primer coating.  Now it’s back to the shop for the final, more colourful coats!   The Society also possesses a complete Canberra—the reconnaissance version, all of which were built at Shorts in Belfast. Stephen Riley. 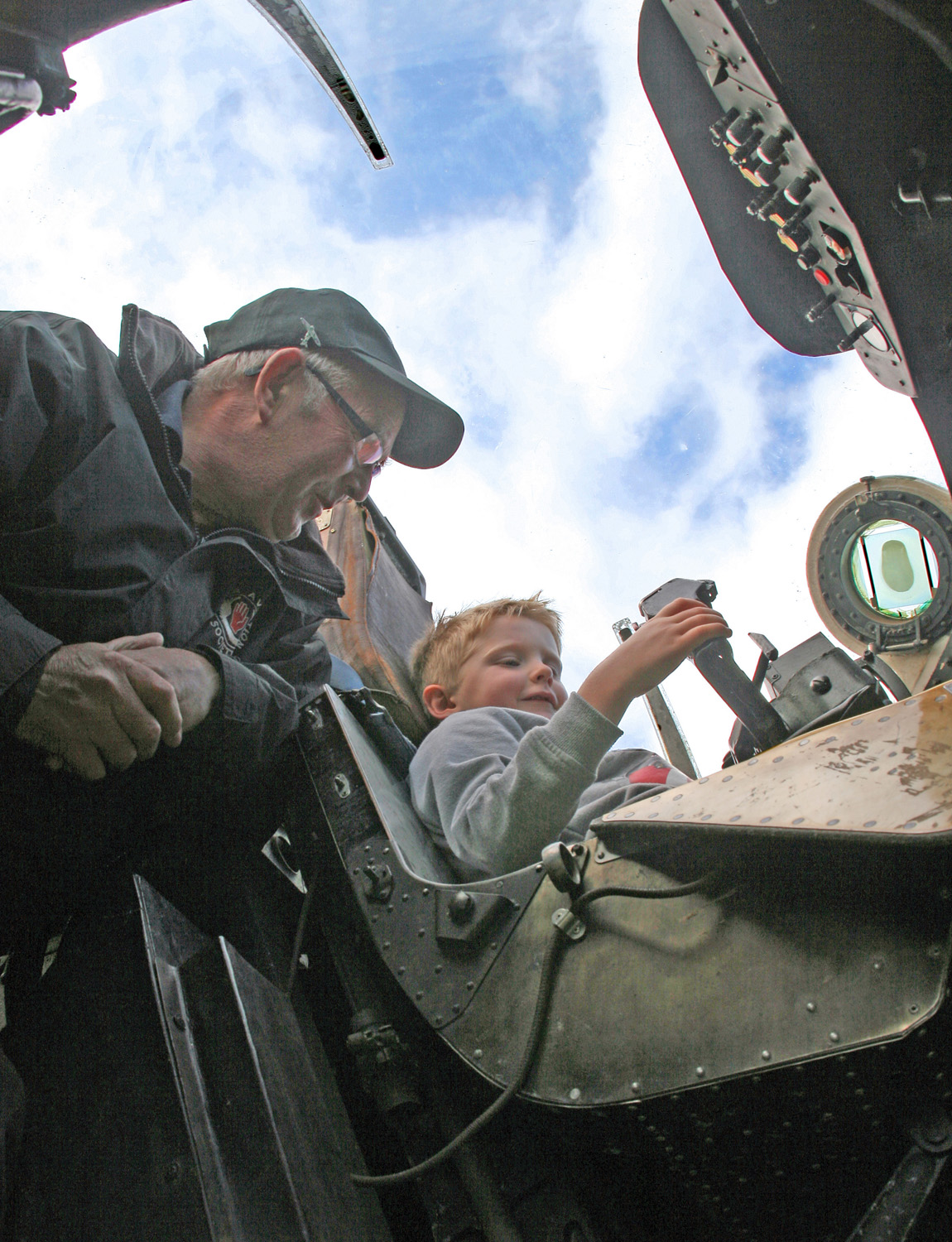 Five-year-old Charlie Robinson gets some on-the-spot instruction in how to fly a Canberra, from his grandfather Jim, a UAS member from Portadown. Stephen Riley. 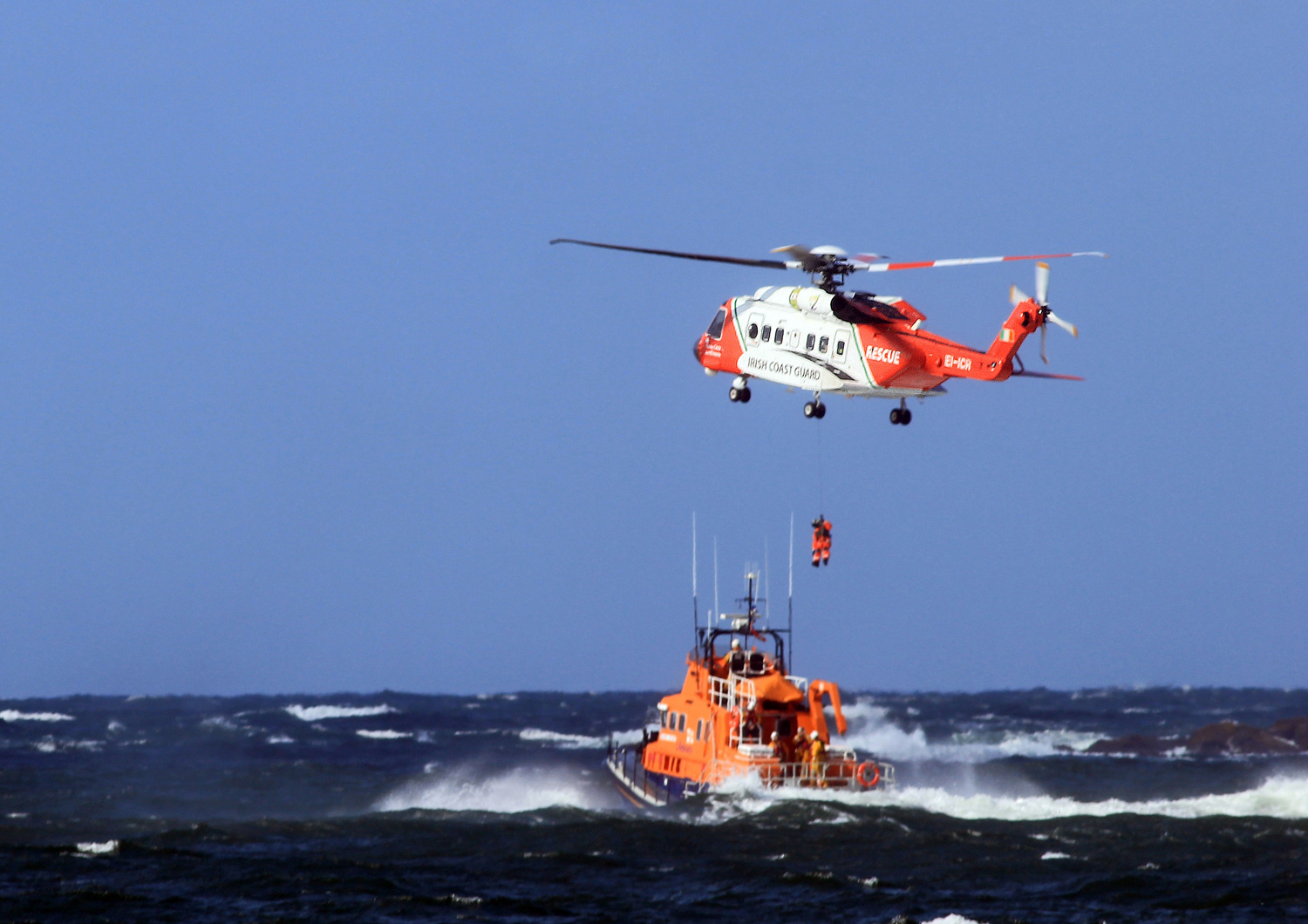 Rotors and rough waves:  An S-92  helicopter of the Irish Coast Guard joined with the Portrush lifeboat for a rescue demonstration, which brought enthusiastic applause from the huge crowds on the shore. Stephen Riley. 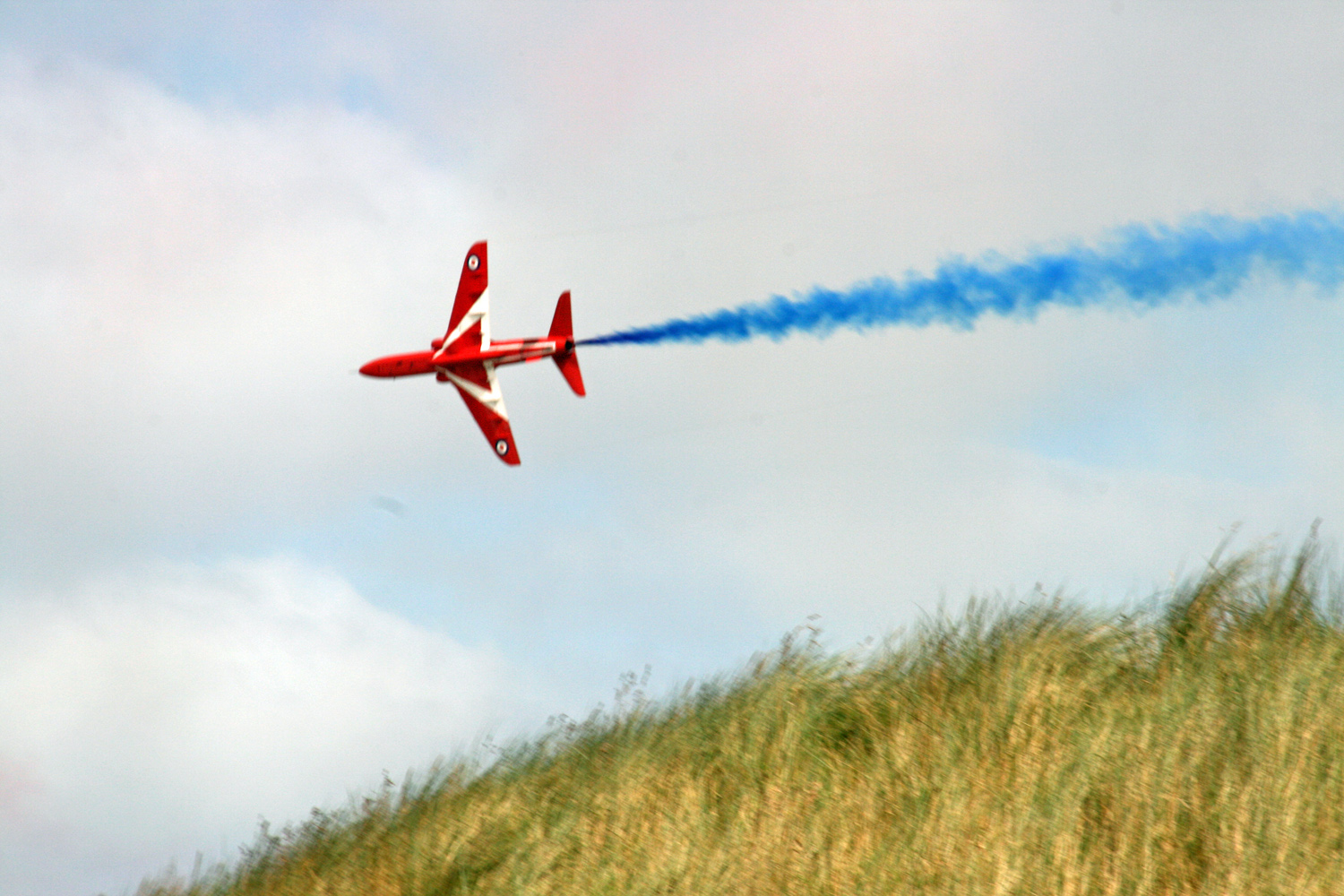 Beating up the grass, a Hawk trainer of the Red Arrows heads for the main display area at Portrush.  The team performed three shows on the weekend—two at Portrush and one in Scotland at Prestwick. Stephen Riley. 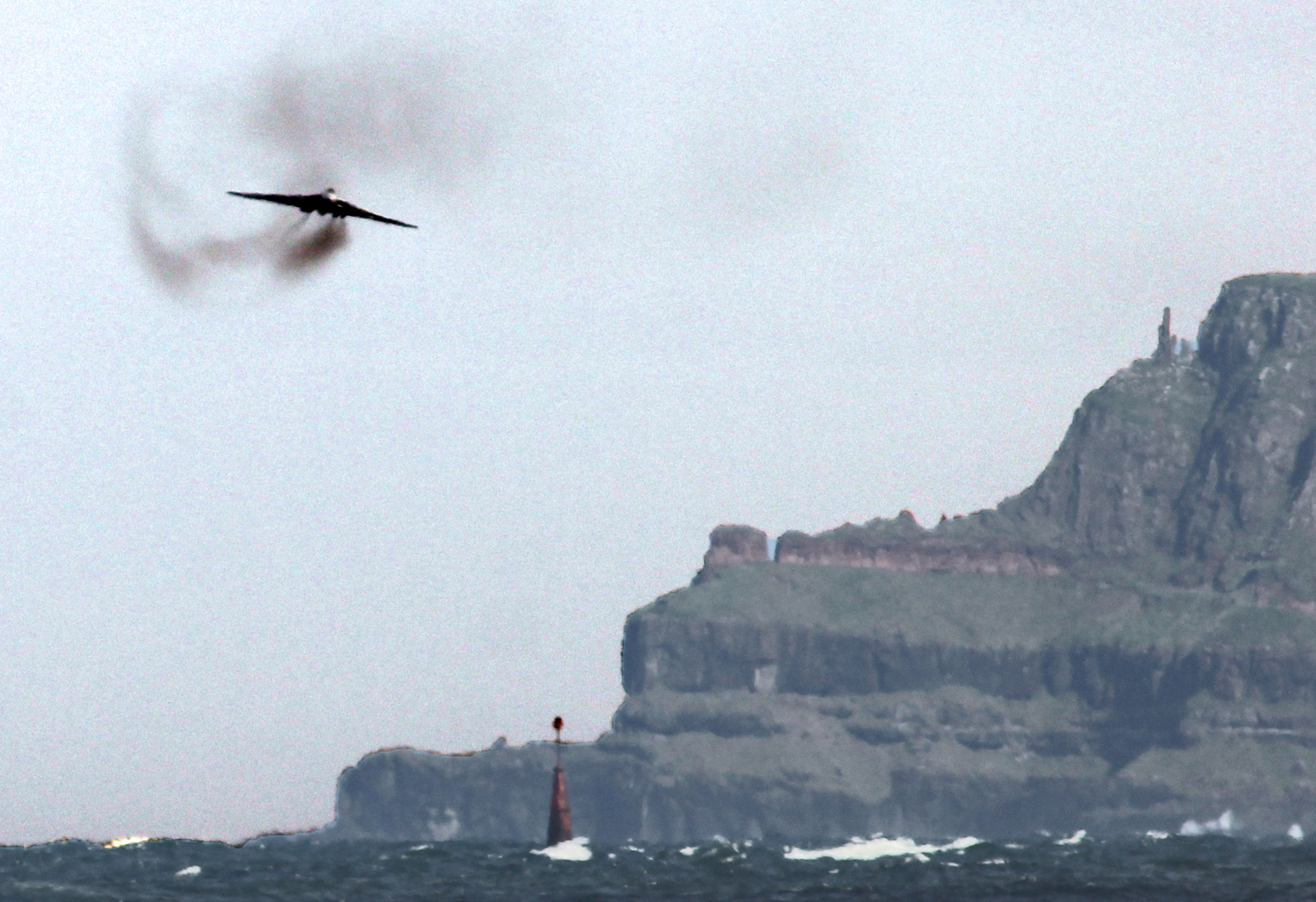 The Avro Vulcan arrives along the Causeway Coast, bound for the Air Waves event at Portrush. Stephen Riley. 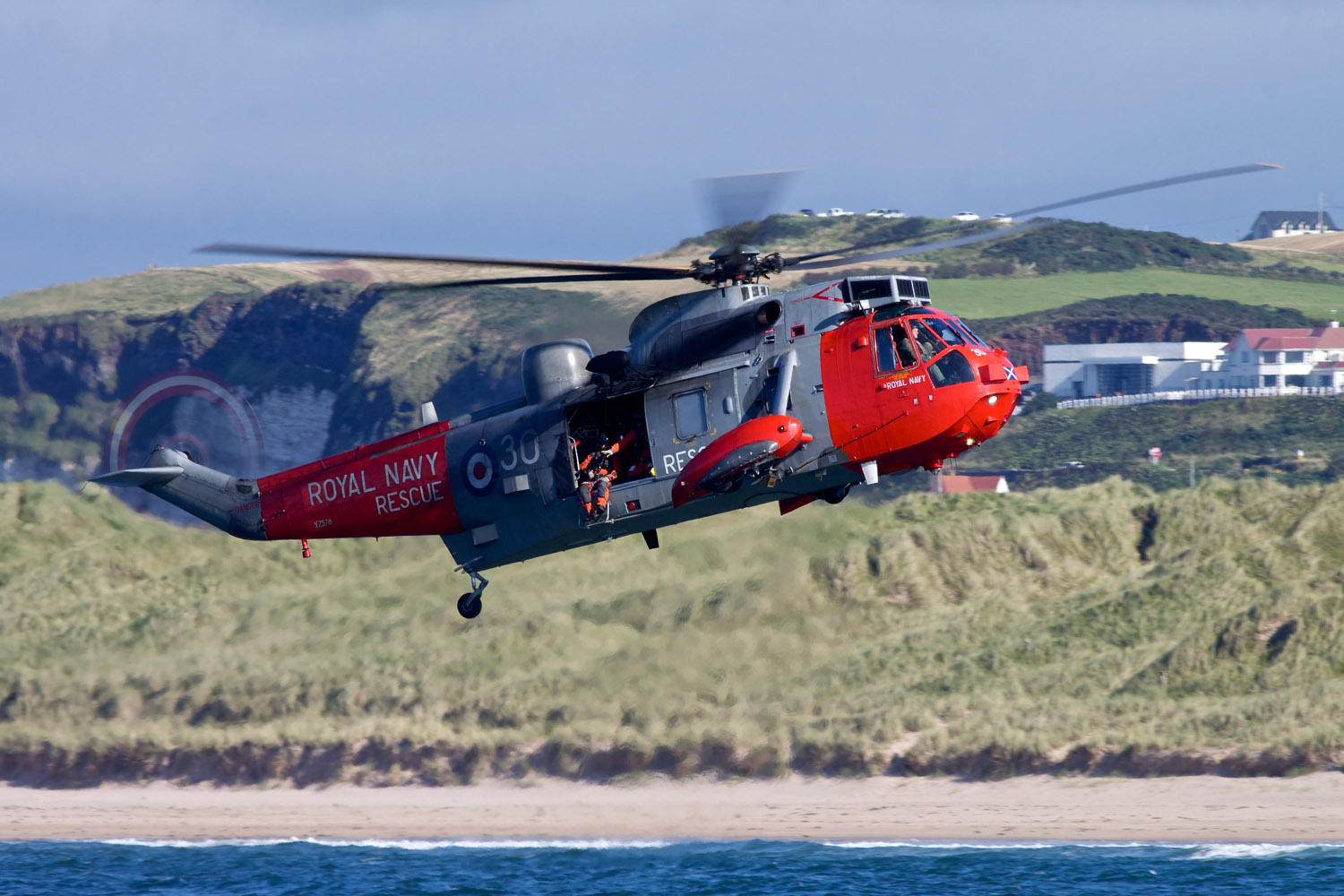 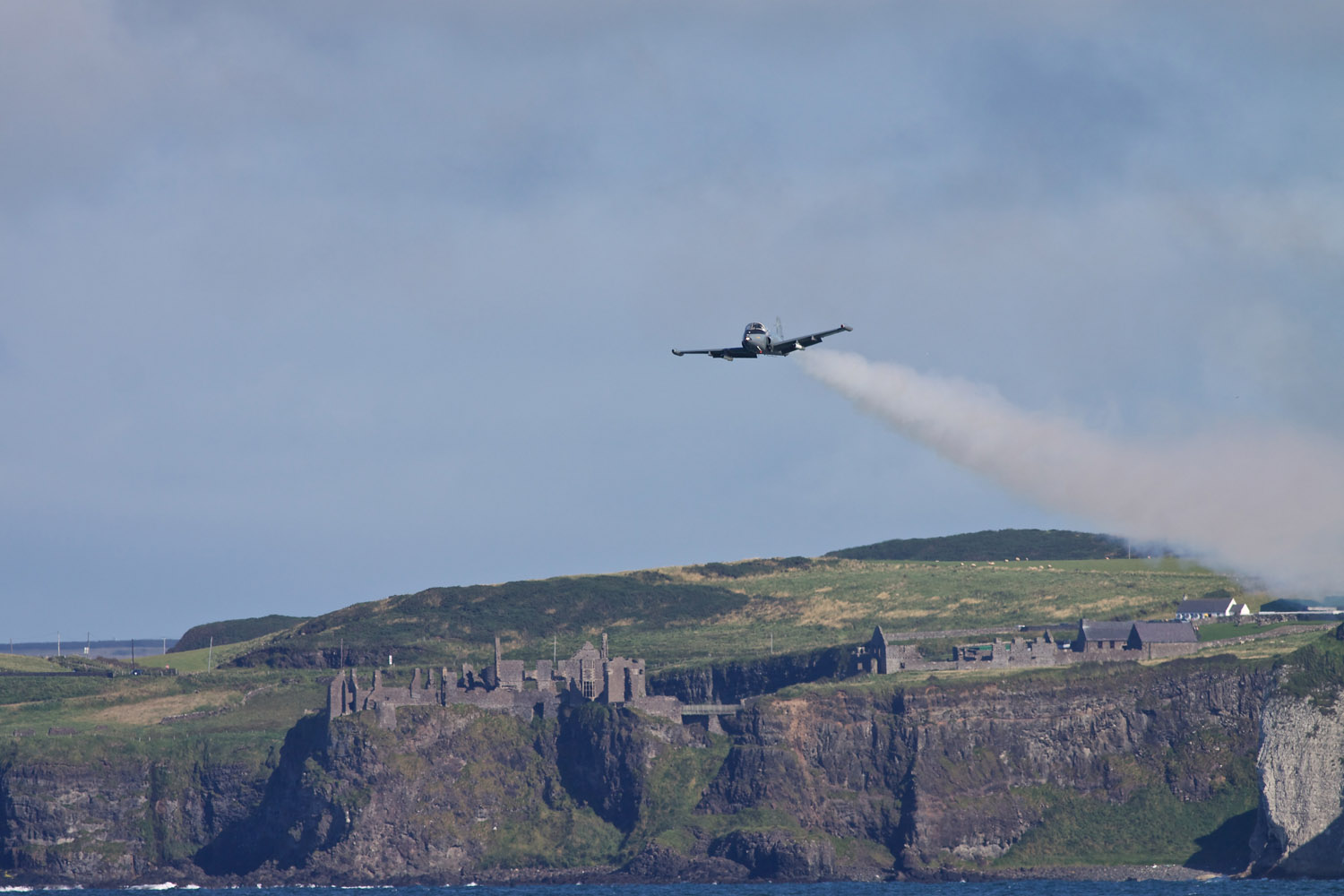 Strikemaster running in with Dunluce Castle behind. By Niall Grant 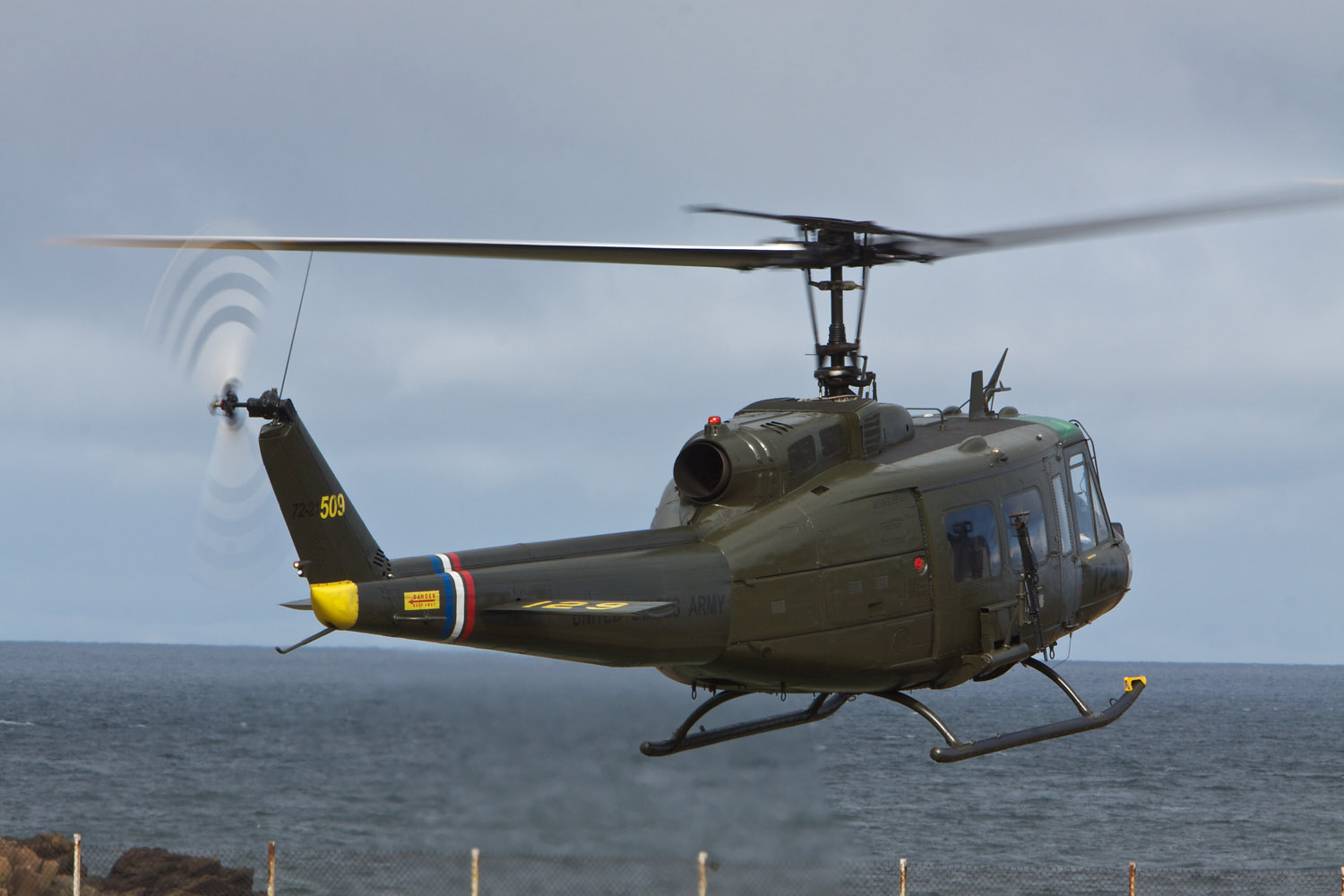 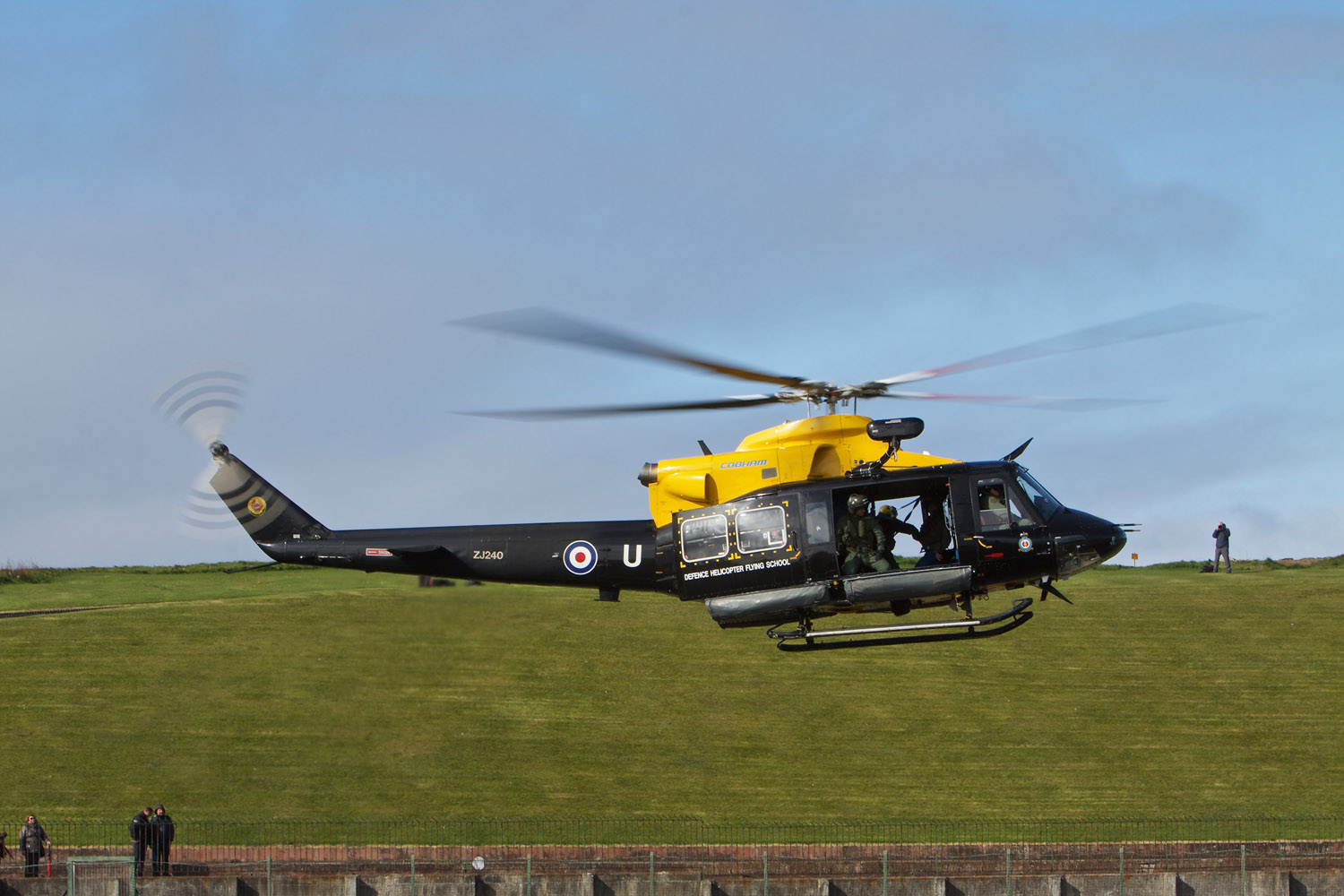 RAF, ZJ240/U, DHFS Bell 412 setting down on the tennis courts. By Niall Grant 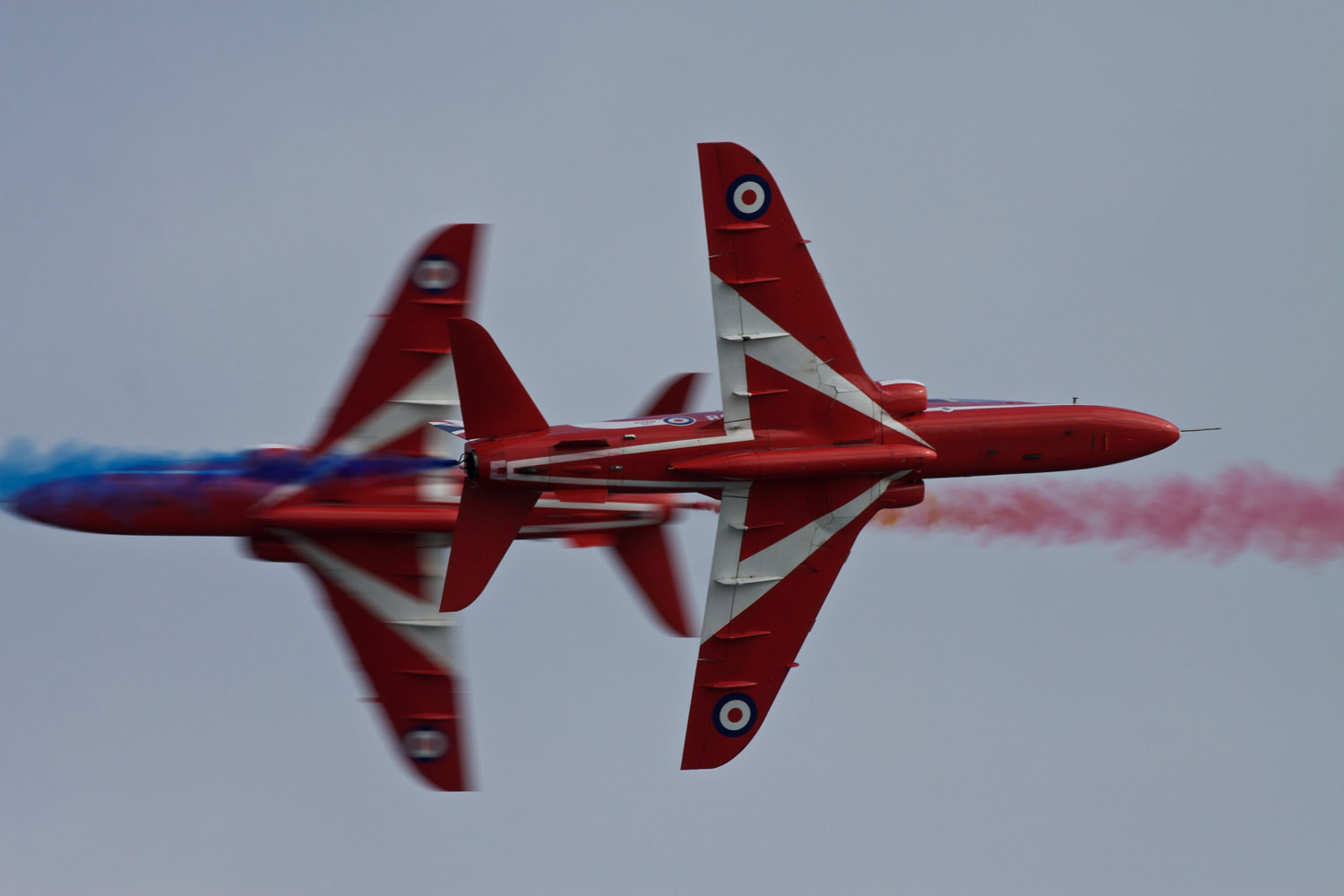 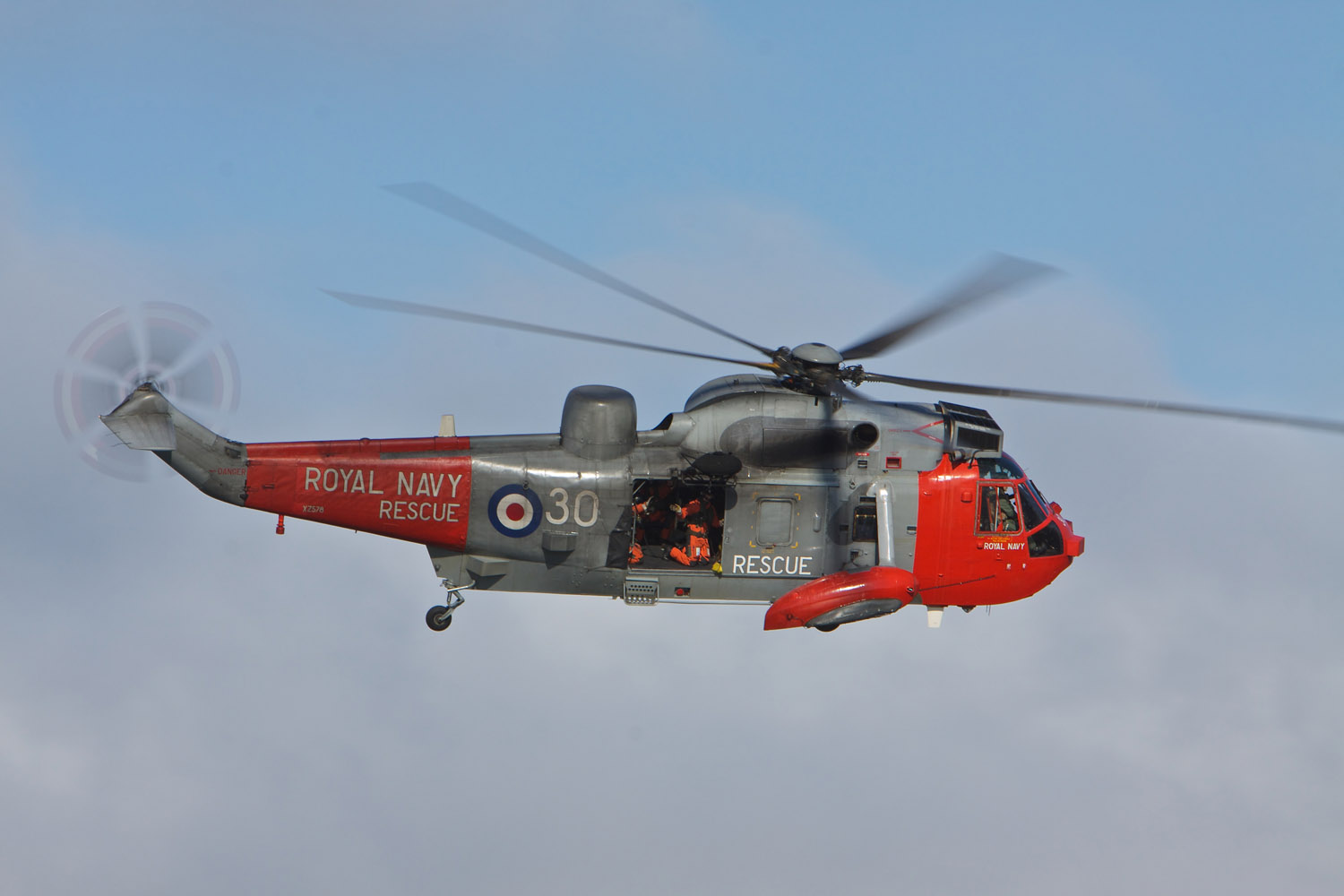 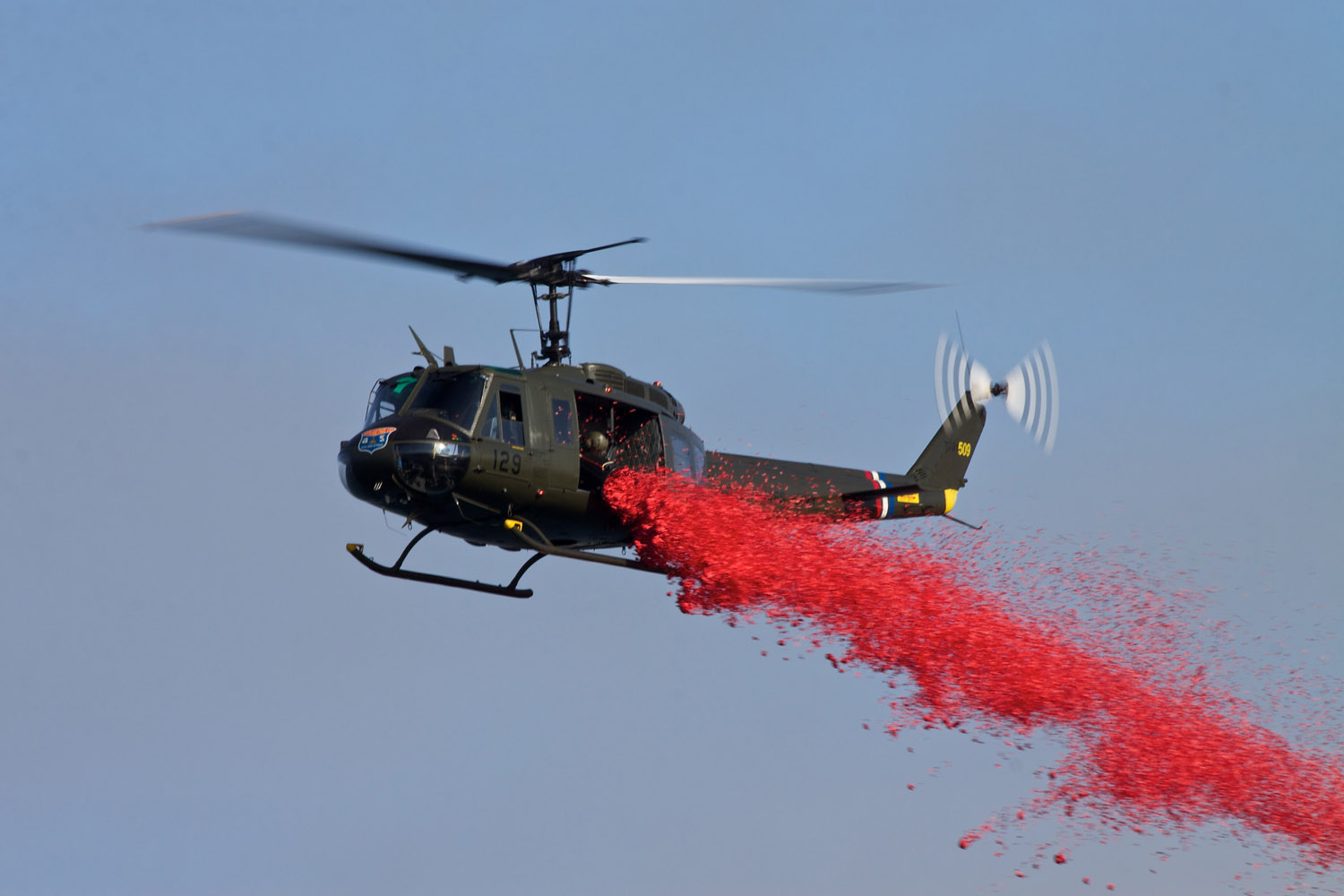 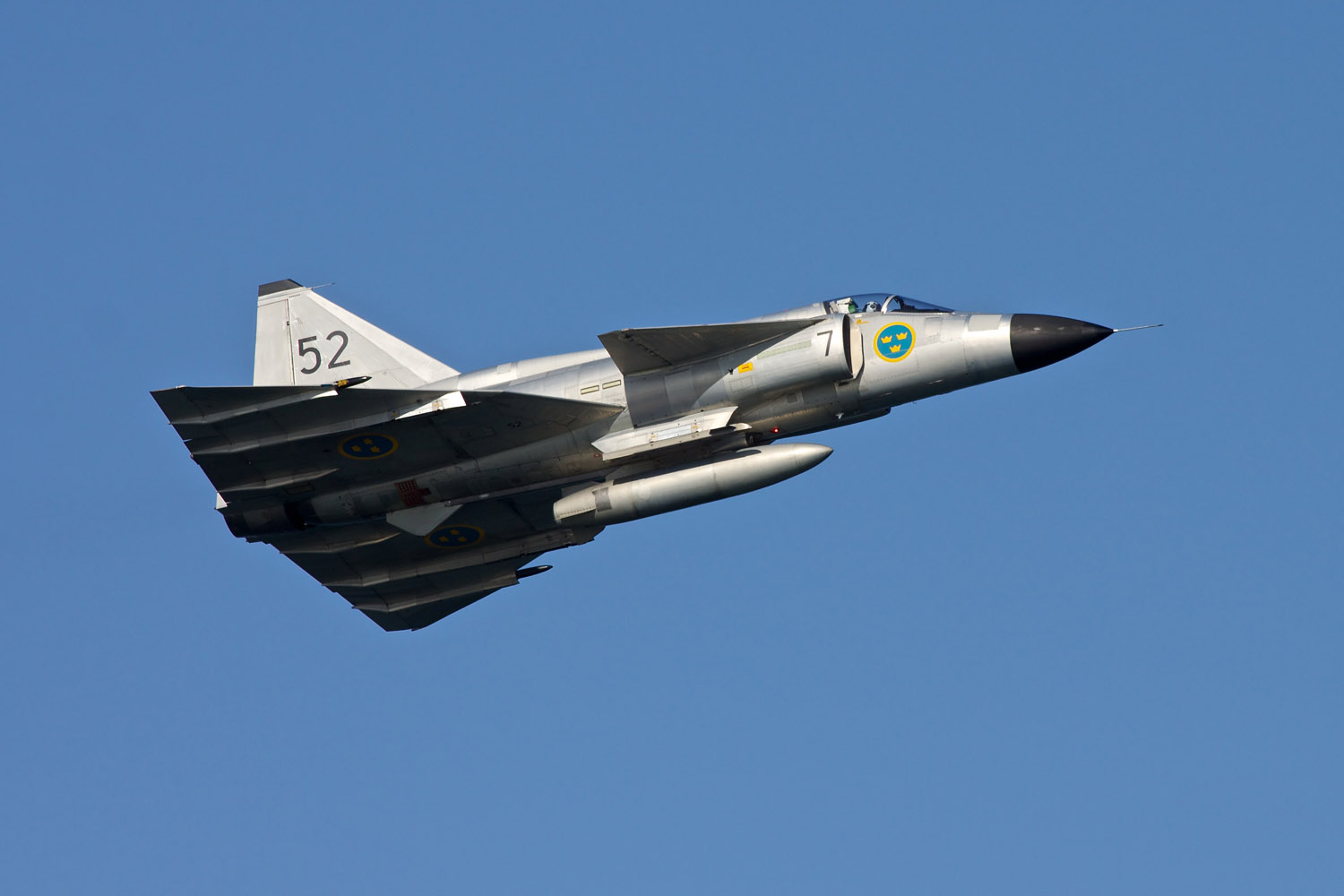 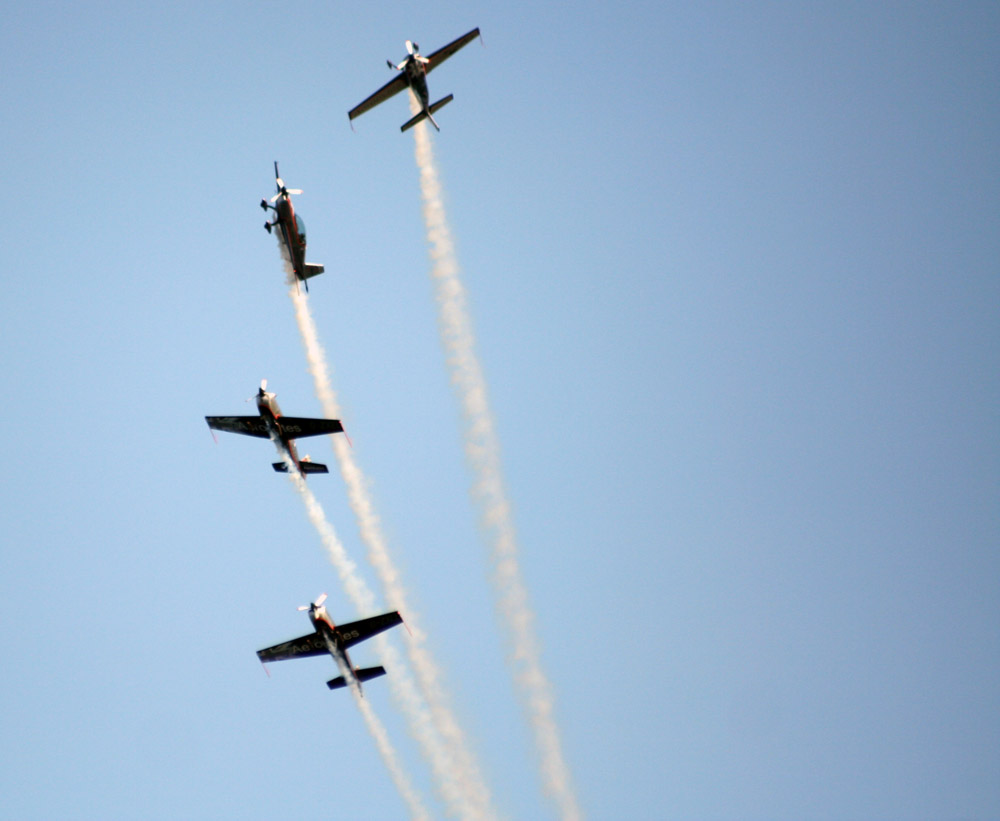 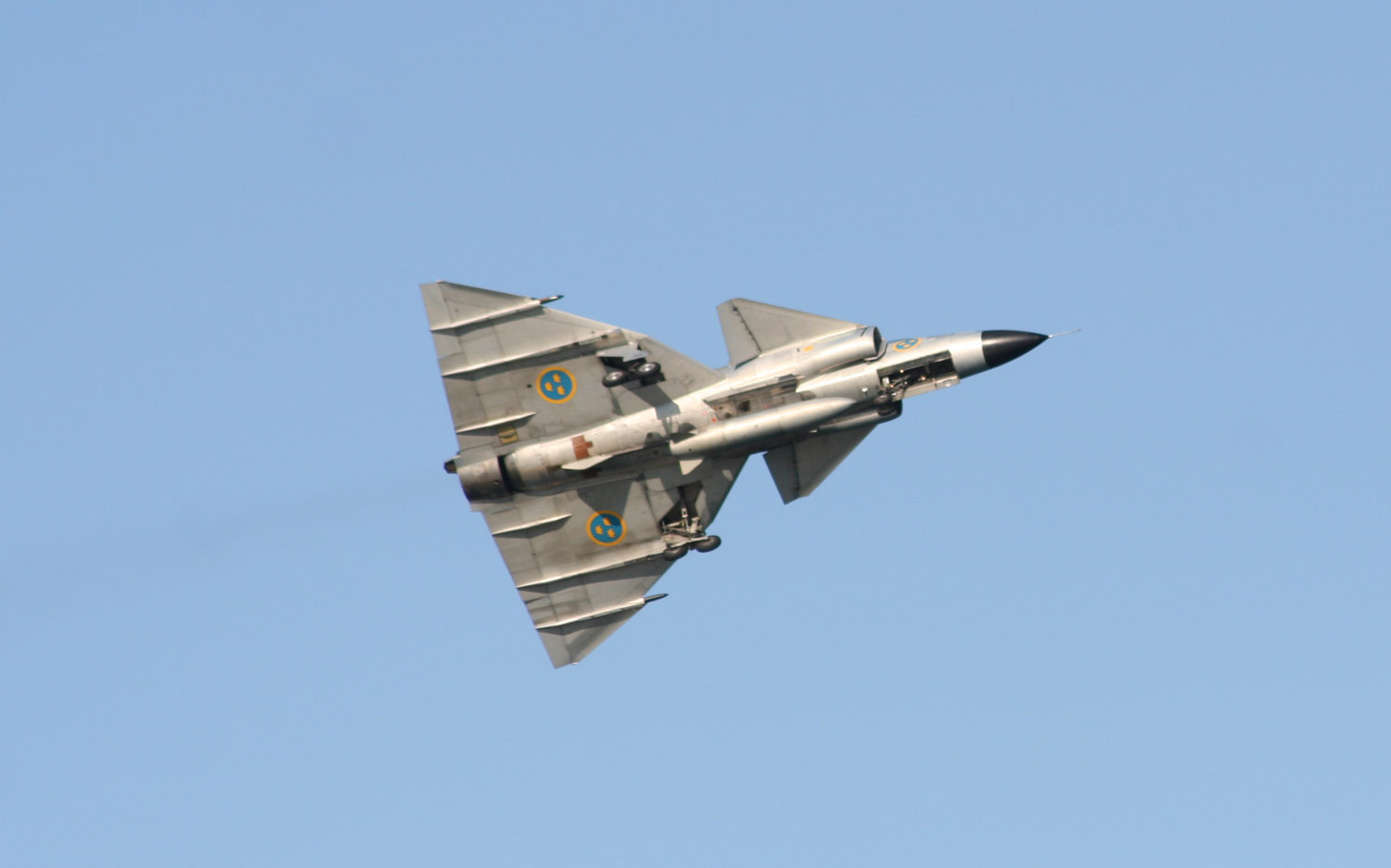 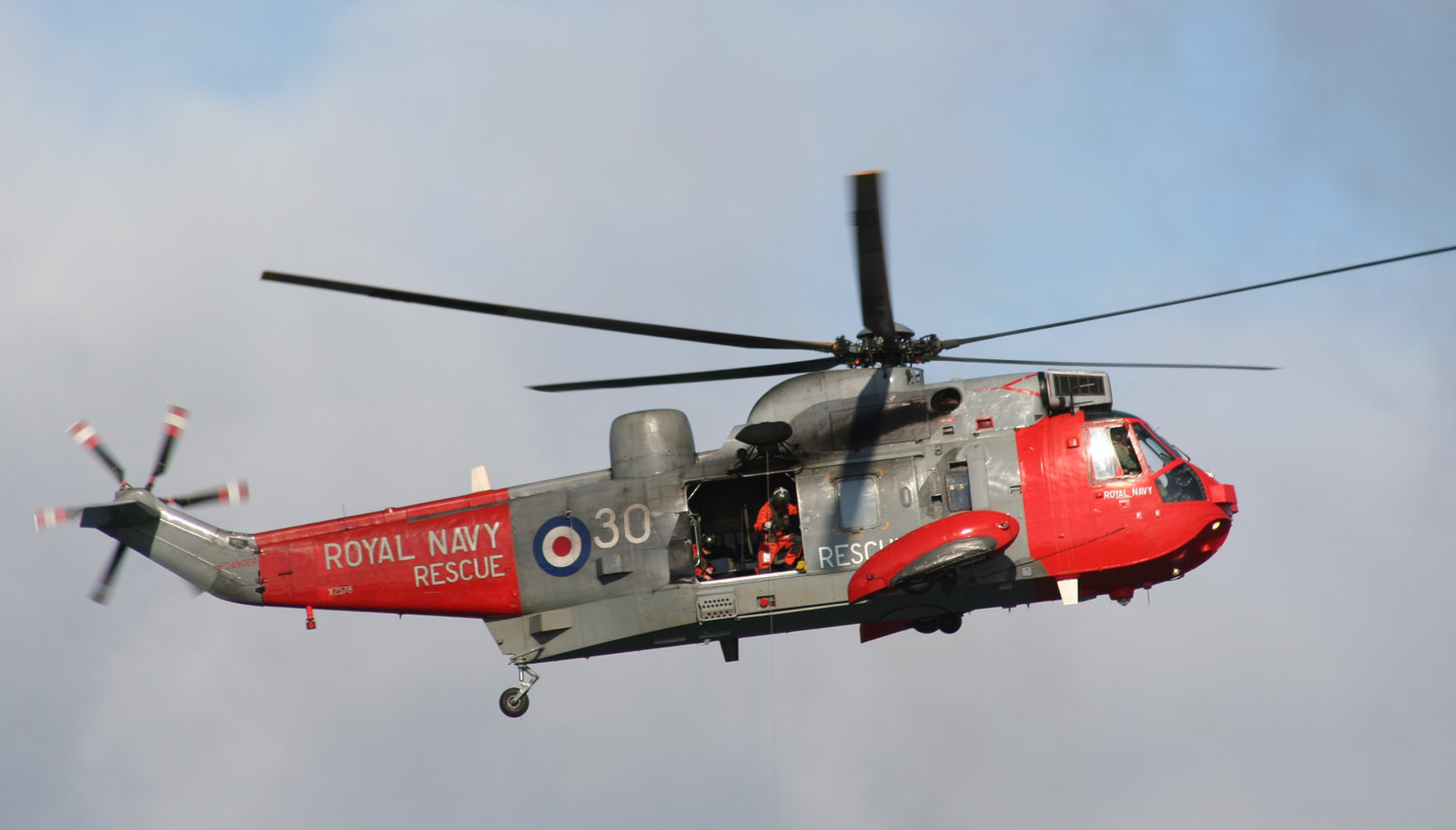 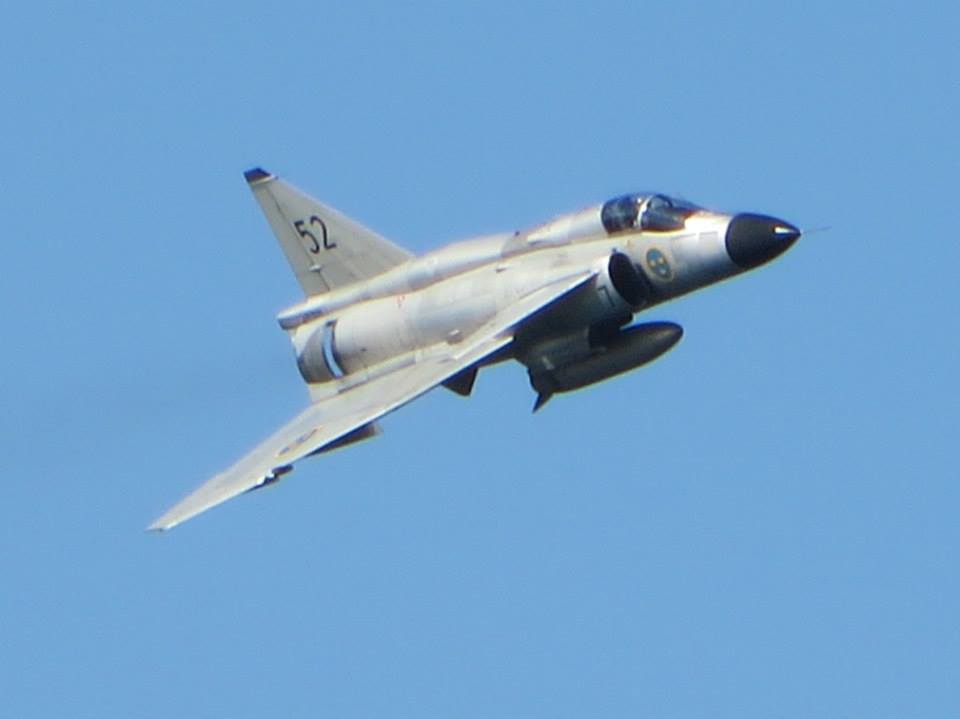 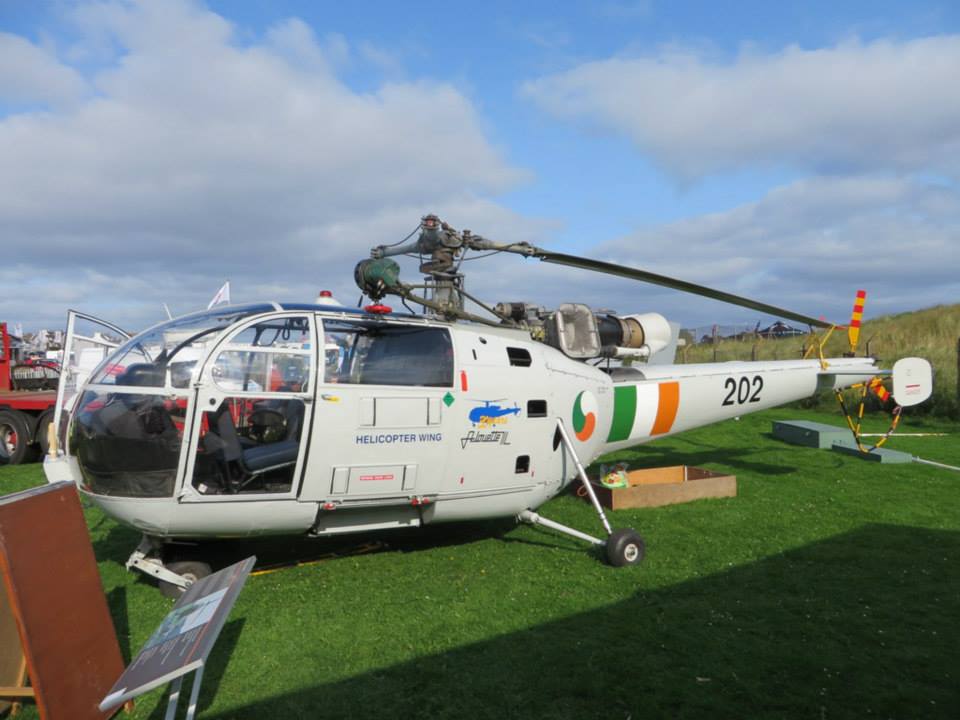 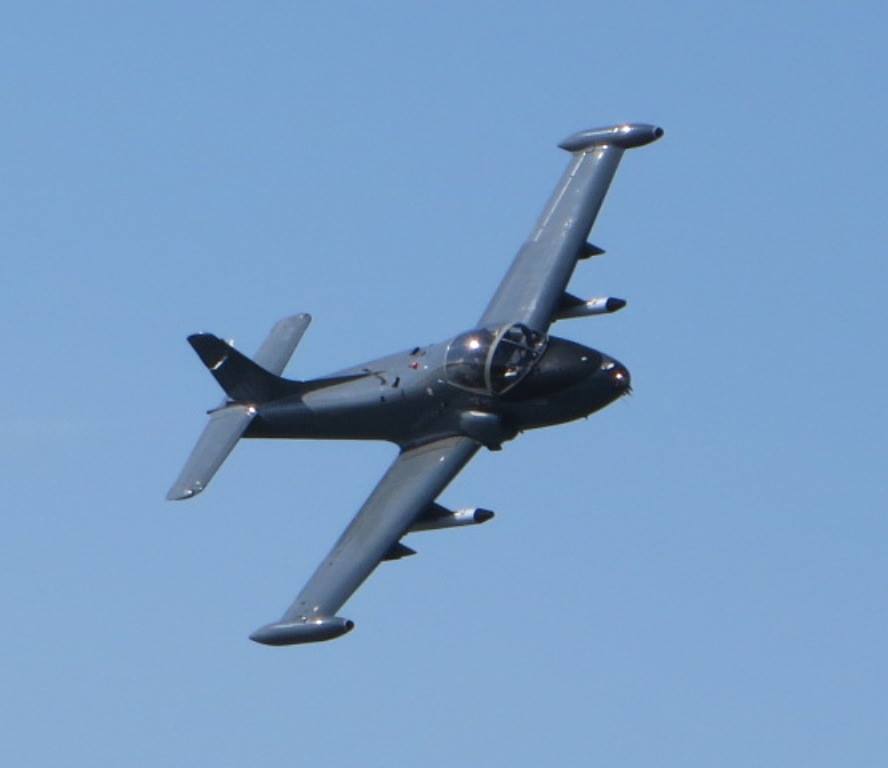 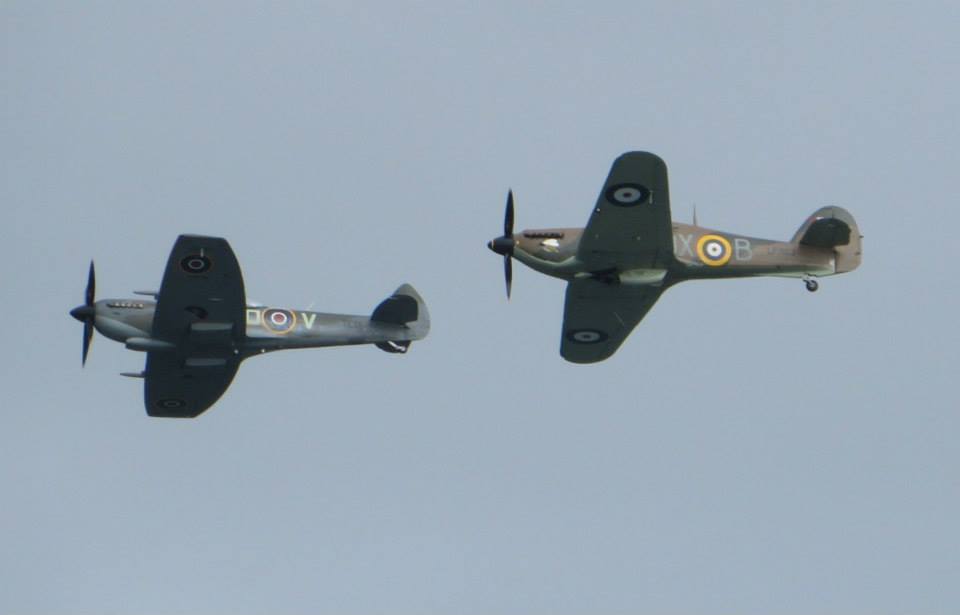 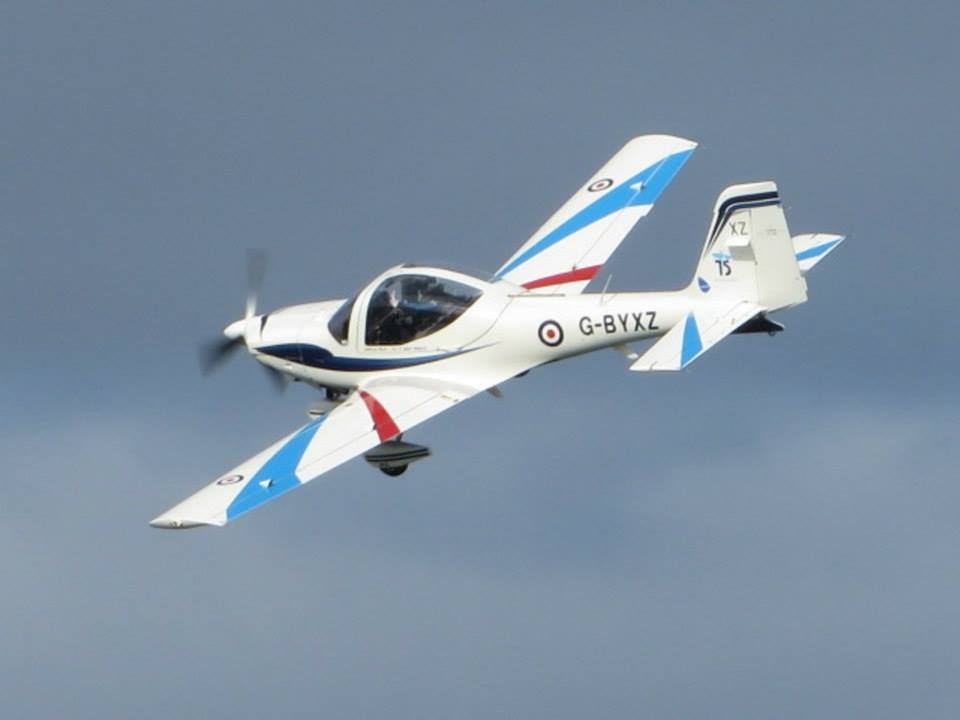 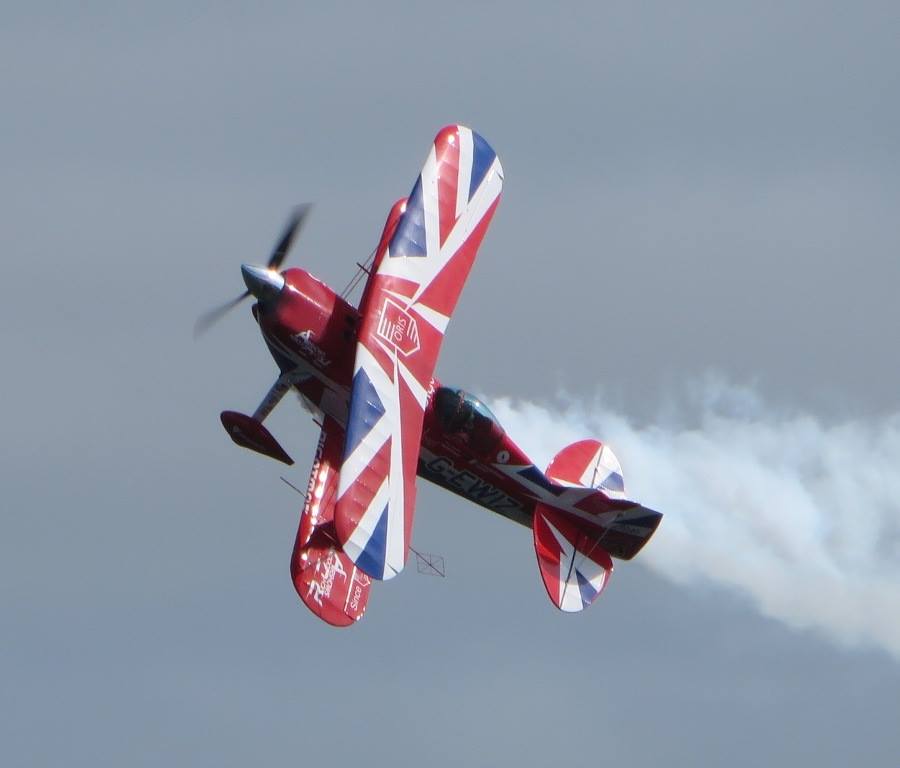 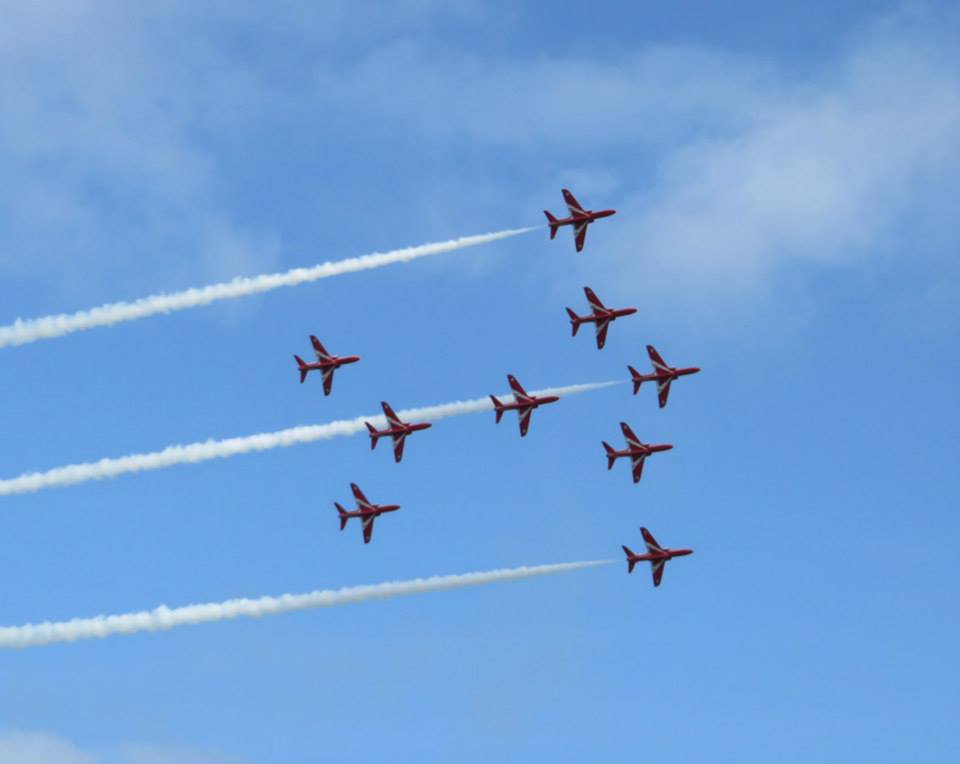 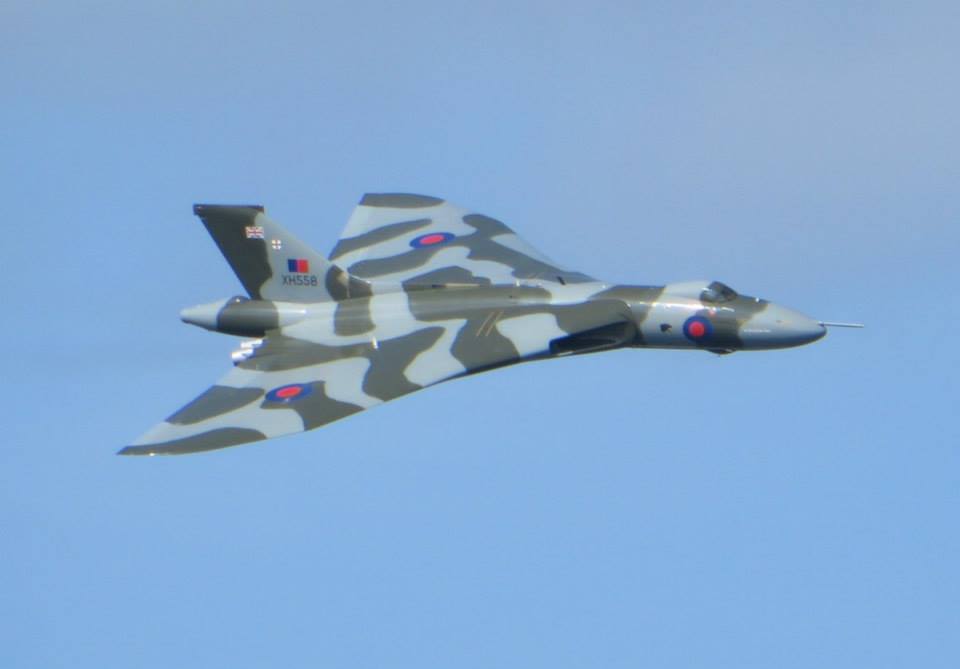 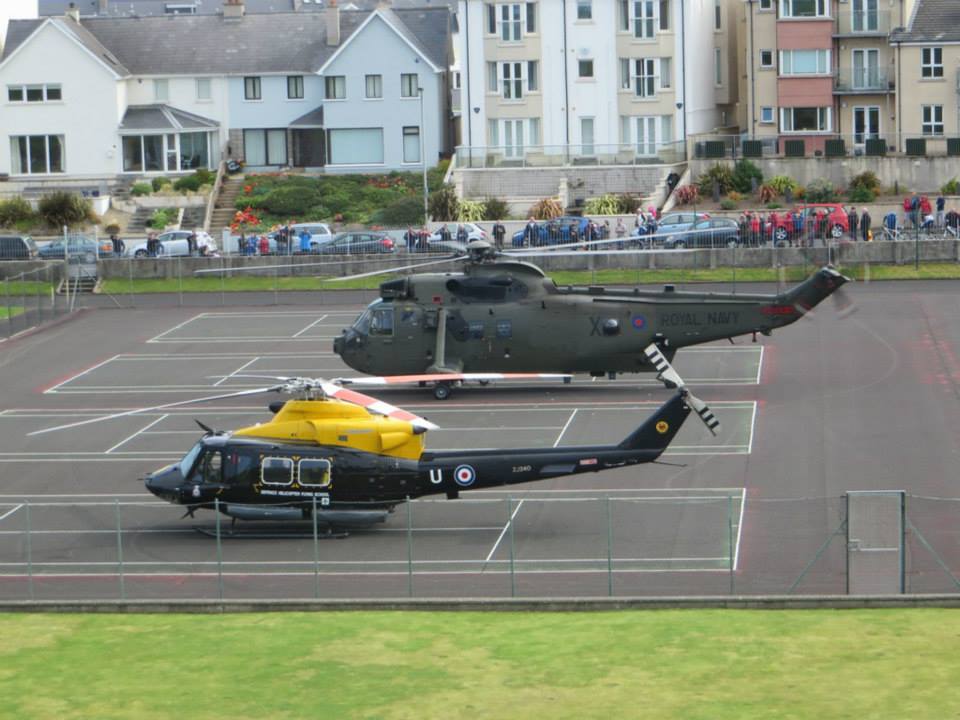 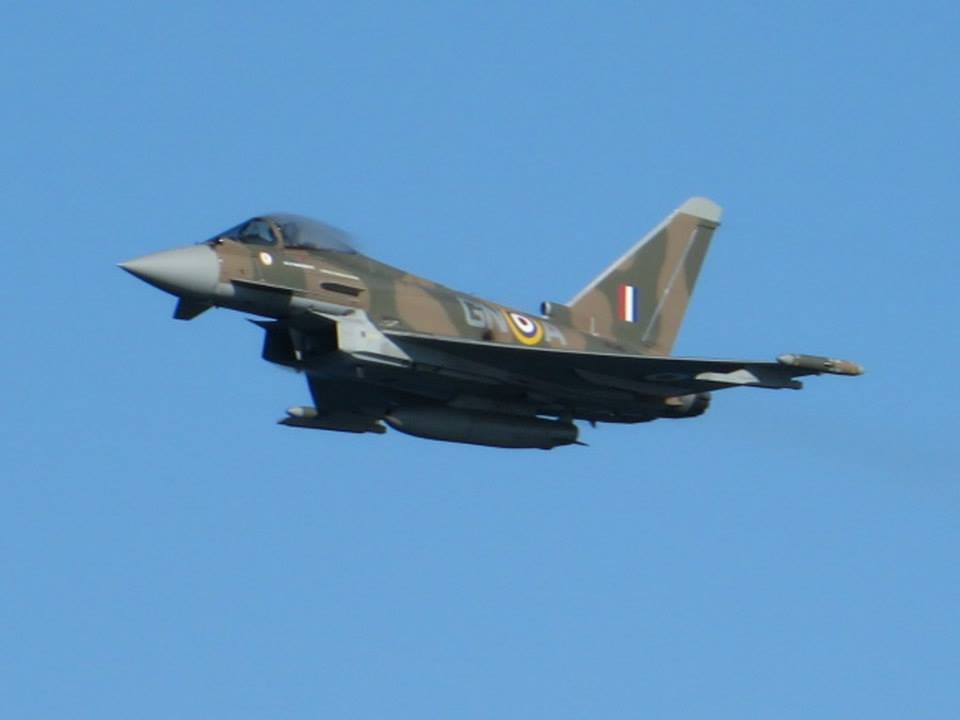 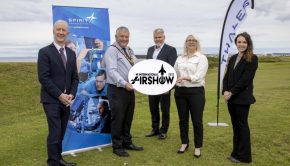 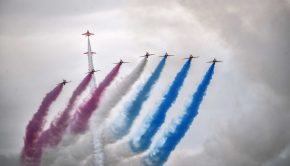