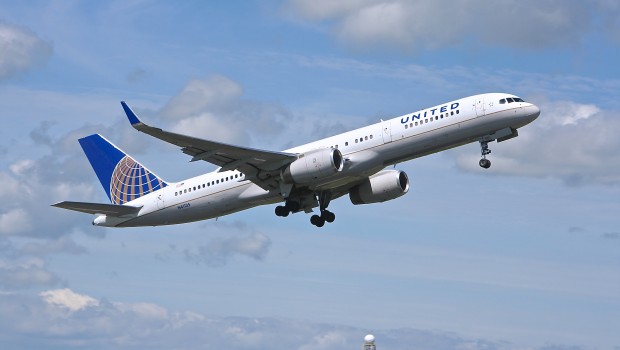 Earlier this month, United Airlines announced that it would be offering its customers from Northern Ireland, year-round nonstop service from Belfast to its New York hub, Newark Liberty International Airport. In addition to its current planned four times per week winter schedule, the airline will now also operate the service from 7th January through to 10th March 2016, three times weekly. Over the summer peak the service operates daily, as the UA 76/7.

This is the only non-stop transatlantic service from Belfast International Airport and indeed the only such service from Northern Ireland. Earlier this year on 27th May, United Airlines celebrated the tenth anniversary of this service, which up to then, had carried a total of almost 900,000 customers. 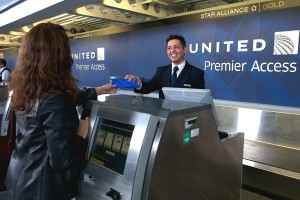 Belfast International Airport Managing Director, Graham Keddie, said: “This is wonderful news. We have been working with stakeholders to achieve this outcome and we are delighted it is now being delivered. The decision by United to return to full year-round service is of great significance to the Northern Ireland economy. Our one and only direct, scheduled trans-Atlantic service to Newark Liberty is a ‘lifeline’ for U.S.-owned firms and adds massively to efforts by Invest NI to attract additional and highly prized U.S. investment. United are to be applauded, and we will do all we can to promote and market the service.”

Recognising the significance of the route, two years ago, and in order to safeguard it, the UK government took the decision to devolve air taxes charged on all long haul flights from Northern Ireland to the Northern Ireland Executive. Air Passenger Duty was subsequently abolished on the Belfast/Newark route. Also changes were made to the year round operation of the service, dropping it when demand could not support it, over some of the lean winter months. In line with this, the route did not operate between 6th January and 11th March 2015. At the time Belfast International Airport said they were “naturally disappointed” by that decision.

Echoing Mr. Keddie’s comments, Bob Schumacher, United’s Managing Director Sales, UK and Ireland, said they we’re pleased to offer their Northern Irish customers a year-round direct link to New York. “New York remains a popular destination for travellers and our Newark Liberty hub provides the most convenient route into the city as well as easy connections to hundreds of other destinations across the United States and beyond. With this schedule change, we are offering our customers even more choice” he added.

As Mr. Schumacher noted, Newark Liberty hub provides the most convenient route into New York City, and is the only New York-area airport served directly by regional and national rail lines. The AirTrain service to New York Penn Station in midtown Manhattan, convenient to Wall Street and Times Square, has a journey time of less than 30 minutes. Also as he pointed out, customers arriving in Newark on United flights from Belfast are able to connect quickly and easily with United flights, to destinations across the Americas. United operates flights from New York/Newark to more than 300 destinations throughout North, Central and South America and the Caribbean, including more than 100 served nonstop. 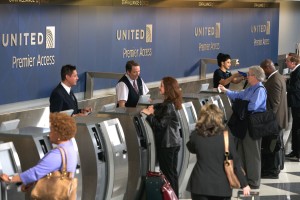 United operates nearly 700 mainline aircraft, and this year, the airline anticipates taking delivery of 34 new Boeing aircraft, including the 787-9 and the 737-900ER. United is also welcoming 49 new Embraer E175 aircraft to United Express. The airline is a founding member of Star Alliance, which provides service to 192 countries via 28 member airlines. More than 84,000 United employees reside in every U.S. state and in countries around the world.

In spite of this good news, Mr. Keddie said “challenges” remained, including “how to encourage more business passengers to use the main local airport for the transatlantic trip rather than go elsewhere”, a clear reference to Dublin.

According to figures published earlier this year by Dublin Airport, a record number of people from Northern Ireland chose to travel though Dublin last year with Dublin Airport confirming that passenger numbers from the North had soared to a high of 864,000.

The company’s Board of Directors also authorised an additional $3 billion (around €2.6 billion) share repurchase program, which the company expects to complete by the end of 2017.

“This quarter’s record results reflect the progress we’re making on our long-term plan, and I’d like to thank the United team for their great work,” said Jeff Smisek, United’s chairman, president and chief executive officer. “The $3 billion share repurchase program we announced today (23rd July) demonstrates the confidence we have in our future. We will continue to invest in our customers, assets and our people, and remain committed to improving our balance sheet, expanding our margins and improving our return on invested capital, and expect our third quarter pre-tax margin to be between 13.5 and 15.5%, excluding special items.”

Full details of the results can be found here.

The Association of Flight Attendants-CWA (commonly known as AFA) unit at United Airlines filed for federal mediation, under the jurisdiction of the National Mediation Board, in order to bring three years of negotiations to a close and allow United to complete its merger with Continental/ Continental Micronesia.

“A clear dispute exists and it is time for federal mediation. We are calling on management to negotiate a fair contract within the reality of record profits. Three years after the talks for a joint contract began, management doesn’t seem focused on negotiating a contract Flight Attendants can ratify,” said AFA International President Sara Nelson. “The long-term success of United Airlines depends upon current executives finishing this merger, which includes negotiating a joint Flight Attendant contract, and making good on promises to employees, Capitol Hill and the traveling public.” 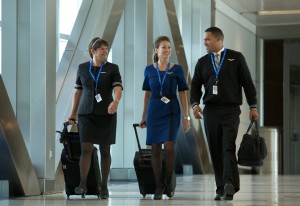 Under US law mediation under the Railway Labour Act is a formal, statutorily prescribed process. The mediator directs the negotiations with statutory authority including time and place of meetings, subjects to be discussed in a given week and the general approach to negotiations. NMB mediation is not binding arbitration. The contract would only become effective by agreement of both parties and it would be subject to membership ratification. “If mediation does not result in an agreement, the union may petition for a release, which would lead to a strike deadline” she added.