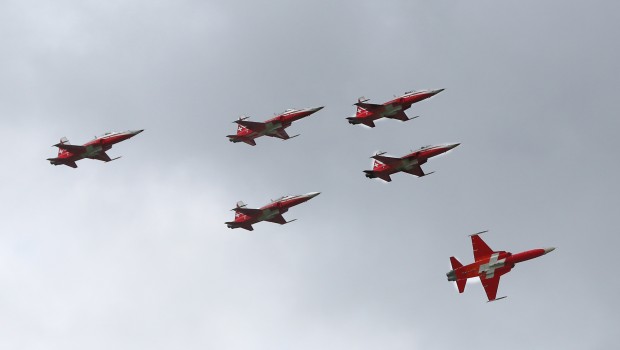 The stage is set for the 2015 Bray Air Spectacular with the Patrouille Suisse display team. They arrived in Baldonnel on a very wet Thursday afternoon. The six ship team performed a full display routine along the seafront in Bray at lunchtime on Friday in the sunshine. The “Patrouille Suisse” are the premiere Swiss Air Force aerobatic display team who fly six Northrop F-5E Tiger II fighters, painted in a national white and red colour scheme. The team basically consists of six demonstration pilots, one spare pilot, two narrators and about 35 technicians. 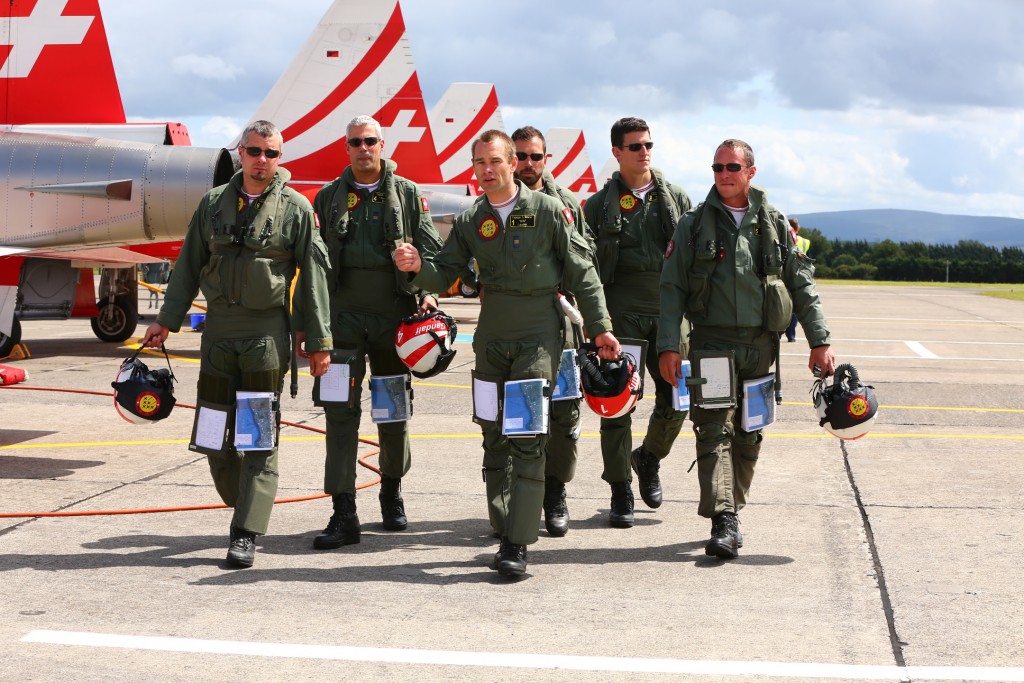 Also appearing at the Bray Air Spectacular will be the Irish Air Corps with a 4 ship PC-9 display, CASA CN-235MPA and helicopters. The Irish Coast Guard S-92 will display alongside the Dun Laoghaire RNLI lifeboat. The Irish Historical Flight Foundation will have their largest public appearance to date. Ryanair, Aer Lingus and Cityjet are all expected to have an example of their jets put on a performance along the seafront. There will also be fast and slow jets, light aircraft and display teams to entertain the crowds during the afternoon. 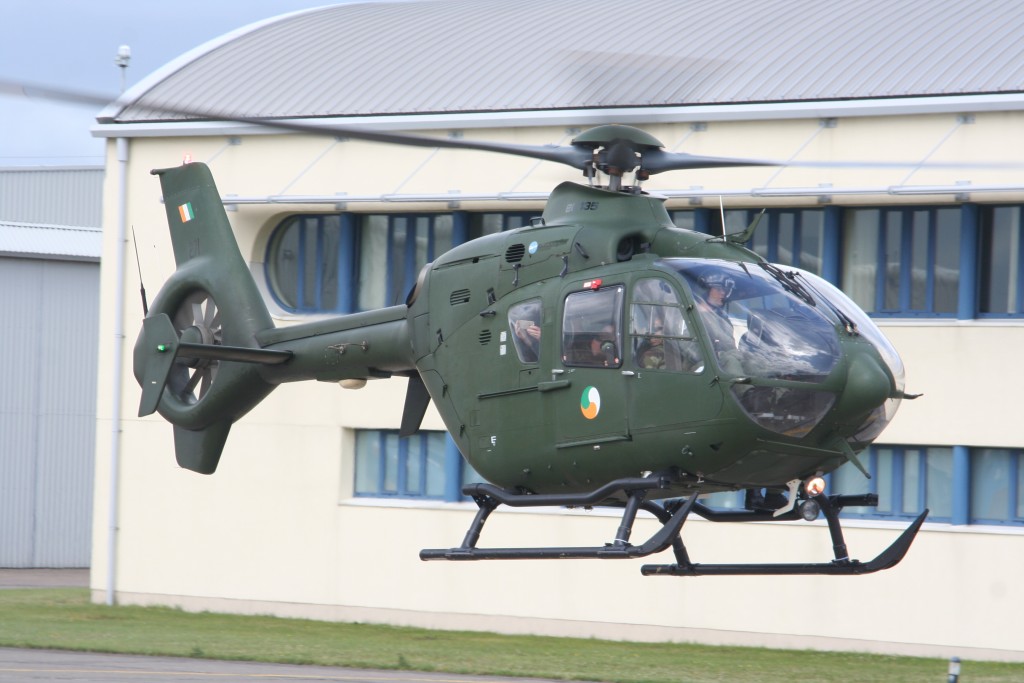 The Airshow starts at 2.00 pm and updates will be carried live on Facebook and Twitter with Radio NOVA broadcasting live from Bray on the day.