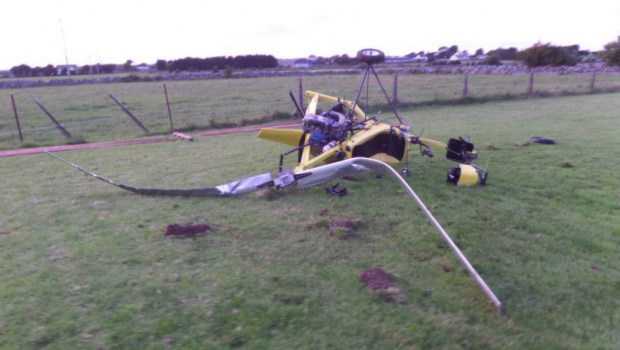 The Air Accident Investigation Unit, part of the Department of Transport, Tourism & Sport, is responsible for the investigation of aircraft accidents, serious incidents, and incidents (Occurrences) that occur within Ireland. They have just published two reports involving general aviation aircraft. 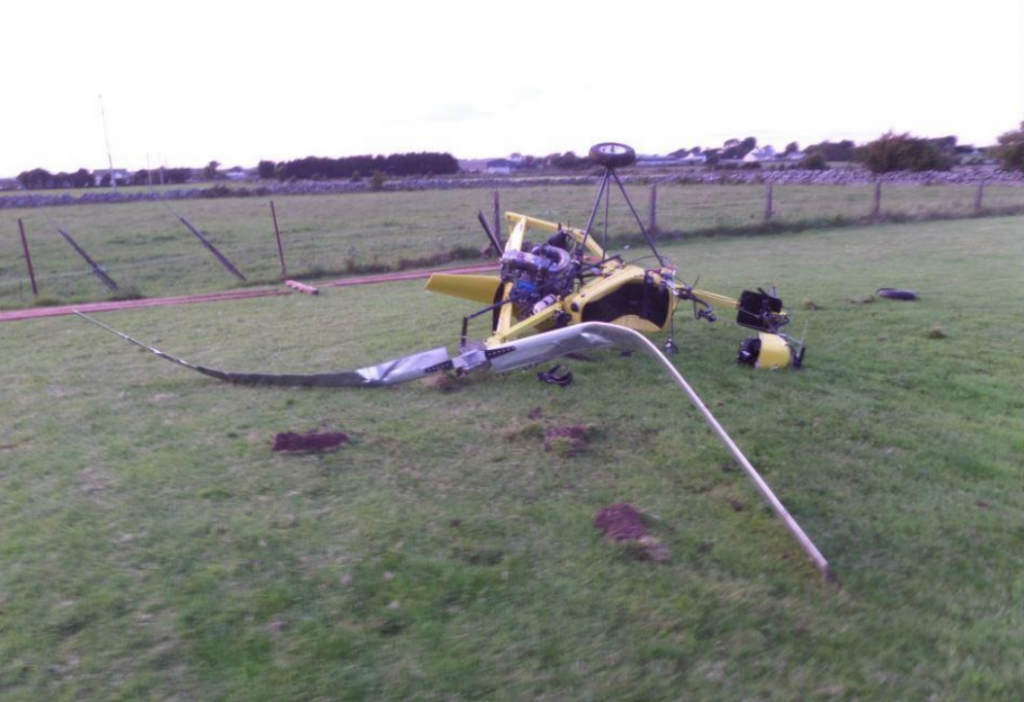 The Pilot departed from the garden at his residence for a one hour local flight. This site was where the gyroplane was based. At the end of the flight he made a normal approach to land back in the garden. On final approach at low height, the gyroplane experienced some sink. The Pilot applied power but the gyroplane landed somewhat heavily, the nosewheel leg fractured and the gyroplane toppled over sustaining substantial damage. The Pilot was uninjured.

The Pilot had been using a grass area of the garden alongside his house as a take-off and landing site, which was aligned along a magnetic bearing of 055°/235°. Given the prevailing westerly winds, a take-off and landing direction of 235° was normally used and this was the case on the day of the occurrence. The overall length of the site was 53.2 m and the available width between the house and a fixed side fence was 12.5 m. The easterly end of the site was bounded by a 1.5 m high garden wall running alongside a public road. The westerly end was bounded by a timber fence which was removed whenever the gyroplane was operating from the site. This fence was between the garden and an agricultural field.

Overhead electrical supply cables at a height of approximately 10 m also ran adjacent to this fence-line, perpendicular to the take-off/landing site orientation. The Pilot’s standard operating procedure was to take off in the direction of the agricultural field, pass underneath the electrical cables and then climb away. A divot in the grass associated with the accident was measured at 8.5 m from the westerly end of the garden and 7.2 m from the side fence.

The Pilot reported that he had experienced some sink just prior to landing and that the gyroplane had landed somewhat heavily. It is possible that during the landing, the nosewheel made contact with the ground with sufficient force to fracture the leg and cause the nosewheel itself to separate from the airframe. Once the nosewheel had departed, the gyroplane was unstable and toppled over causing substantial damage.

Following the AAIU visit to view the gyroplane and the take-off/landing site at the Pilot’s residence, the Investigation’s opinion was that the site was unsuitable and inappropriate for gyroplane operations. Accordingly, the Investigation wrote to the Pilot concluding the letter with the following recommendation: “Therefore, the AAIU would strongly recommend that you should not operate gyroplane aircraft from your garden and that you should re-locate the operation to a safer and more appropriate base.” The Pilot responded that he appreciated the advice and recommendations and planned to act on them immediately. 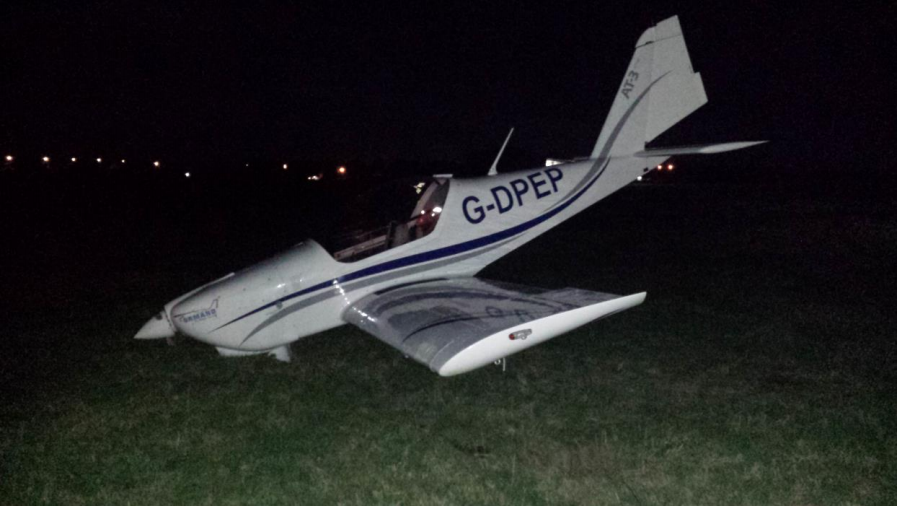 Following a normal approach to land, the aircraft ballooned and then bounced on the runway. As the aircraft became airborne again, the Pilot applied power to arrest the descent. The aircraft yawed to the left. It touched down on the grass to the left of the runway in a nose-down attitude, sustaining substantial damage.

The Pilot was on a routine local flight from EIBR. The weather at the time was good with a light breeze from the northwest. The Pilot reported to the Investigation that he was making a normal approach to Runway (RWY) 36. Just before landing on the grass runway, the aircraft “ballooned”, then bounced and became airborne again. The Pilot applied power to arrest the descent, whereupon the aircraft yawed sharply to the left. The aircraft touched down again in a nose-down attitude in the grass to the left of the runway. The nose landing gear collapsed and the propeller struck the ground. The Pilot was not injured and he exited the aircraft in the normal manner.

The Pilot informed the Investigation that he considered that the cause of the accident was that he did not apply enough right rudder to overcome the yaw to the left which he felt was caused by the application of power when the aircraft became airborne again after the bounce.