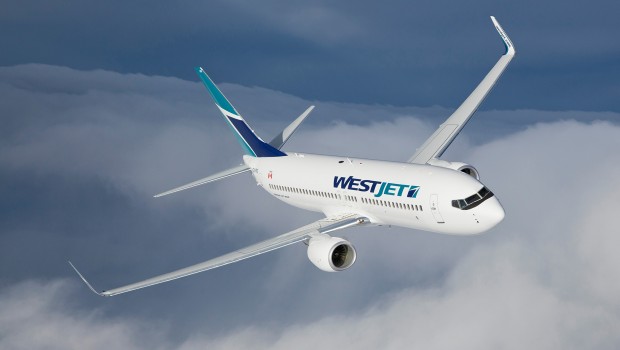 On 6th May, Calgary based WestJet announced improvements to its Plus product, enhancing the airline’s offering for value-oriented business travellers and comfort-seeking vacationers. This enhanced product is immediately available for booking starting for travel commencing 14th September. The announcement comes just days after WestJet returned to Dublin with their daily St-John’s – Dublin Boeing 737-700 service for the second year. The initial service from St-John’s started on 1st May (with an arrival in Dublin the following morning) and continues until 23rd October. It is a through-aircraft service from Toronto with the same flight number (WS016/7) all the way. 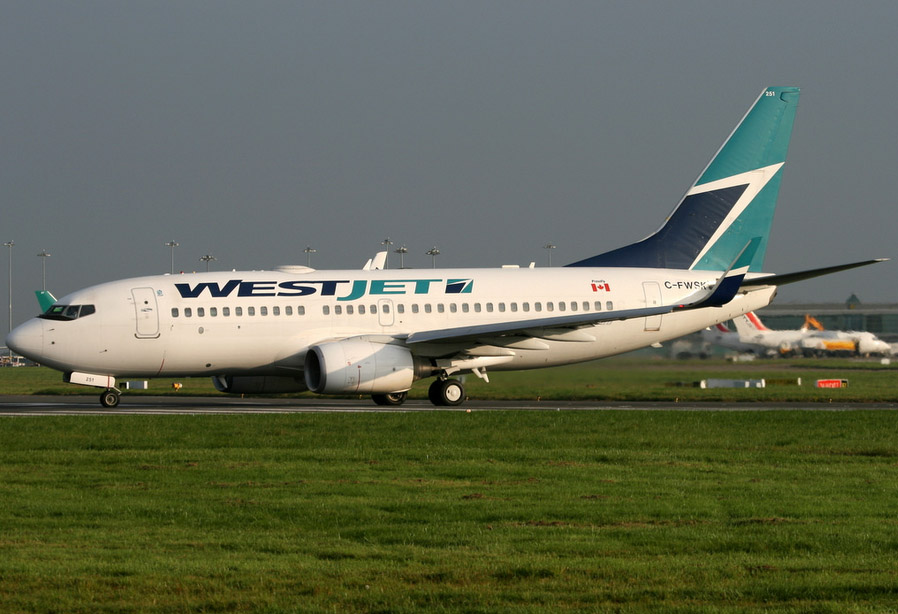 Westjet Boeing 737-700 C-FWSK about to depart to St. John’s from Dublin. Joe Heeney

According to Bob Cummings, WestJet Executive Vice-President, Sales, Marketing and Guest Experience,” the evolution of Plus is primarily targeted to business travellers who look for more comfort, flexibility and convenience,” “With our growing network of nearly 100 destinations, ever-improving flight schedule and loyalty benefits offered to WestJet Rewards members, we are well positioned to meet the needs of travellers who are always on the go” he added.

Passengers using WestJet’s Plus seating will enjoy more personal space and comfort. Middle seats in Plus on WestJet’s Boeing Next Generation 737s will be outfitted with a new tray table between the aisle and window seat, giving guests a guaranteed empty middle seat for more space to work or relax during their flight. Seats in Plus on WestJet’s Boeing 767 aircraft will be wider than the airline’s current seats, arranged in a two-two-two configuration, with an aisle separating each set of two seats.

WestJet announced the launch of Boeing 767 aircraft service on 4th March, beginning in December 2015 with plans to operate three ex Qantas Boeing 767-338 (ER)s. The aircraft, C-FOGJ (ex VH-OGJ), C-GOGN (VH-OGN) and C-FOGT (VH-OGT) are currently in storage and will be initially deployed on routes from Calgary to Honolulu and Kahului (located on the Hawaiian island of Maui) and Edmonton to Kahului.

WestJet is also upgrading meal options for guests in Plus to include a premium boxed meal on longer 737 flights and premium hot meals served on 767 flights, both with complimentary alcoholic beverages.

“I encourage travellers to compare Plus fares against business class fares on other airlines,” continued Bob Cummings. “Guests will find Plus fares are up to 75% lower than what you might pay elsewhere, and represents exceptional value for business and leisure travellers.”

WestJet however, will not have eastern Canada all to itself as this year, as French airline Europe Airpost is to operate a new direct scheduled summer service between Dublin and Halifax, Novia Scotia. St John’s in Newfoundland is a little nearer to Dublin than Halifax, 2,045 miles (3,290 kilometres) as against 2,599.miles (4,183 kilometres). The actual flight distance from Halifax’s Stanfield International Airport (YHZ) to St Johns International Airport (YYT) is 548 miles (882 kilometres). The new route will operate weekly from Paris Charles de Gaulle to Dublin and then continue to Halifax, Novia Scotia with a Boeing 737-700 aircraft. This service will operate from the beginning of July until mid September. It is scheduled to operate Dublin-Halifax Thursday departing from Dublin at 14:25 and arriving in Halifax at 16:45. The following day it departs from Halifax at 10:15and arriving in Dublin at 20:05, all times local.

Finally, WestJet marked its 19th birthday with a special one-day seat sale on 27th February on more than 5,000 seats to what it described as “some of its most-popular destinations”, Dublin. For a snapshot of WestJet in figures see here.