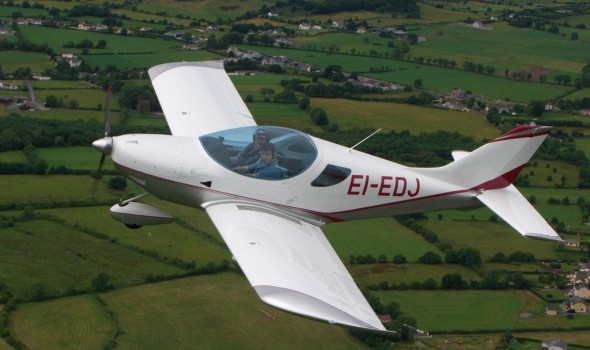 The AAIU today released a report into the overrun of CZAW Sportcruiser EI-EDJ at Fethard Airfield, Co. Tipperary on 28th December. The Pilot was attempting to take-off from Runway (RWY) 25 when the aircraft lifted momentarily from the runway. It then settled back on the runway when the Pilot adjusted the aircraft pitch with forward control column input. This resulted in a loss of airspeed. The Pilot decided to discontinue the take-off. During the subsequent roll-out, the aircraft departed the runway end, onto soft ground, where the nose wheel collapsed and the propeller struck the ground. There were no injuries.

The Irish Aviation Authority (IAA) has developed a Safety Leaflet (AED 1) on the subject of obstacles at unlicensed/private airstrips which includes guidance for pilots who intend using an airstrip for the first time. In conjunction with the IAA, the General Aviation Safety Council of Ireland (GASCI) has published a Safety Information Leaflet, ‘STRIP OPERATIONS’. This document can be accessed from the following link: http://www.weebly.com/uploads/1/2/9/1/12917568/iaa_stripsafety_booklet_v2.pdf

In its comment, the AAIU stated “The AAIU has investigated and reported on a significant number of take-off and landing accidents that were specifically related to expected performance not being achieved due to prevailing weather and/or ground conditions. Many of these events have resulted in injury to persons on board, extensive damage, or even loss of the aircraft itself. The high performance and short field capabilities of new generation light aircraft can lure individual pilots to operate into, or out of restricted airstrips, or operate in prevailing weather or ground conditions that may be less than suitable. Aircraft, regardless of size and/or performance, are subject to degradation of field performance when operating from wet/soft grass surfaces. Furthermore, the grass may vary in length, there may be unknown areas of wet and/or soft ground and there may be tyre rutting across the take-off run. Pilots should also be aware that handling techniques used on one aircraft type and/or airfield type (e.g. paved runway vs. grass), may not transfer across to a different aircraft or airfield. In this specific case it is opinion of the Investigation that a combination of the handling techniques used and the presence of long, wet grass on the runway affected the take-off performance of the aircraft, both during the initial acceleration and later when the aircraft touched back down on the runway.”