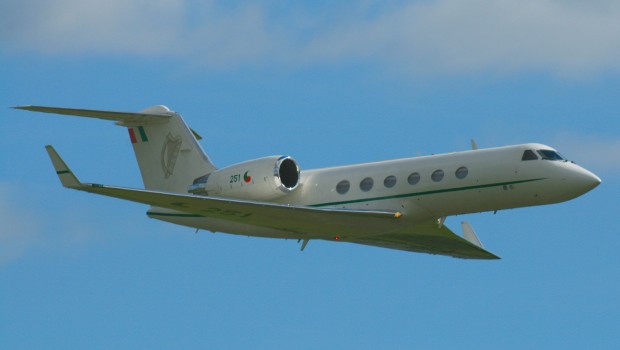 Comments of the Minister for Defence Simon Coveney on 28th January “I made the decision then that we were not going to spend any more money on it in trying to make it (Gulfstream IV) fit for purpose. Given the budgetary position the country was facing and the Government had to manage in the past four years, we had to ensure we were not spending money on an aeroplane that was really at the end of its life. Accordingly, we stopped spending money. We have since gone through a process of selling the aeroplane to get as much of a return as we can on it. I cannot give the Deputy figures as matters are still being finalised. However, the sales process is under way. An interdepartmental high level working group of officials, chaired by the Department of Defence, is reviewing the medium and long-term options for the future provision of the service provided by the Government jet. I will report to the Government on the group’s recommendations once they are finalised. The Government is operating with one smaller, shorter range Learjet. I do not expect this to change at any time soon. I would prefer to outline my recommendations to the Cabinet before I announce anything at the committee. I do not anticipate that the Government will be buying a new jet any time soon. Ministers travel on commercial airlines for most of the travel they need to undertake. It is only in exceptional circumstances that the jet is used. There are certain times when it is necessary, but most of the time Ministers use commercial airlines. Since last summer we have been operating with one shorter range jet which does not have the capacity to engage in transatlantic travel. We will work away on that basis for the foreseeable future. I do not expect any announcement or decision on the purchase of a new Government jet, which is unlikely, given the budgetary constraints that continue. In the case of needing to get the Taoiseach somewhere quickly because of an emergency, the use of air taxis is always possible. I suspect, however, that would only happen in the case of an emergency. We have been managing with one smaller aircraft. I accept that this is not ideal at times, given the number of people who may need to travel with the Taoiseach or the President. However, it has not caused significant problems”