On Saturday, October 27th, Cityjet operated their final service to London City under the Cityjet brand bringing an end to 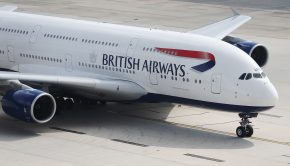