Building Ireland returns to RTE One at 8pm on Thursday 16th of April. Episode 1 focuses on the little-told story 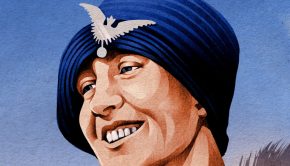 Herstory: Ireland’s Epic Women, RTÉ One, Mondays at 8.30pm from February 3rd – post-broadcast, all episodes will be available for