“The Changing Face of Pilot Education”

in the Abbey Room, Wynn’s Hotel,

Darragh Owens is an experienced flight and academic instructor on integrated training courses for the Commercial Pilot’s Licence and associated ratings.

He has been a postholder in Approved Training Organisations, and is also a regular columnist in the UK-based industry journal “Flight Training News”.

In this presentation Darragh will survey evolving concepts in pilot education, from ab-initio instruction to airline professional development programmes, and will highlight some of the emerging goals and challenges faced by this fast-moving, vital part of the aviation ecology. 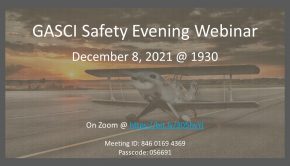