In addition to being a drone enthusiast and drone service entrepreneur, Mark is an RPAS Flight Examiner with the IAA and Chief RPAS Instructor at RPAS Training International (www.rti.ie). His RPAS regulatory knowledge sees him working on RPAS Working Groups at a national level with the IALPA Safety & Technical Committee and at the European level with the European Cockpit Association (ECA). Having honed his skills as a pilot instructor in the Irish Air Corps he now flies commercial long haul with Aer Lingus.

Drones are the current tech fad and their potential seem limited only by imagination. Consumer and commercial users are ramping up their adoption of drones while big business and research funding is starting to pour in. But who are these drone operators and where do they come from? In this presentation Mark will introduce drones and look at what they do, how they fly and what if any the impact on the traditional manned aviation sector will be. 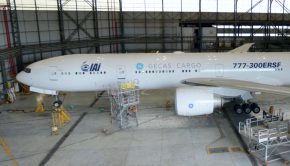