The British-Irish Airports EXPO is a dynamic, free to attend show providing an invaluable showcasing platform for leading airport industry suppliers and service providers, both large and small. In addition to the biggest Expo of its kind in the region, the British-Irish Airports EXPO will include a leading conference, a tour of Birmingham Airport, and a Gala Party that will live long in the memory. 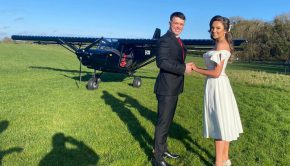 A Day to Remember! →