The NMAI Round Ireland Air Rally will take place over the June Bank Holiday weekend. Exact details are still being confirmed but it will most likely start at an airfield near Dublin on the Friday, travel north and overnight in the Donegal area on Friday evening. Then travel along the west coast on Saturday overnighting somewhere along the way. The weekend will finish with a BBQ on Sunday at NMAI HQ at Limetree Airfield. Participants are welcome to stay at Limetree on Sunday night and can travel home on Bank Holiday Monday. 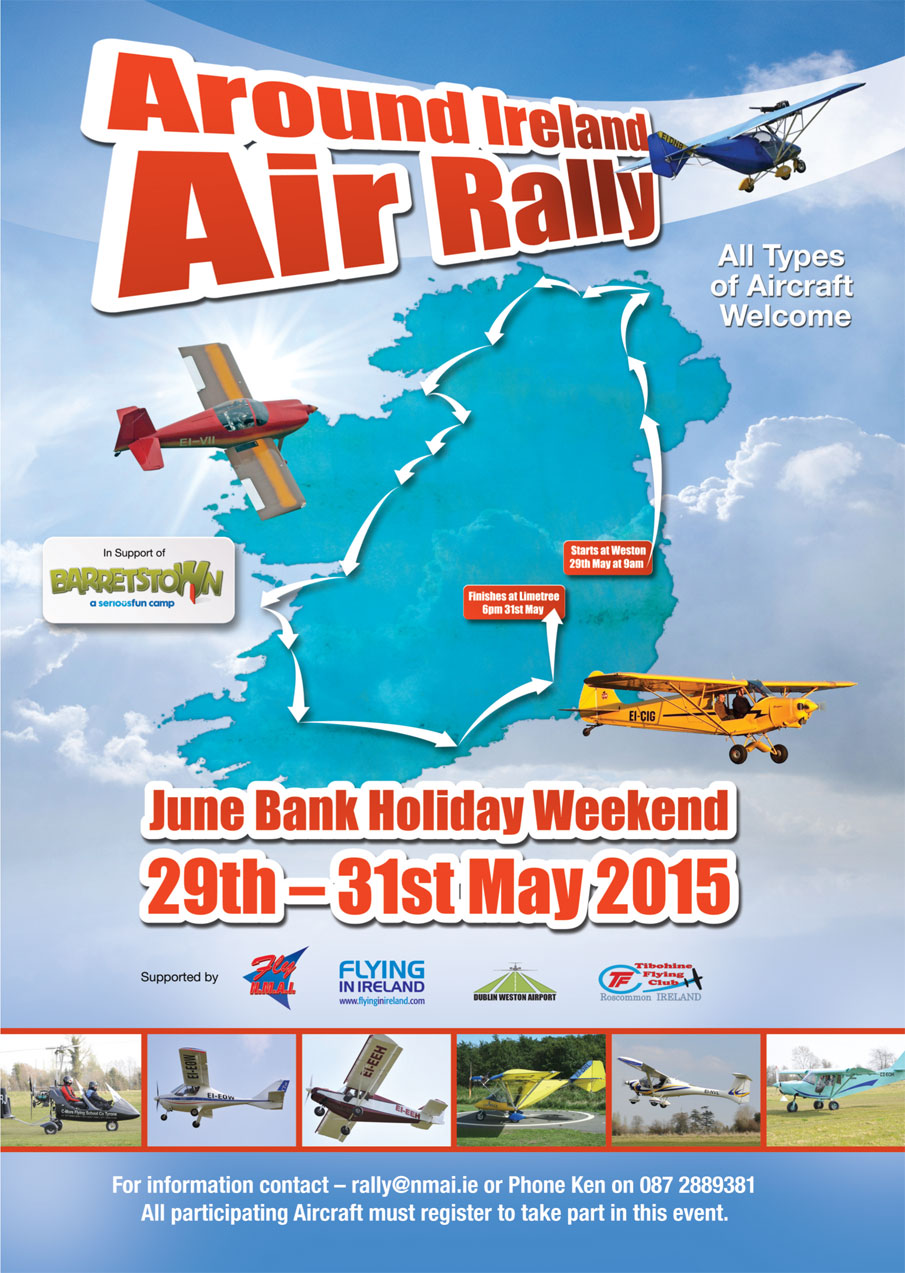