The Guernsey Aero Club will be holding its 44th Guernsey International

years but with some fine tuning. Last year’s event  was a total sell

out for all events and included max numbers of aircraft.

The Saturday night decorated hangar extravaganza event this year will

have the ‘Saturday Flight Fever’ theme. It will be compared by

Tony Barton, and will include a meal, presentations, raffle and Disco

with a well-known local DJ. Fancy dress is encouraged to suite the fun

Application forms are on the web site www.guernseyaeroclub.com  and

full details will also soon be displayed on the website 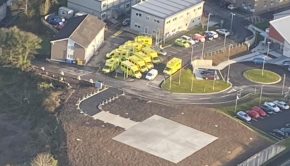