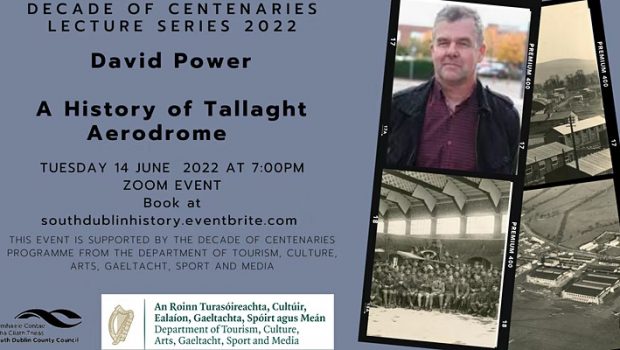 On Tuesday 14th June at 19:00 join David Power from South Dublin Libraries Local Studies Section for the history of Tallaght Aerodrome and its role in Irish aviation. This is an online lecture which will be delivered via Zoom. To register for the event, please click here.