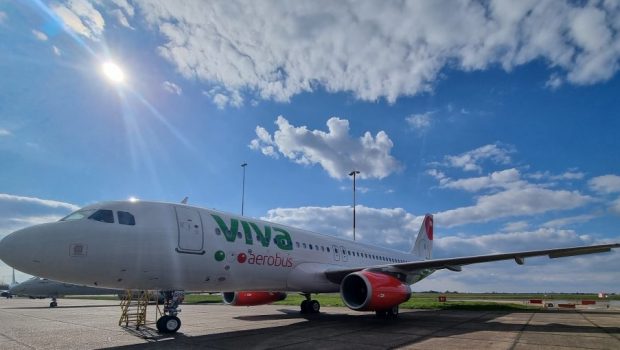 Goshawk Delivers A320 to Viva Aerobus

The Dublin-based aircraft lessor, Goshawk has announced the delivery of one Airbus A320 aircraft to Viva Aerobus. Viva Aerobus operates point-to-point services from Monterrey, Guadalajara and Mexico City to destinations across Mexico, the USA and Cuba. The aircraft is a 2011 built machine and had previously operated for IndiGo Airlines in India and was delivered on the 15th of June and is the second aircraft delivered by Goshawk to Viva Aerobus, following the first last November. This additional delivery highlights the ongoing successful relationship established between the two parties.

Commenting on the delivery of the Airbus, the Head of Airline Marketing at Goshawk, Stephen Murphy said, “The delivery of a second aircraft to Viva Aerobus demonstrates the strengthening of our relationship with this important partner. We are encouraged by the strong demand that we have seen for global travel over recent months and are optimistic that the airline industry will continue on an upward trajectory. We are proud of our relationship with Viva Aerobus and remain excited by the opportunity to further foster positive relations with the airline into the future.”