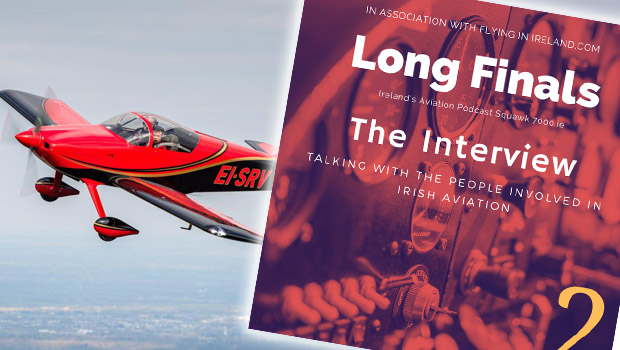 In this episode, the story of a labour of love, the building of an aircraft that generates a smile for all who fly it- called the RV Smile. The aircraft is EI-SRV, issued with its permit on March 9th and operated by Kevin Keigher and Martin Doddy and based at Knock.  We talk with Kevin, Martin and the aircraft builder Stewart Hamilton.

Photos below by Pat Lanigan Ryan