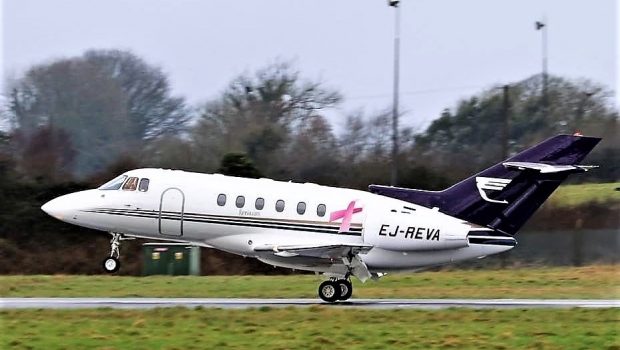 US Air Ambulance company REVA Air has opened a new full-service base in Shannon Airport to enable faster operations in Europe, Middle East and North Africa. Until now, REVA’s base in Schenectady, NY (KSCH) served Europe, Africa, and the Middle East. The new base in Ireland is strategically positioned to serve Europe, Asia, the Middle East, and Africa, providing the company a foothold in a part of the world with fewer air-ambulance and medical transport service options.

Speaking as the base was opened, Steve Williams, Global Director of Medical Operations said, “I am very confident in the skill of our clinical crews based at Shannon, led by Dr. Adrian Murphy, a leader in pre-hospital medicine, we have some of the most capable critical care crews in the air ambulance world.”

The new base will allow quicker patient transport time, providing fewer delays for crew repositioning and overnights, and ultimately minimising the hospitalisation costs at the treating facility. The Shannon operation features, a company-owned Hawker 800XP, operated through a strategic partnership with Gainjet Ireland. The Hawker 800XP offers a spacious stand-up cabin, enclosed lavatory, and room to accommodate up to three or four family members. The company’s first Irish based aircraft is EJ-REVA, a Hawker 800XP was delivered to Shannon on 2nd February from Bournemouth in the UK. The aircraft has been used by REVA since 2017 and was previously registered N534RV.

REVA has its headquarters in Fort Lauderdale, Florida with bases in San Juan, Porto Rico and Schenectady, New York. the company has over 350 employees worldwide, REVA operates 24 hours a day, seven days a week offering onboard medical staff that utilises fixed wing aircraft as Air Ambulances. They have 16 aircraft in the fleet with various sized Learjets and Hawker aircraft.