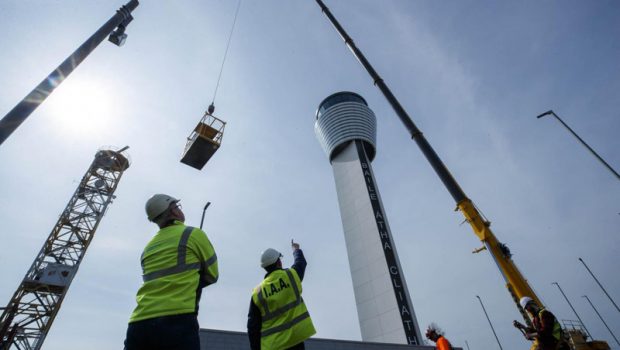 As part of the Shine Your Light Campaign, the IAA in partnership with the ESB installed a beam of light on the roof of the new ATC tower at Dublin Airport, here’s how they did it…