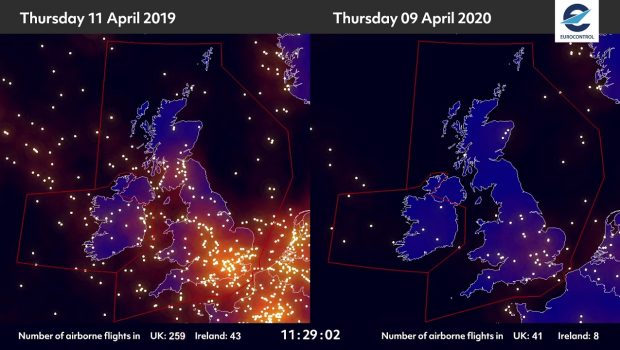 On Thursday 9th April there were just 298 flights through Irish airspace, an 84% drop when compared to Thursday 11th April 2019. Eurocontrol Director General, and former IAA CEO, Eamonn Brennan sent us this short video illustrating the effects that the current travel restrictions are having on air travel. The graph below the video (click for full size) also shows a comparison in movements through Irish airspace between 2020 and 2019.