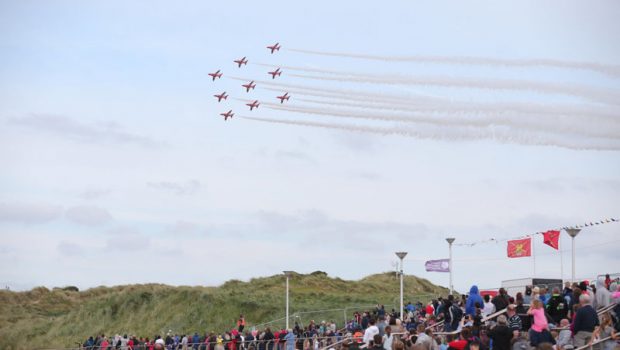 Causeway Coast and Glens Borough Council have announced that Air Waves Portrush Airshow will not take place in 2020. The show was cancelled after having its funding withdrawn as the Council looks to slash its £68.7m debt. Speaking to the Belfast Telegraph, Alliance Councillor Chris McCaw said council estimates suggest that the event brings in around £2.5m in revenue to the Portrush area every year, but that councillors had been left with no choice but to make the difficult decision. The event receives funding of £240,000 and attracts around 100,000 spectators.

A statement released by the organisers said “We would like to take this opportunity to thank all those who contributed to the success of the event through the years, including the local community, visitors, businesses and sponsors along with all our exhibitors. The event enjoyed many highlights, including dazzling performances from the Red Arrows, poignant Poppy Drops over the shoreline, aerial pyrotechnics, sky dives and wing walkers. We hope we have left you with many fond and happy memories.”