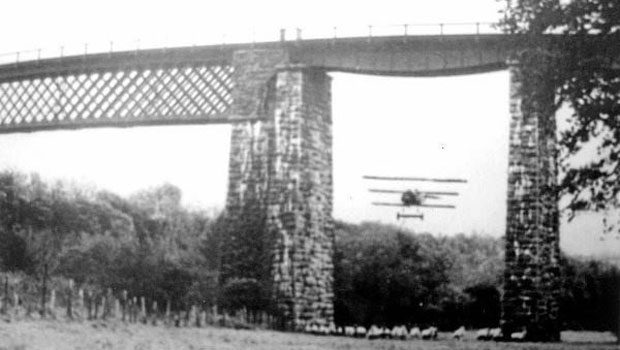 A fascinating 12 minute video showing the attempt by Emelyn Heaps to replicate the flight under the Fermoy Viaduct made famous in the Blue Max film. The attempt was made in his homebuilt Bimax aircraft registered EI-BRW.