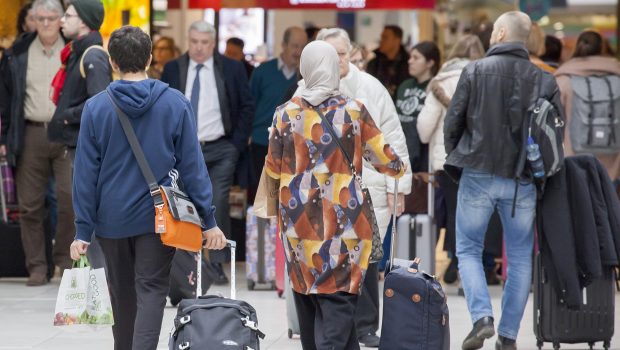 Speaking at the announcement of the 2017 figures, Dublin Airport Managing Director, Vincent Harrison said “Dublin Airport had another record-breaking year during 2017, with passenger numbers increasing by 6% to just under 29.6 million, The continued growth at Dublin Airport is fantastic news for the Irish economy. Increased air connectivity boosts tourism, trade and foreign direct investment. Last year’s record performance for visitor numbers across the island of Ireland was underpinned by the growth in passenger numbers at Dublin.” Since 2011, annual passenger numbers at Dublin Airport have increased by 58% from 18.7 million to 29.6 million. The vast bulk  of the growth has occurred in the past four years with passenger traffic increasing by 47% between 2014 and 2017. The growth in traffic in 2017 came from a combination of 14 new services introduced during the year, and extra capacity on 39 existing routes. “We saw growth from all of our major airline customers during the year,” according to Mr Harrison. “We are focused on attracting new airlines to Dublin and also on helping our existing airlines to grow their business here.”

The European market delivered the largest growth in volume terms during 2017. Passenger traffic to and from continental Europe, which is Dublin Airport’s largest market segment, increased by 7% to a record 15.2 million in 2017. About 940,000 additional people took flights between Dublin and continental European destinations last year. Aer Lingus, Lufthansa, KLM, Norwegian and Ryanair all increased capacity on existing European routes, and there were also new services to destinations such as Munich, Naples, Split, Stuttgart and Stockholm. Traffic between Dublin and British airports increased by 1% to just under 10 million last year, which was also a new record. The impact of weaker Sterling following the Brexit vote in the UK contributed to a decline in British originating traffic last year, but this was more than offset by an increase in both Irish outbound business and transfer traffic to the UK.

Transatlantic traffic was the fastest-growing segment of the market for the second year in a row. Transatlantic passenger numbers increased by 20% last year to almost 3.5 million – the first time that more than 3 million passengers have taken transatlantic flights to and from Dublin Airport in a single year. During 2017, Dublin Airport welcomed new transatlantic services from Aer Lingus (Miami), Delta (Boston), and Norwegian (Stewart, New York and Boston – Providence). There was also increased capacity on flights to and from Chicago, Los Angeles, Toronto and Washington DC. “Dublin Airport is now a significant player in the transatlantic market and we saw strong growth in both point-to-point and connecting traffic to and from North America during 2017,” Mr Harrison said. “We’re expecting further transatlantic growth this year with new Aer Lingus routes to Philadelphia and Seattle, a new Air Canada service to Montreal, and expansions to some existing North American routes.” 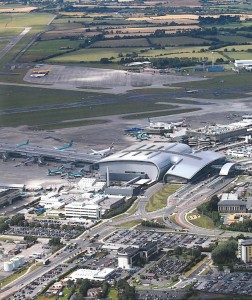 Passenger traffic to other long-haul international destinations, including the Middle East and Africa, increased by 14% to almost 850,000 last year. In June, Qatar Airways launched a new Dublin-Doha service, while Etihad returned to double-daily on its Abu Dhabi service, and Ethiopian also expanded its Dublin-Addis Ababa route. This year will see Dublin Airport welcome its first direct service to Asia Pacific as Cathay Pacific launches its new Dublin-Hong Kong service in June. A further 200,000 passengers transited through Dublin – i.e. passed through Dublin but didn’t change flights – on services between the US and Africa. This means that 1.8 million passengers who used Dublin Airport last year didn’t leave the airside area.

June 30th was the busiest day of the year with 108,000 passengers passing through, July was the busiest month with 3.12 million passing through and February was the quietest with 1.79 million passengers. Two new airlines started services to Dublin with Qatar Airways and Air Arabia Maroc starting in June and November respectively. 14 new routes were started and 39 existing services had increased capacity.

Dublin Airport is one of the most important economic assets in the country. It supports or facilitates 117,300 jobs and contributes €8.3 billion annually to the national economy.