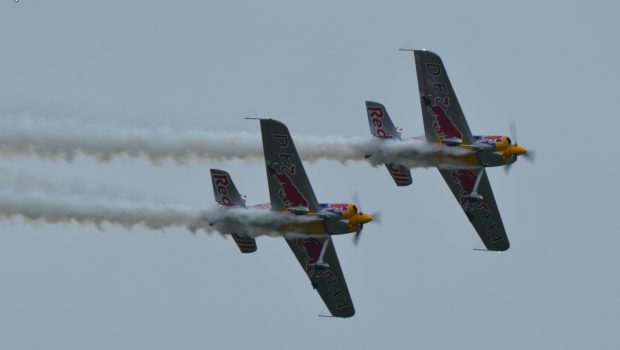 Over the UK’s Bank Holiday weekend of 28th & 29th May 2016, Duxford’s first event of the year celebrated the newly-transformed American Air Museum with “The American Air Show”. Telling the story of American and British collaboration over 100 years showing the impact of the American forces on Duxford and the eastern region from the First World War to the present day. Duxford’s additional appeal is to be able to walk around the museums that capture a wide variety of aviation history including the Land Warfare Hall, Airspace (in the main hangar), Battle of Britain Exhibition and the American Air Museum to add to the experience. Many operators are based at the airfield and many projects are in progress within these hangars that can be viewed at close quarters. 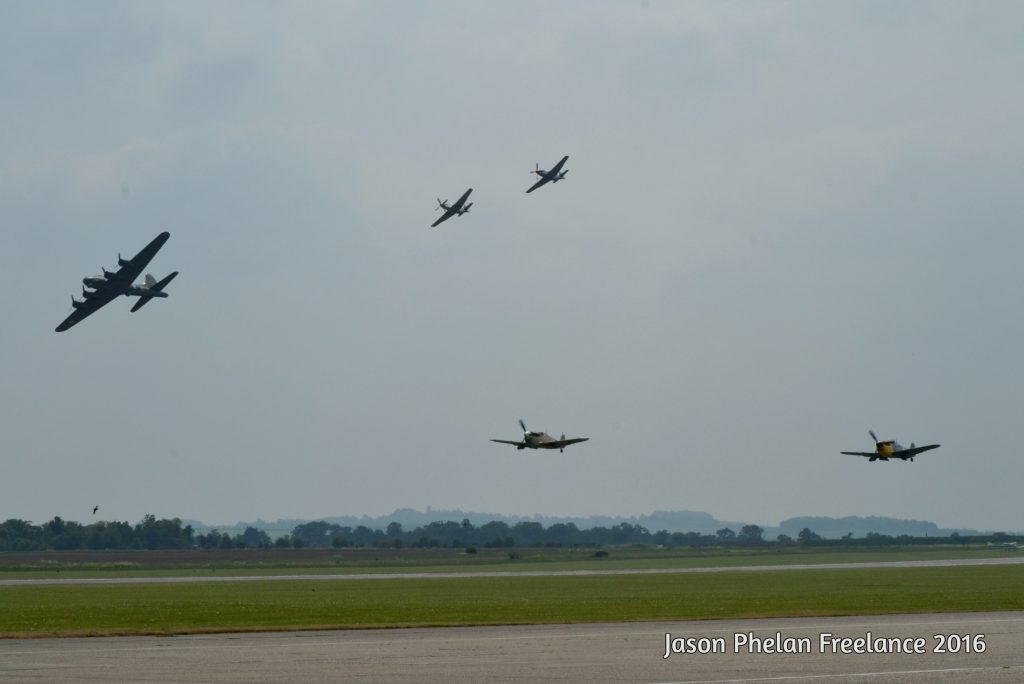 As for the flying various themes throughout the display highlighted many of the collaborative historic eras with several standout scenarios. The Second World War set piece with the North American P-51D & TF-51D tail chase with 2 Hispano Buchon (Messerchmitt Bf 109’s) creating an atmospheric sound and sight that would have been reflective to many in the area in the 1940’s. The Pacific and Pearl Harbour theme included a Mitsubishi A6M Zero Replica, Curtiss P-40F Warhawk & Hawk 75, Grumman FM-2 Wildcat & a Goodyear FG-1D Corsair and interspersed within the display was stories from pilots of that period. Two Douglas C-47 Skytrains from Aces High & Dakota Heritage Ltd put on and excellent close support routine in the Supporting the troops and the Shaft of the Spear scenario. 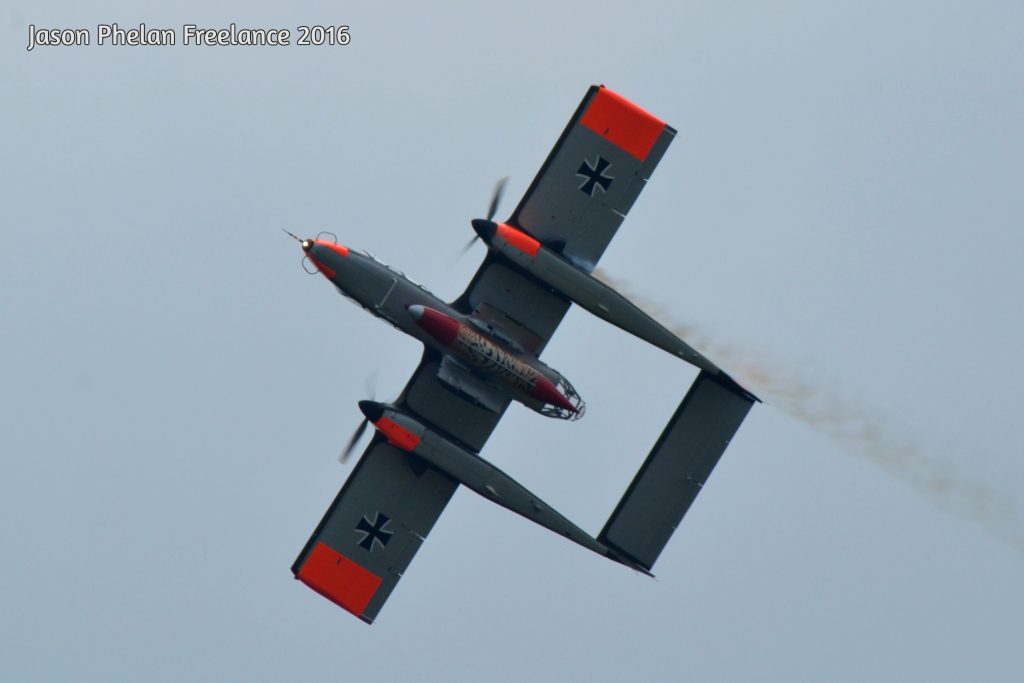 Tony de Bruyn flew the North American OV-10 Bronco in an excellent and unusual pair’s routine with the Shorts SC-7 Skyvan from the Bronco Demo Team, which was a welcome addition to the line-up. Paul Bonhomme & Steve Jones flying as the Red Bull Duo in their German registered XtremeAir XA41, is a masterclass in formation aerobatics that never fails to make the hairs on the back of your neck stand up. An Insitu-Boeing ScanEagle and a Bell-Boeing CV-22 Osprey joined the static display for the first time at IWM Duxford. With the later open for the public to view at close quarters. 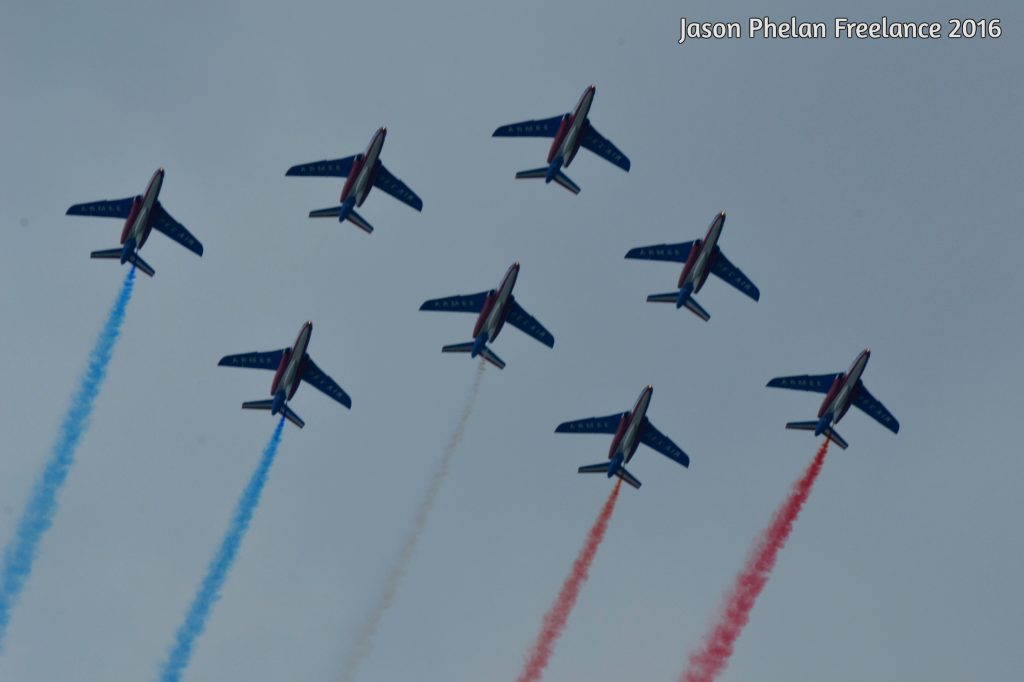 Other acts to mention included the French Air Force La Patrouille de France (Saturday only) with the Red Arrows replacing them on the Sunday, the RAF Typhoon FGR4 making a very spirited and powered display for 2016, an Army Air Corp AugustaWestland Apache AH Mk 1 and a Boeing KC-135 Statotanker, the later making a single flyby with its boom extended. 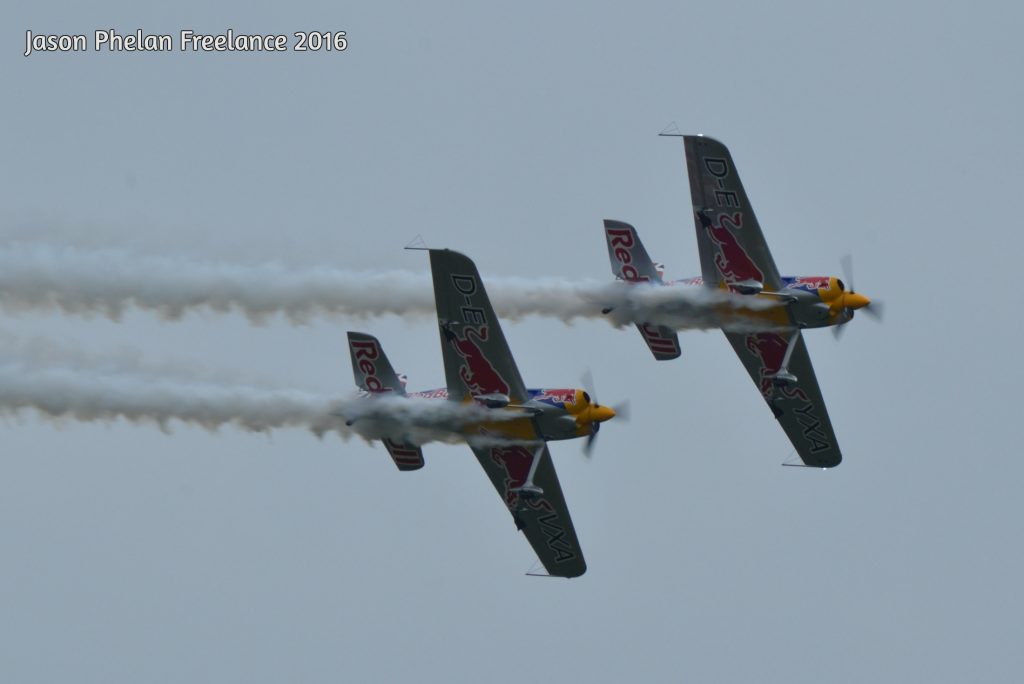 The Duxford Magic did seem to have been lost slightly due to the new rules brought in by the UK CAA post the Shoreham crash last year. Gone now are the fantastic curved top side passes and dynamic routines that would leave a great buzz at the airfield making way for a more sedate and relaxed atmosphere to the event. That said the organisers, Pilots and Ben Dunnell’s excellent commentary achieved a good fast paced show on the Saturday that entertained the much reduced crowd compared to previous years. Leaving the airfield you left knowing that for 2016 (anyway), air shows in the UK will be entering a different phase for both the organisers and pilots. The debate on safety verses entertainment will rattle on throughout this summer’s season and I for one hope this doesn’t have a negative impact on the Air Show scene. 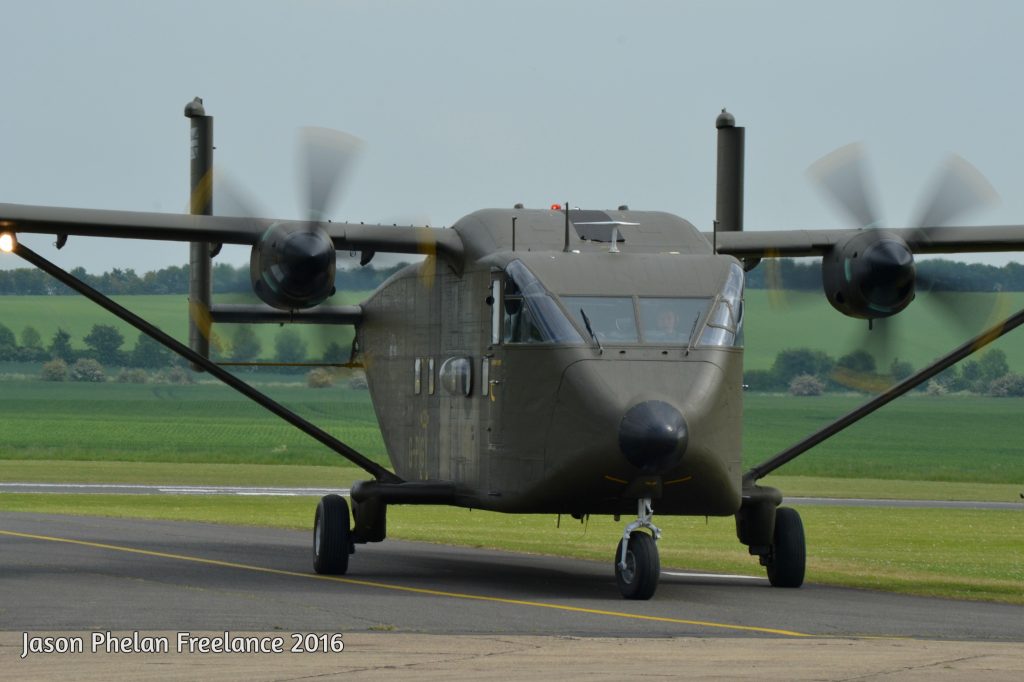 Thanks must go to Esther Blaine and her team at Duxford for all their support and help on the Saturday and gaining live side access in the morning. 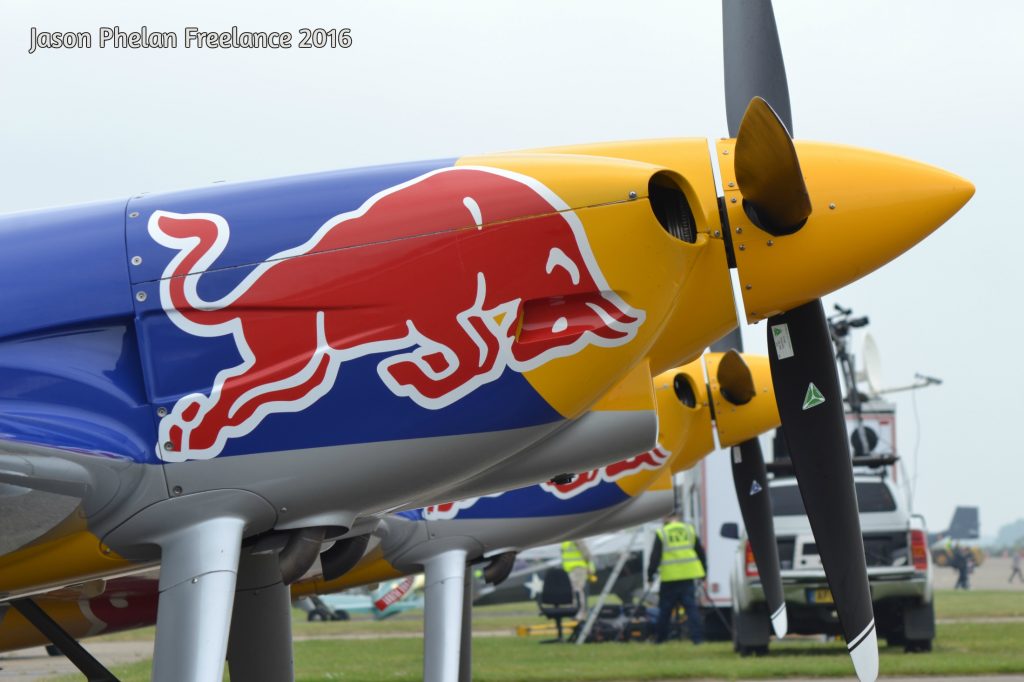 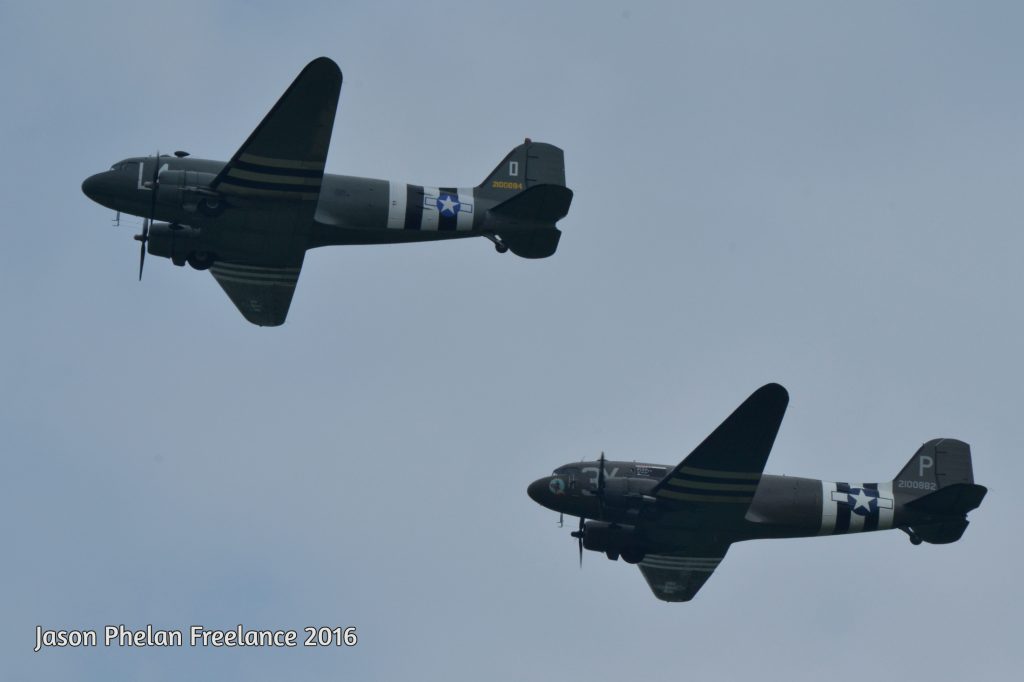 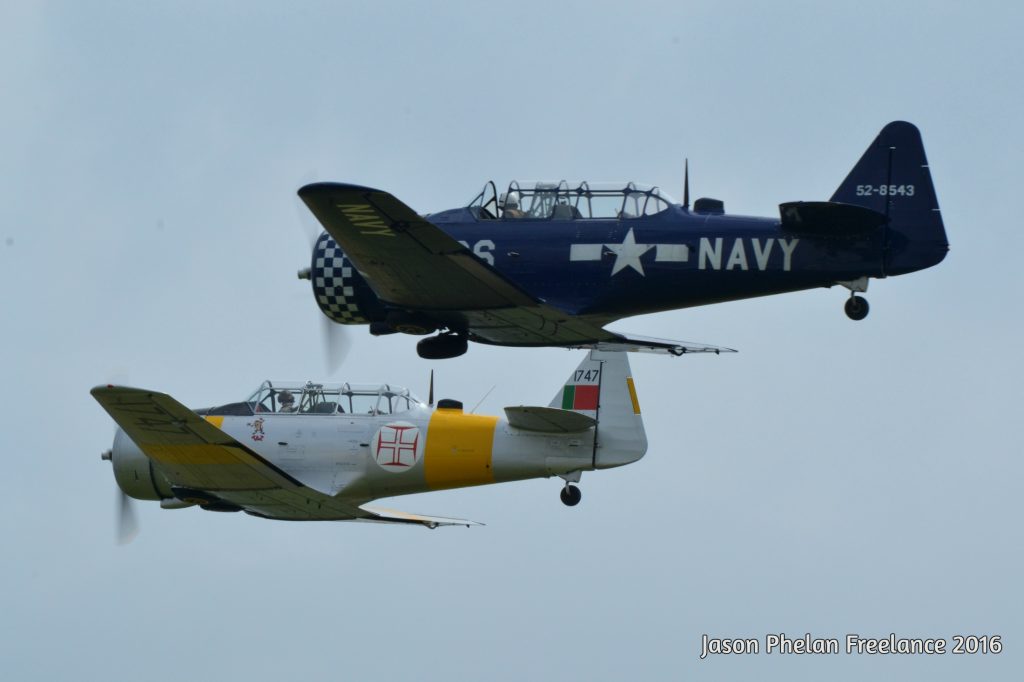 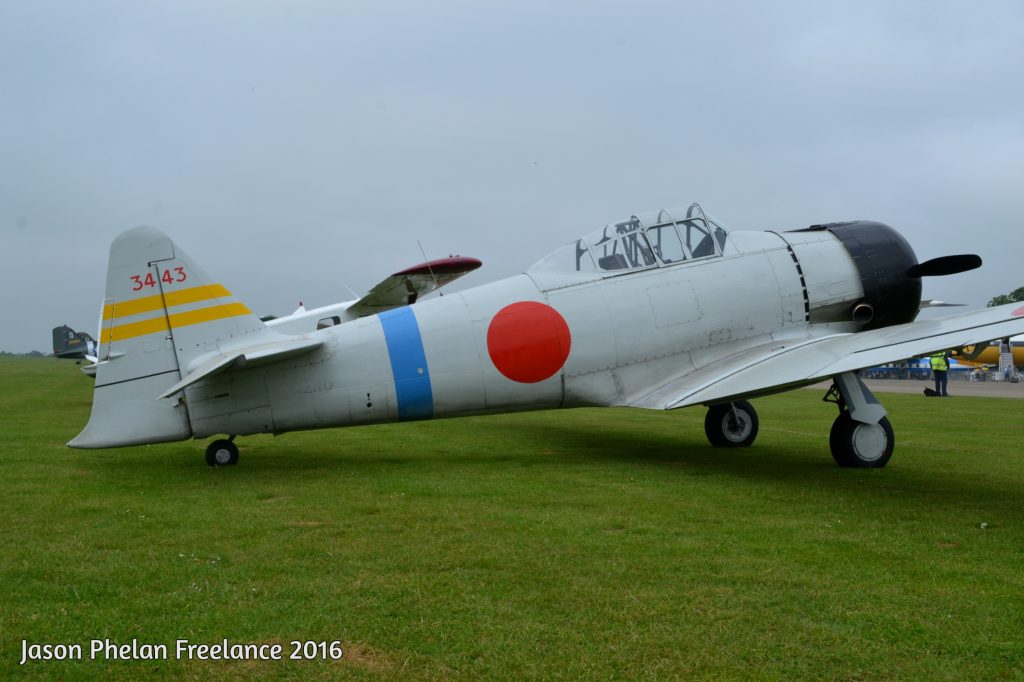 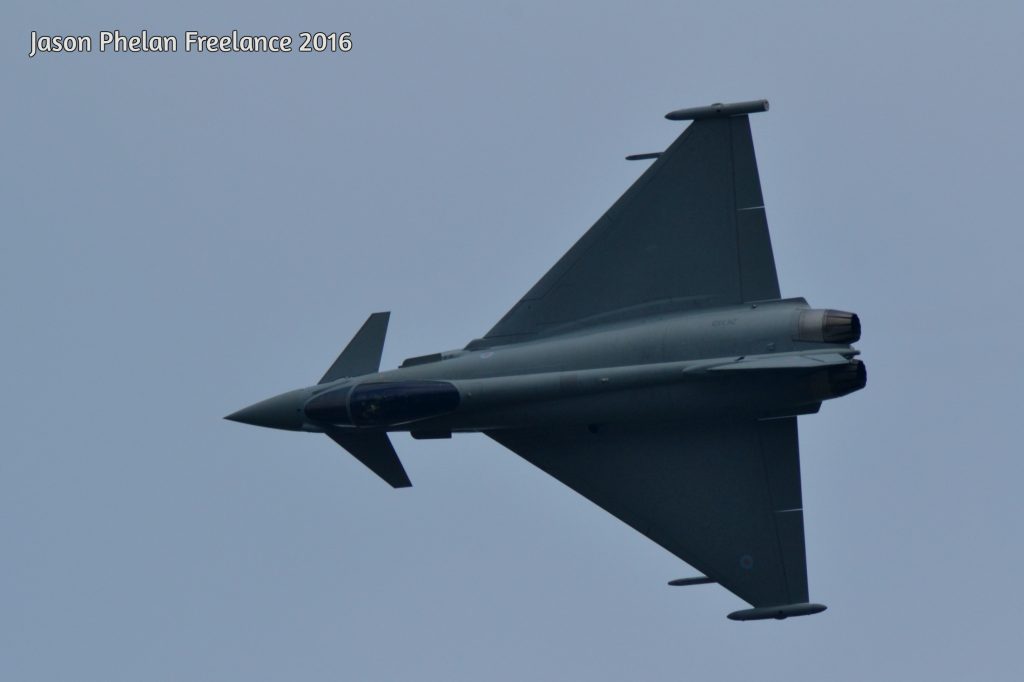 Words and Photos by Jason Phelan