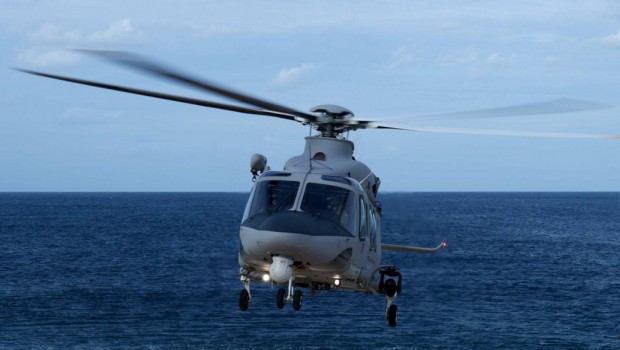 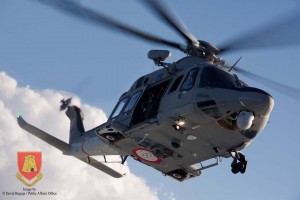 In our report on the Government’s new White Paper on Defence, posted on 27th August last, (see here), we noted that in response to a question by us at the press conference launch, Minister for Defence, Mr. Simon Coveney said that an Air Corps overseas deployment was on the table with “a suitable mission being considered” in the near term. While there was much speculation following our report as to where, when and how the mission would operate, it was our understanding that a deployment to Malta was the most likely option. We had come to this conclusion for a number of reasons:-

It therefore came as no surprise to us when the Armed Forces of Malta’s Air Wing confirmed, that they had conducted the first collaboration training with the Irish Air Corps, between the 3rd and 11th March 2016.

The Air Corps had deployed a Mobile Training Team comprising of AW139 Helicopter aircrew, led by Lieutenant Colonel Dave Corcoran. The Irish Mobile Training Team delivered training for the Air Wing’s Helicopter Instructor aircrews on the various operational aspects, such as winching, fast roping and operating with under slung loads.

The team also provided a coursework for a selection of ground personnel preparing ad-hoc Helicopter landing Sites, Marshalling of Helicopters and the managing of under slung loads. The ground skill sets were then amalgamated in an exercise with the instructions given to the aircrew.

The training also focused on the winching capabilities of the AW139, where the instructors from the Air Wings Rescue section conducted deployment and recovery practices, both on land and at sea. These practices included single winching, double winching and stretcher lifts with the culmination of this training taking place at sea, in conjunction with the Maritime Squadron’s P61. 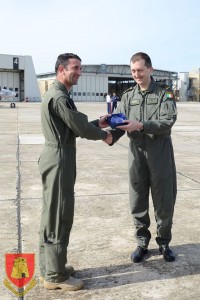 P61 (the squadron’s vessels are not named and have only numbers) is the flagship of the Armed Forces of Malta (AFM) and was built by Fincantieri S.p.A Italy at Muggiano Shipyard. She was commissioned on 1st October 2005. Of 450 tons (full load) displacement, its design provides sufficient space and reinforcement within its 53.4 m (175 ft.) overall length to land an AW139 helicopter. The vessel was financed entirely from the 5th Italo-Maltese Financial Protocol, under a €17 million contract, which covered the construction of the vessel, together with an associated training and a logistic support package.

During the training mission, troop insertion techniques were also practiced on land and at sea by the conduct of fast roping procedures by members of C Coy 1 Regt and Special Operations Unit of the AFM.

The Commander Armed Forces of Malta, Brigadier Jeffrey Curmi also met the Air Corps Mobile Training Team at Air Wing, and thanked them for their effort, support and professionalism, which he said, also augured for further strengthening of this relationship between the Maltese and Irish forces.

Readers may recall that on 19th February 2015 Minister Coveney, and Mr. Carmelo Abela, Minister for Home Affairs and National Security of Malta, met on the margins of an informal meeting of EU Defence Ministers in Riga, Latvia where they reviewed the continuing cooperation between Malta and Ireland on Defence matters as well as discussing the EU Defence agenda. This cooperation included the training of Maltese personnel in Ireland and future potential operations, building on the successful joint training team Malta and Ireland provided to the EU Training Mission in Somalia.

Following that meeting it was announced that the Ministers had agreed to transfer ownership of the LÉ Aoife to the Maltese Armed Forces. The LÉ Aoife was decommissioned from the Irish Naval Service fleet on 31st January 2015, following 35 years of operational service. While it was considered that the vessel was no longer viable for use in Irish waters, it was considered ideally suited to address a pressing short-term shortfall in the naval capacity of Malta, particularly in dealing with the ongoing difficult refugee crisis in the region. The donation of the LÉ Aoife contributed to providing additional capability to the Maltese authorities especially in their humanitarian work in the Mediterranean, as Minister Abela noted: “This very important contribution from Ireland which will help in bridging a gap in Malta’s naval capacity pending our future acquisition of a new Offshore Patrol Vessel.” Aoife was commissioned into the Maritime Squadron of the Armed Forces of Malta on 28th June 2015, and given the pennant number P62. It is now the largest vessel in the Maritime Squadron. Crews for the vessel were trained in Ireland prior to its departure as part of the ongoing co-operation arrangements. 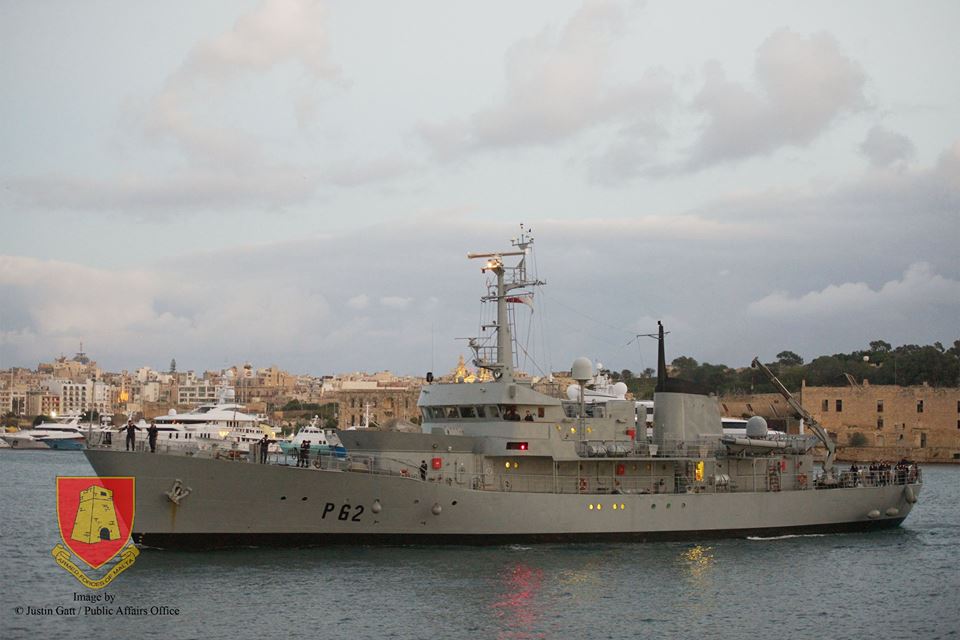 More recently, on 28th January 2016, six Maltese Officers were commissioned at a ceremony at the Defence Forces Training Centre, the Curragh Camp, Co. Kildare, alongside 19 new Irish Army and an Air Corps Officer.

The AFM’s Air Wing has acquired two Augusta Westland AW139 helicopters (AS1428/9) over the past two years, to replace its ageing Alouette III helicopters, three of which remain in service. An order for a third AW139 was signed last June, under a €14 million contract, part of which is being financed by the European Union. The Air Wing also operates two Beechcraft B200 King Airs equipped with Telephonics Corporation RDR-1700B Maritime Surveillance and Imaging Radar, The first one entered service in February 2011 and the second one in March 2012. Other aircraft include four Scottish Aviation Bulldog T1s and two Britten-Norman BN-2B-26 Islanders.

Hopefully the deployment of the training mission to Malta will lead to further expansion of operations there. The deployment of an Air Corps AW139 would be the next logical step, which would boost the operational capabilities of any further Naval Service operation to the region, provide further support to the Maltese authorities and add the fleet of a common type helicopter to continue the humanitarian mission. 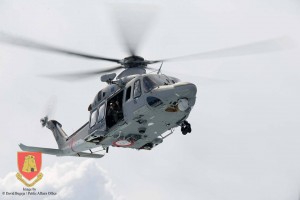 Given that Maltese cadets already train in Ireland, training of Air Force and Naval officers would be possible. Currently the Maltese source their pilots from within the AFM. The delivery of the new AW139s to the AFM Air Wing has led to an increased requirement for pilots and to meet this, an internal selection was carried out to select four candidates to follow an ab inito course on helicopters at the Agusta Westland “A. Marchetti Training Academy”. All four candidates had previous aviation experience and two had civilian pilot’s licences. On completion of their 18 month course they qualified on the type and following hours building in Italy they became operational with the Air Wing. For its fixed wing section six new pilots have been recruited externally from the civilian aviation sector and trained at Flight Safety Wichita in the United States before returning to Malta to train locally on the King Airs.