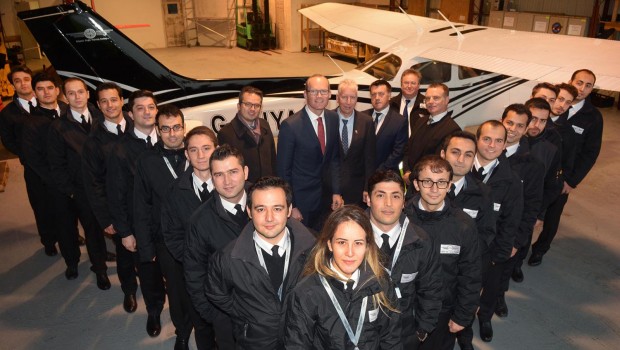 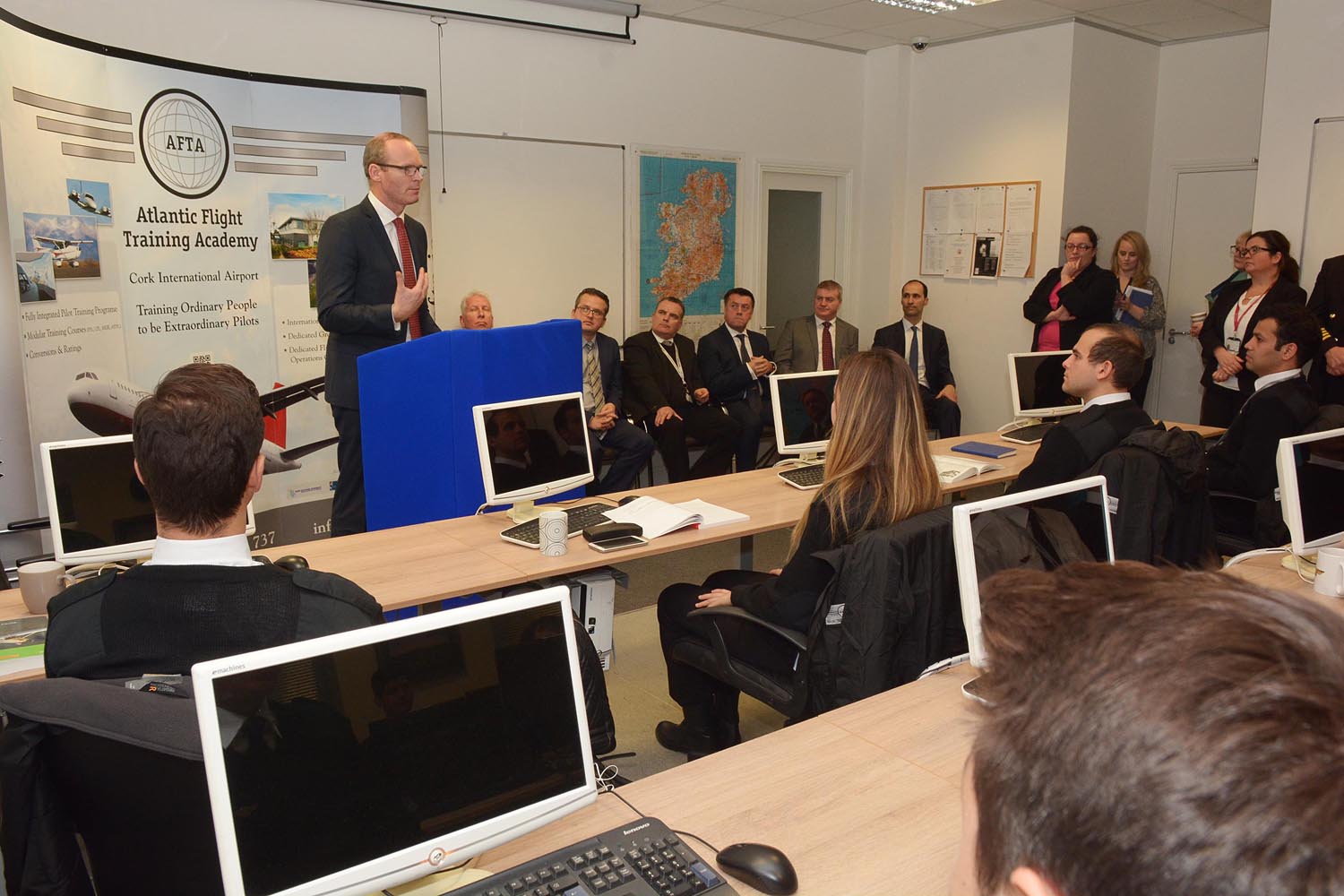 Minister Simon Coveney, TD announcing the contract at AFTA’s base at Cork Airport

AFTA, an Enterprise Ireland supported company, will recruit 10 new highly skilled Instructor Pilots, and additional ground support staff, as a direct result of the new commercial agreement with Turkish Airlines. AFTA has been initially contracted to train 20 Cadet Pilots annually and the first group of Turkish trainee pilots have recently commenced training at AFTA’s base at Cork Airport. 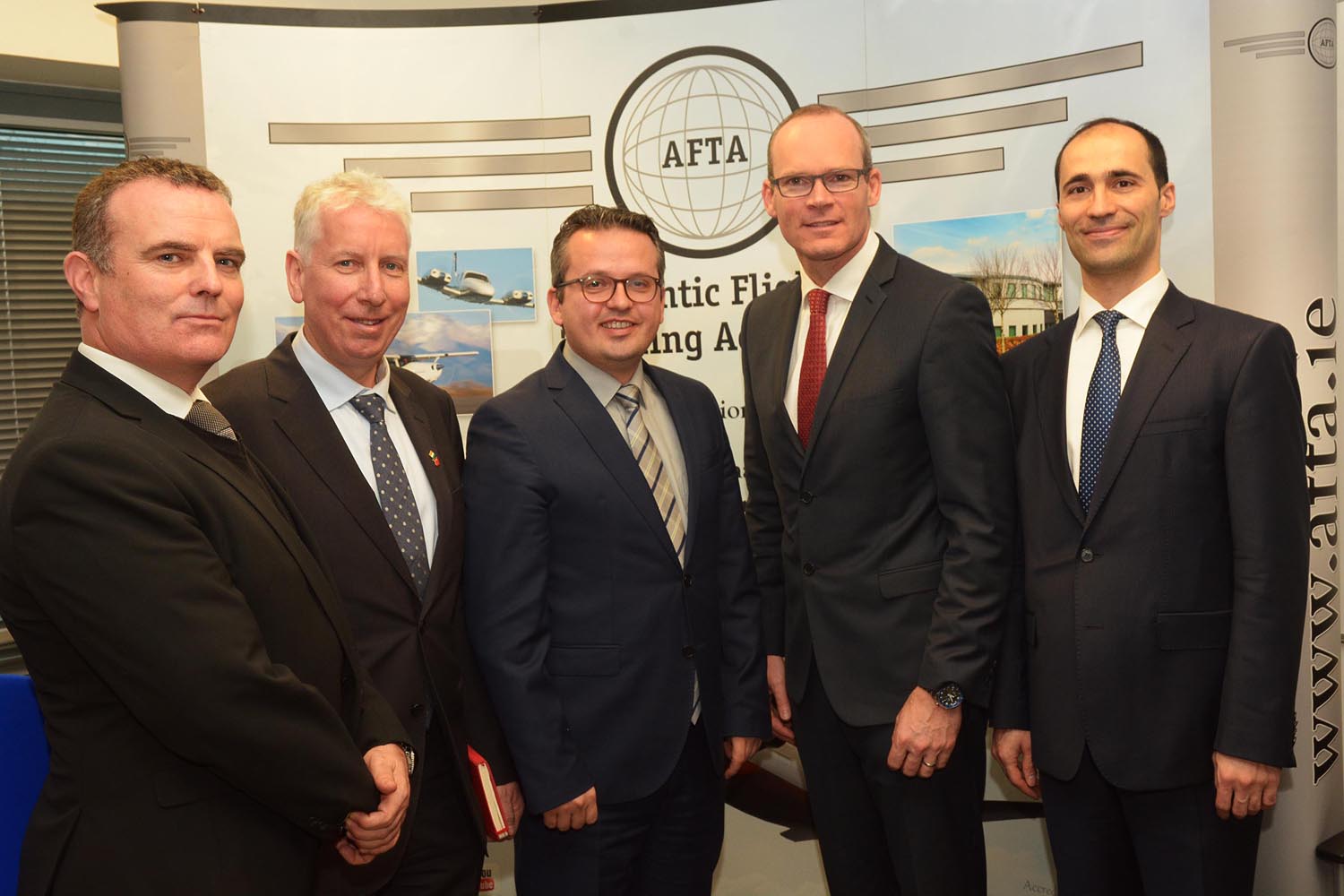 Mark Casey, CEO Atlantic Flight Training Academy and Head of Pilot Training, said “Since our foundation in 1995, AFTA have trained over 1,800 high-calibre graduate pilots for global airlines, in our modern fleet of Cessna and Piper aircraft, as well as, investing in the latest flight training equipment, including state-of-the-art Boeing 737 NG and FNPT II fixed base simulators. We are delighted that our commitment to advanced cadet training and safety, has been recognised by Turkish Airlines through signing this commercial agreement, and we look forward to helping these cadets progress and build their future careers with Turkish Airlines.”

Mr. Simon Coveney, TD, Minister for Agriculture, Food, the Marine and Defence, commented “Turkish Airlines have been operating flights from Dublin for a number of years and have become one of the world’s leading airlines, with a fleet of almost 300 aircraft. I am delighted that they have chosen the Atlantic Flight Training Academy to be one of their training providers.

The academy has built up an international reputation in recent years as providers of highly qualified and trained pilots for a range of global airlines. The addition of Turkish Airlines to the list of its airline customers is a very significant milestone for the Academy, and for Ireland. I congratulate them on this success and wish them continued success into the future.”

Murat Balandi, General Manager, Turkish Airlines Ireland, said “Turkish Airlines will celebrate ten years in Ireland in 2016, and we are delighted that an Irish company has been chosen to train 20 of our new cadet pilots this year. Our pilots are trained to the highest standards available in the industry for our fleet of 299 passenger and cargo aircraft which fly to 280 destinations worldwide with 232 international and 48 domestic. It is really beneficial for us to see the cadets in their training ground at AFTA in Cork and we look forward to see them in the air as Turkish Airlines pilots over the years to come”. 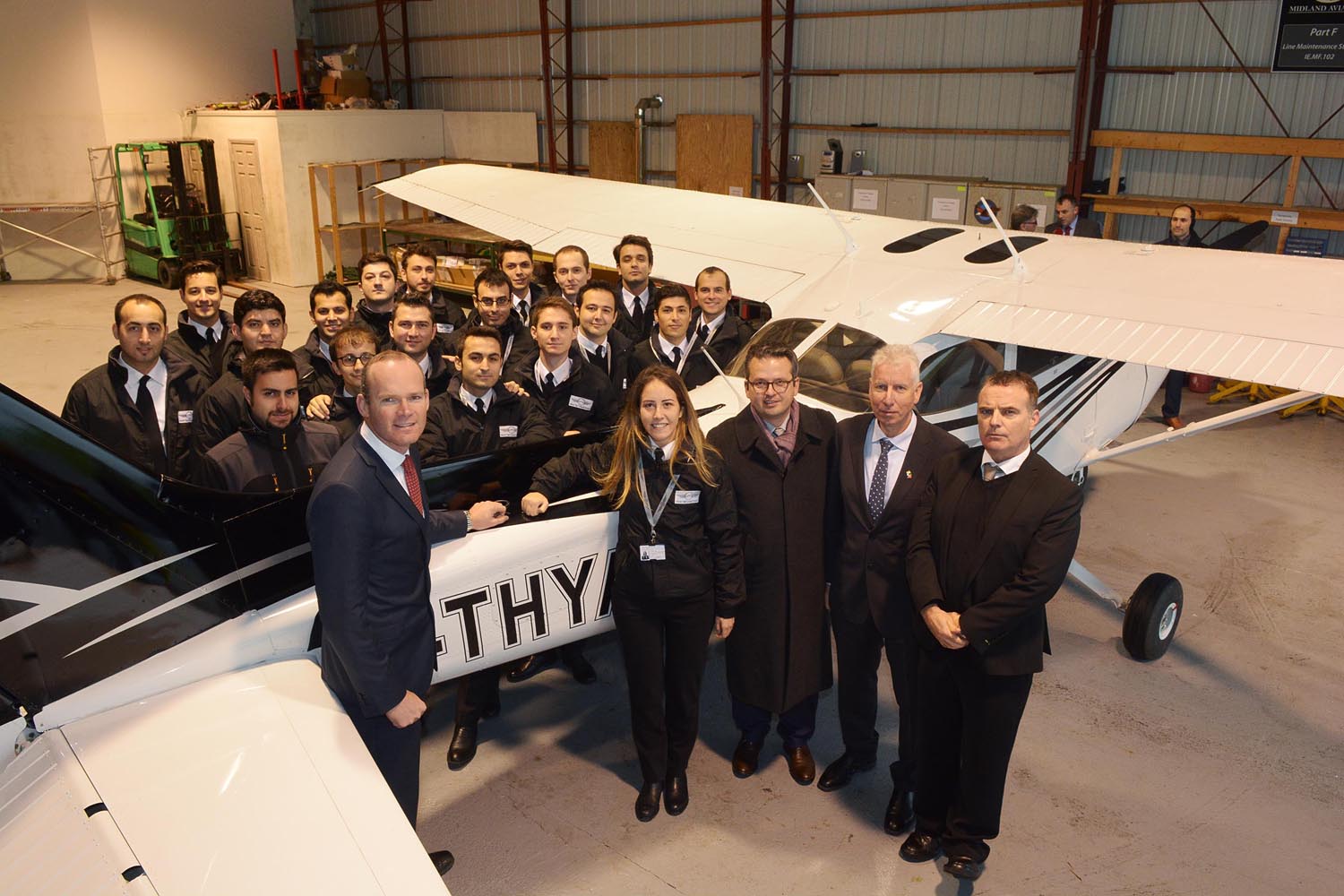 The first group of Turkish Airlines cadets at AFTA with the newest aircraft added to the fleet, aptly registered G-THYA!