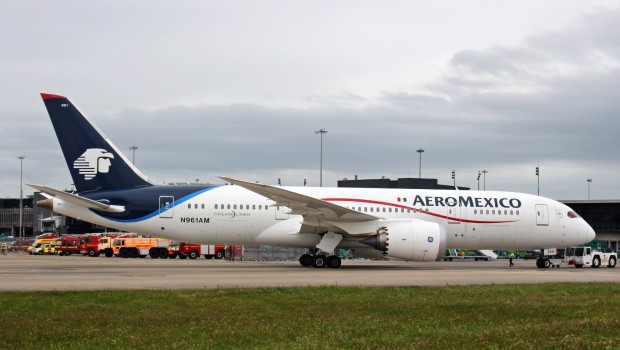 Today (29-06-15) Aeromexico flight AMX3 operated by Boeing 787 Dreamliner N961AM enroute from Mexico City to Paris CDG had a cargo hold fire warning in the rear hold just over 200 miles SW of Ireland and diverted to Shannon shortly after 2.30pm. The aircraft made a straight in approach to RWY06 and landed normally with the emergency services standing by. The aircraft was able to taxi to the terminal to off load the passenger before being pushed back to the remote parking before opening the cargo hold as the fire bottles had been discharged. No sign of any smoke,fire or heat were found. Later an engineer was flown from London to replace the fire suppressant bottles. The 193 passengers were taken to local hotels to await onward travel arrangements.