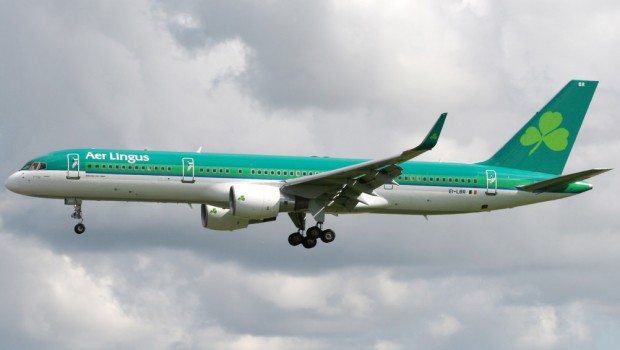 The Minister for Transport, Tourism and Sport, Paschal Donohoe TD, has announced that at its meeting today (Tuesday) the Government took a decision to support IAG’s offer for Aer Lingus. The Government decision was taken following detailed and careful consideration of all of the issues involved in a potential disposal of the State’s 25.1% minority shareholding in Aer Lingus and the extensive discussions that have taken place with IAG on the matters that the Minister highlighted in his statement of 24th February.

In the discussions between IAG and the inter-Departmental Steering Group since 24th February, IAG provided the additional information and certain commitments sought by the Minister.  This information and details of the offer to all Aer Lingus shareholders are outlined in the announcement made by IAG today.  Having carefully considered all elements of the offer, the Government considers that a sale of the State’s minority shareholding to IAG, on the basis of the terms offered, would be the best means of securing and enhancing Ireland’s connectivity with the rest of the world and maintaining a vibrant and competitive air transport industry in Ireland.  It would also best serve the interests of the travelling public, Aer Lingus and its employees, the Irish tourism industry and the Irish economy as a whole.

The Government also agreed this morning the General Principles of the proposed disposal of the State’s shares which are held by the Minister for Finance, and Minister Donohoe will seek Dáil approval for these shortly, as required under Section 3(5) of the Aer Lingus Act 2004.

The details of the offer and further details of IAG’s plans for Aer Lingus are contained in today’s announcement by IAG. However, the Minister wishes to highlight a number of issues that were of particular importance to the Government in deciding to support IAG’s offer.

·         IAG also believes that new indirect jobs are likely to be created in airport and airline support activities and in the broader Irish economy, in particular the Irish tourism sector.

·         IAG has also confirmed that the existing employment rights of the employees of Aer Lingus will be fully safeguarded.

In recognition of the importance of direct air services and connectivity for investment and tourism in Ireland, IAG has agreed with Government to include a number of legally binding connectivity commitments in its offer, particularly as regards access between Irish airports and London Heathrow Airport.

In relation to Aer Lingus’ slots at Heathrow, these commitments in summary provide that:

·           Aer Lingus’ existing slots at Heathrow will continue to be held by Aer Lingus.  This commitment is unlimited in time and will provide stronger protection for the State than the current arrangements provide; and

·           Aer Lingus will continue to operate its current daily winter and summer scheduled frequencies between London Heathrow and Dublin, Cork and Shannon for at least seven years post-acquisition (with the final two years of this period being subject to a condition that airport charges would not increase beyond certain levels).  In the first five years post-acquisition, Aer Lingus’ remaining Heathrow slots which are currently operated from Belfast would continue to be operated on routes to/from the island of Ireland,

in each case unless otherwise agreed by Government. Upon completion of the offer, these commitments will provide far greater certainty around connectivity to Heathrow into the future than the State currently has as a minority shareholder in Aer Lingus.

IAG has also agreed with Government to include legally binding commitments that protect the Aer Lingus brand and head office location in Ireland. The State has no such guarantees at present as a minority shareholder.

Subject to the approval of Aer Lingus shareholders, these connectivity commitments will be enshrined in Aer Lingus’ Articles of Association thus giving them legal effect.  Upon completion of the offer, the Minister for Finance will retain one share in the company, which will be redesignated as a new class of share and have certain rights attached to it, so that the prior consent of the Minister for Finance, in consultation with the Minister for Transport, Tourism and Sport of the day, will be required by Aer Lingus before taking any action inconsistent with the connectivity commitments.

In addition to the legally binding connectivity commitments, IAG has also outlined its plans for Aer Lingus in relation to securing wider connectivity for Ireland and its plans for job creation and growth at Irish airports which the Government fully supports.

·         In relation to sustaining and growing Aer Lingus’ current route network, IAG has outlined plans that would promote Ireland’s wider connectivity and make better use of the infrastructural investment that has taken place at Irish airports.

·         In particular, IAG plans to use Dublin as a natural gateway hub for transatlantic routes and IAG anticipates that connectivity through Aer Lingus’ short-haul services, including on the Dublin, Cork and Shannon to London Heathrow routes will benefit directly from sales and marketing activities conducted on Aer Lingus’ behalf by IAG and its partner airlines.

·         By 2020 IAG believes that IAG and Aer Lingus could deliver up to 2.4 million more passengers, four additional destinations in North America (in addition to the recently commenced Dublin-Washington service) and add eight additional aircraft to its fleet.  IAG anticipates that two of these new transatlantic services can be added in summer 2016.

·         By 2020, it is expected by IAG that Aer Lingus’ cargo capacity will have increased by 50% and that the transaction will bring enhanced access to IAG’s global cargo network for Irish customers.

·         IAG’s plan for Aer Lingus is to sustain and grow its business at Cork airport. IAG has stated that Aer Lingus’ services from Cork to Paris and Amsterdam will be continued and that growth opportunities with tourism and business interests in the Munster region will be pursued.

·         In the context of sustaining and growing services at Shannon, IAG has indicated that Aer Lingus’ services to Boston and New York are expected to be strengthened and options to enhance the existing all-business British Airways twice-daily service (from Heathrow to JFK via Shannon) will be considered. IAG has stated that growth opportunities with tourism and business interests in our Mid-West region will be pursued together with IAG’s US partner, American Airlines.

·         IAG also plans to sustain and grow Aer Lingus’ business at Knock Airport, by maintaining the service to London Gatwick and actively working with Knock Airport to explore the new growth opportunities that will be available as part of IAG.

·         With regard to the offer price, on the basis of the advice received from its expert financial advisers, the Government considers the IAG offer price of a cash payment of €2.50 per Aer Lingus share to be acceptable and is satisfied that it represents fair value to the State as a shareholder from a financial point of view.  On this basis the Government has agreed to the disposal of its shares in line with the General Principle of a cash payment of at least €2.50 per Aer Lingus share.  The Government notes that Aer Lingus’ annual dividend of €0.05 per share for 2015 will be paid on 29th May and that this payment will take place irrespective of the IAG offer.

The Government has agreed that the proceeds of any sale of the State’s shareholding in Aer Lingus should be used to establish a new ‘Connectivity Fund’ as a sub-portfolio of the Ireland Strategic Investment Fund (ISIF). The Minister for Finance will seek the approval of the Oireachtas in due course for the payment of the proceeds of any such sale into this fund in accordance with Section 46(2) of the National Treasury Management Agency (Amendment) Act, 2014, should such a sale proceed.

The Minister welcomed confirmation he received today from the Aer Lingus Chief Executive, Stephen Kavanagh, regarding Aer Lingus’ position on Registered Employment Agreements and indicating that Aer Lingus is committed to expanding the scope of Registered Employment Agreements where appropriate to include staff groups not covered by the current Agreements.  Mr. Kavanagh also indicated that Aer Lingus will engage in a process of consultation governed by agreed structures with staff and their representatives when any restructuring is required and that he does not foresee a likelihood of either compulsory redundancy or non-direct employment under IAG ownership.

As the holder of the State’s 25.1% shareholding in Aer Lingus, the Minister for Finance’s acceptance of IAG’s offer will be dependent on a number of conditions being met to ensure the connectivity commitments are implemented as agreed with IAG. As is usual in such situations, IAG’s offer is also conditional on a number of other matters, including merger clearance from the European Commission, before it can be completed. These are outlined in detail in IAG’s announcement.

Commenting on today’s Government’s decision, Minister Donohoe said: ‘My Cabinet colleagues and I have discussed the future of the State’s minority shareholding in Aer Lingus on a number of occasions since IAG first announced its interest in acquiring Aer Lingus in December 2014.  We have very carefully considered all of the issues involved and have concluded that supporting IAG’s offer is in the best interests of the airline, its employees, the travelling public, job creation and the economy overall given the vital role that air access plays in our economy as an island nation’.

“This proposed offer has been the subject of very detailed discussions and negotiations with IAG since the board of Aer Lingus indicated on 27th January that it was prepared to recommend the offer. The Government has secured important guarantees in respect of Ireland’s future connectivity, particularly to London Heathrow, and on the maintenance of Aer Lingus’ iconic brand and of its head office in Ireland.  IAG has set out ambitious growth plans for the company and the Government is confident that supporting IAG’s offer for Aer Lingus is the best way of securing Aer Lingus’ future in an increasingly competitive global airline market and of enhancing Ireland’s connectivity with the rest of the world and our potential for growth and development into the future.”