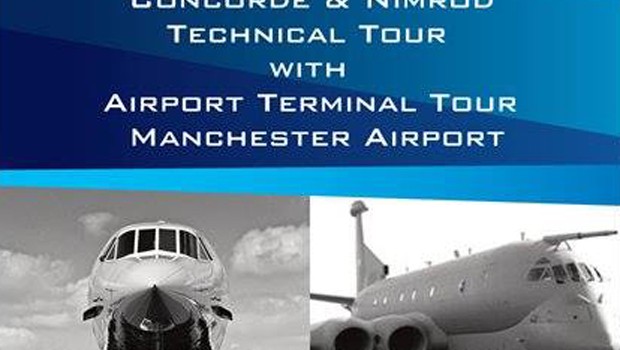 Airliner Experience has secured a private visit to Concorde & RAF Nimrod at the Runway Visitors Park – for an Enthusiast’s Group Visit including a separate Terminal Tour of Manchester Airport – on Thursday 18th of June 2015.

With this special permission the group of Aviation Enthusiast’s will enjoy a one hour guided Airport Terminal Tour before attending the Runway Visitors Park to begin our own private Technical Tour of Concorde and Nimrod lasting two and a half hours punctuated by arrival and departure of Emirates A380. During our visit to the other attractions at the Runway Visitors Park which include Trident, Avro RJX & DC-10, ‘spotting’ of scheduled aircraft movements will occur which may include Singapore B777, Virgin Atlantic B747 & Thomson B787…..with Information Session and Q&A’s …..Places Strictly Limited…..Register your interest at airliner-experience@live.com

For more information and to register your interest contact, airliner-experience@live.com 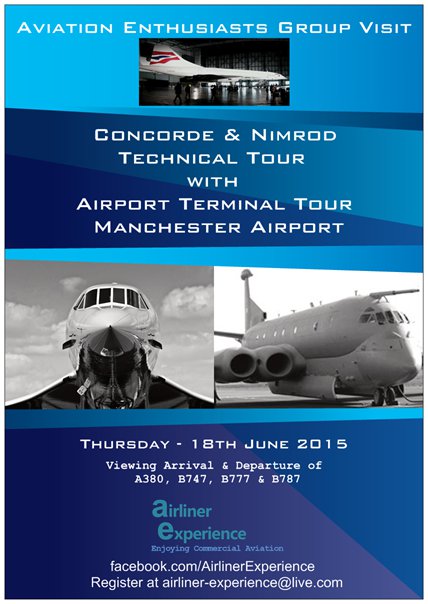