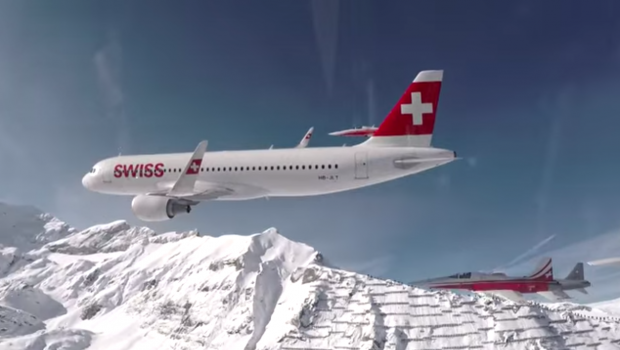 You may have seen our formation flight with the Airbus A320 together with Patrouille Suisse at the Ski World Cup Lauberhorn 2015 in person or on television. But there is more! Join us now and have a look at the preparations a skier undergoes before the downhill race, how technicians prepare our aircraft before a flight and take a unique look at the work of our pilots in- and outside the cockpit. Enjoy the display from more than 30 different camera angles from inside the Airbus, the F5 Tigers of the Swiss Air Force and from the ground. Produced by SkyProduction.ch for Swiss International Air Lines