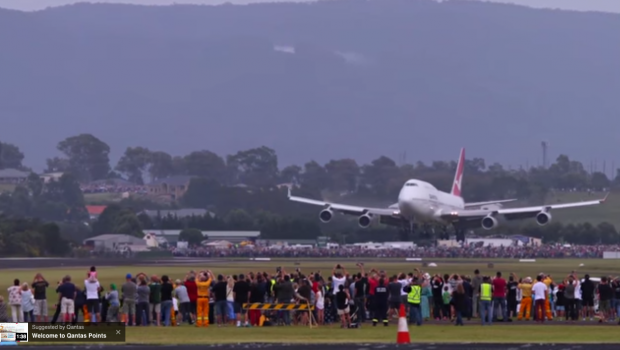 The “Queen of the Skies”, our VH-OJA as QF7474 taking her final flight. Thanks for the memories “City of Canberra”.